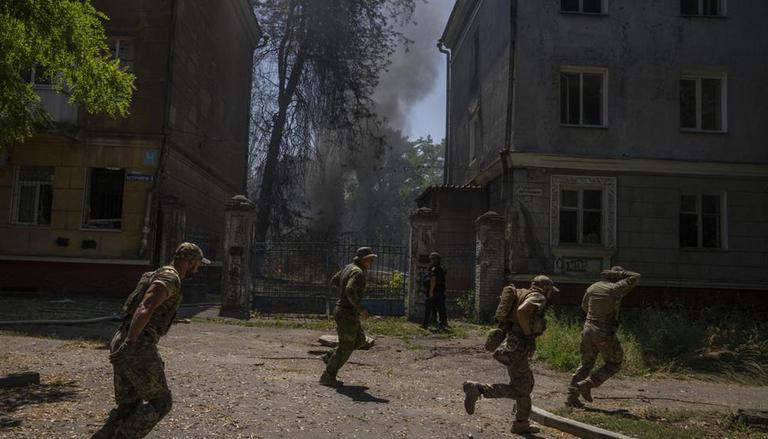 As the brutal conflict between Russia and Ukraine continues to escalate, with Russian forces relentless in their pursuit of attacks on the former Soviet state, Ukraine’s Defense Ministry has claimed that 70% of strikes hit residential areas and that the remaining 30% of missile strikes target Ukrainian military infrastructure. According to Defense Ministry spokesman Oleksandr Motuzyanyk, “30% of Russian missile strikes target military infrastructure, most hit civilian areas”, while “70% of Russian strikes hit residential areas without military objectives “, reported Kyiv Independent.

Today russia-terrorist attacked 2 biggest universities in Mykolaiv. At least 10 missiles. Now they are attacking our education. I ask universities in all democratic countries to tell Russia what it really is – the terrorist pic.twitter.com/VNiRxNbT89

It comes at a time when Russia has already been accused of destroying universities in Ukraine, as two of Mykolaiv’s biggest universities were burned to the ground on Friday morning after Russia launched 10 missile strikes targeting Ukraine. Admiral Makarov National Shipbuilding University and Sukhomlyi Mykolaiv National University. The visual of the explosion was shared by the head of Mykolaiv Oblast, Vitaly Kim, who said Russia was now attacking his educational institutions and called on all democratic countries to condemn the Kremlin’s war crimes . He also called Russia “a real terrorist”.

Taking to Twitter, Vitaly Kim wrote, “Today Russian terrorists attacked the 2 biggest universities in Mykolaiv.” At least 10 missiles were launched. Now they are attacking our education. I ask universities in all democratic countries to claim Russia for what it really is – the terrorist. ”

8,000 Russian soldiers killed since the start of the war: Ukraine

The Ukrainian armed forces announced on Friday that they had succeeded in eliminating a total of 38,000 Russian soldiers since the start of the war. In addition to this, a total of 220 aircraft, 1672 tanks, 188 helicopters, 3866 APVs, 15 boats/cutters, 842 artillery systems and 681 drones among other war equipment were destroyed by Ukrainian troops.

Doctors among victims of Putin’s cruise missile attack on city