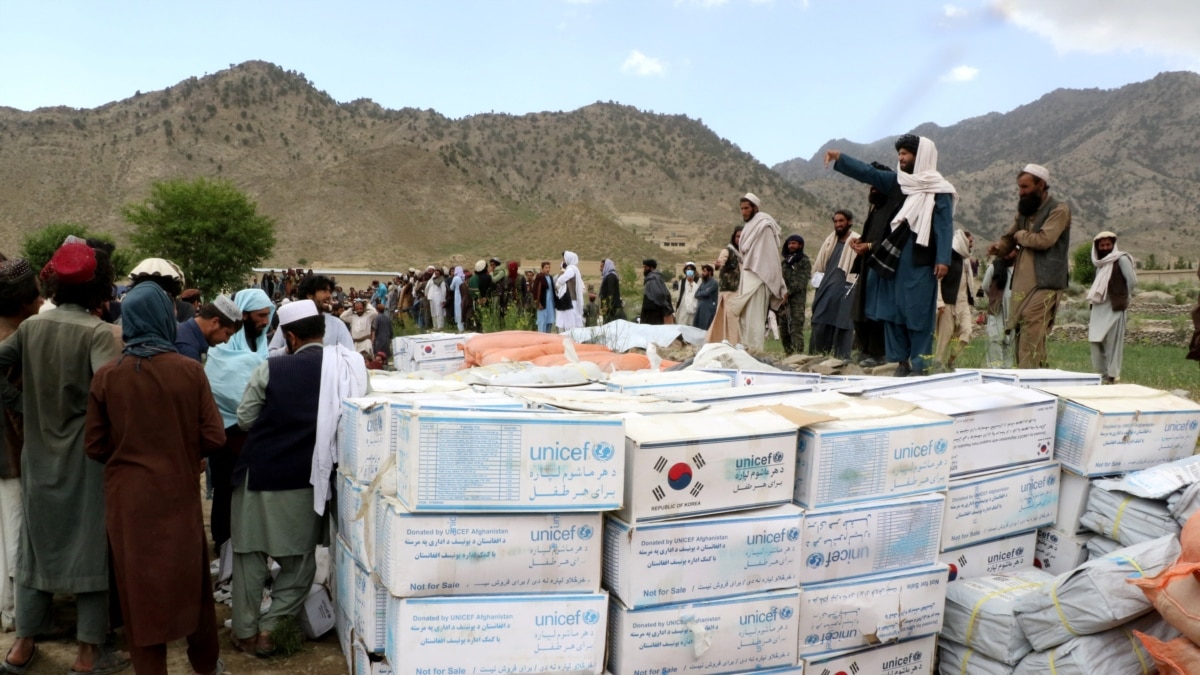 6 million Afghans at risk of starvation as winter approaches

The United Nations said on Monday that 6 million Afghans are on the brink of starvation, with winter approaching and humanitarian appeals grossly underfunded.

But he painted a gloomy picture.

Griffiths said 24 million people needed some form of humanitarian aid and nearly 19 million of them faced acute hunger. It is estimated that 3 million children suffer from acute malnutrition.

“They include more than a million children who are estimated to suffer from the most severe and deadly form of malnutrition,” he said. “Without specialist treatment, they could die.”

The UN launched its biggest appeal ever last year, asking for $4.4 billion to help Afghans, but faces a shortfall of $3.14 billion as winter approaches. Griffiths said $614 million was urgently needed to repair shelters and provide warm clothing and blankets, along with another $154 million to pre-position supplies in remote areas that are hard to reach in winter.

“But we are against time,” he said. “These activities are to be implemented within the next three months.

Over the past year, Griffiths said, humanitarians have helped nearly 23 million people.

“But let me be clear. Humanitarian assistance can never replace system-wide service delivery to 40 million people across the country,” the aid chief said.

He called on the international community to stand with the Afghan people and the de facto Taliban authorities to do their part.

Since the Taliban took power just over a year ago, the suspension of most international aid, which had supported the previous government, has contributed to the breakdown of many basic services, including electricity, health services and education. Inflation is rampant and the price of ordinary goods is beyond the reach of most Afghans.

In addition to the political crisis, there was an earthquake and severe flooding. Afghanistan is also reeling from the effects of two severe droughts, in 2021 and 2018. After drastically decreasing, civilian casualties have started to rise again.

“The past three weeks have seen the highest number of civilian casualties in a month-long period since August 15, 2021, in a series of improvised explosive device attacks in Kabul, most claimed by ISIL- K [Islamic State Khorasan]”, said Markus Potzel, acting head of the United Nations Assistance Mission in Afghanistan.

Russia and US Trade Critics

Russia called for Monday’s meeting and used the opportunity to criticize the United States and its NATO partners for its 20-year war on terror in Afghanistan.

“In the end, the Afghan people, who, as our American colleagues told us on several occasions, were there to protect them, were left to their fate,” said Ambassador Vassily Nebenzia. “They came face to face with ruin, poverty, terrorism, hunger and other challenges.”

US Ambassador Linda Thomas-Greenfield said Washington and its allies have continued to help the Afghan people, providing humanitarian aid and other forms of assistance.

“What do you do to help other than rehash the past and criticize others? she asked her Russian counterpart. “If you fear that Afghan women and children are dying, how do you help them?

She noted that Washington has provided more than $775 million in humanitarian aid to the Afghan people over the past year.

“To date, Russia has contributed only $2 million to the UN’s humanitarian response plan for Afghanistan,” she said. “And Russia has paid nothing – not a penny – nothing this year.” She suggested that if Moscow wanted to talk about how Afghanistan needs help, that’s fine, “but we humbly suggest you put your money where your mouth is.”