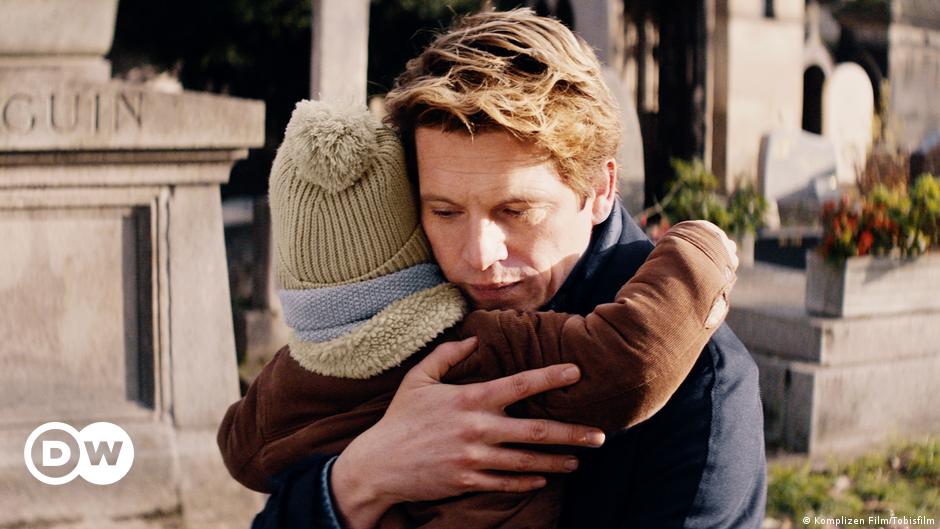 Seven years ago, on November 13, 2015, three Islamist terrorists armed with assault rifles and explosive belts stormed the Bataclan during a concert by American band Eagles of Death Metal, taking the audience hostage and killing 90 people.

Around the same time, 40 people were murdered in attacks on bars, restaurants and at the Stade de France national stadium. The attacks in Paris perpetrated by the terrorist organization Islamic State (IS) have struck France deeply, and the Bataclan has become its symbol.

This night of November 13, the journalist Antoine Leiris loses his wife Hélène. Both were young parents, their son Melvil was only 17 months old.

As the world struggled to find an explanation for the inconceivable horror of the attacks, Leiris posted an open letter on Facebook. In moving words, he addressed the attackers and denied them, “dead souls”, his hatred – and that of his son. The message went around the world.

Later, Leiris published a book about how he struggled to come back to life with his son, titled “You will not have my hatred”.

Now a movie based on the book, directed by German filmmaker Kilian Riedhof, has been released.

A parent recommended the book, Riedhof told DW. A father and husband himself, it moved him so much he ended up making a movie: “To imagine how this terrorist attack could affect you is a nightmare happening to this family,” he says, adding that the book hit close to home. away, and that he knew he wanted to make a movie out of it.

Riedhof meets Antoine Leiris in Paris. Concerns that Leiris might prefer a Parisian filmmaker were immediately dispelled. “He thought it was good that we had some distance from the epicenter of the action,” says Riedhof. “After all, it takes a certain distance to understand some things.”

The filmmaker has therefore assumed the role of supportive friend, while being “very aware of his responsibility”. The trauma is still very fresh in Paris, he said, adding that an incredible number of people have stories about that night.

As a result, Riedhof took a cautious approach to the film.

Pierre Deladonchamps plays the role of Leiris; he resembles her and brings the charm and intellect that Leiris exudes despite his grief. Deladonchamps conveys with absolute credibility the shock and the trauma, but also the healing of a man who comes back to life with the help of his son.

Their apartment is their cocoon, their shelter, where everything reminds them of Hélène, but also gives them the strength and the meaning to carry on. The camera is always very close to Deladonchamps and Zoe Iorio, who plays the role of Melvil.

“It was important for us to tell the story with gentleness and sensitivity. It was less about dramatization and more about listening and empathy,” says Riedhof. Attacks, assassins, corpses are not shown in “You Will Not Have My Hate”.

The film instead focuses on the effect of such an act on a family. “Having to deal with the feeling of hatred and despair and overcome it…Making it a physical experience for the viewer was definitely a major task,” the director said.

Take back the Parisian night

After the terrorist attack, the Bataclan hall remained closed for about a year while it underwent a major renovation. Then the Parisians reclaimed the place defiantly declaring “I’m on the terrace” returning to the terraces of cafes and bars. They refused to be bullied or have their lifestyle taken away.

When the Bataclan reopened, British musician Sting said he wanted to remember the victims but also celebrate music and life.

A few days before the seventh anniversary of the attacks, on October 23, 2022, the German folk pop duo Milky Chance performed in front of an enthusiastic audience at the Bataclan.

“Now we are used to working here, but it always does something to you. We always think about it,” Karim and Djerry, who work for security at the Bataclan, told the German news agency dpa before the start of the Milky Chance concert.

Playing at the Bataclan was a “balancing act”, said Philipp Dausch of Milky Chance, adding that maybe that was the challenge. His band colleague Clemens Rehbein said that “after all, it’s a very positive response”.

“The fact that concerts are taking place here again and the atmosphere is so exuberant does not mean, or should not mean, that people forget what happened,” he says.

Through his research for the film, director Kilian Riedhof observed that the night of terror is still very present in the minds of Paris: “The wound is still felt today, people have a very concrete link with this night “, he says. “But I think that Parisians very quickly started to counter it with life, to have this beer on the terrace, and to respond with culture.”

The message of the terrorists was to hide: their objective was to sow fear. But “the Parisians understood very quickly that this is exactly what we cannot do. We cannot let ourselves be driven out of public places. They chose to come back to life, to be together, to defend culture — theater, music, cinema — because that’s just the right answer to hate.”

This article was originally written in German.