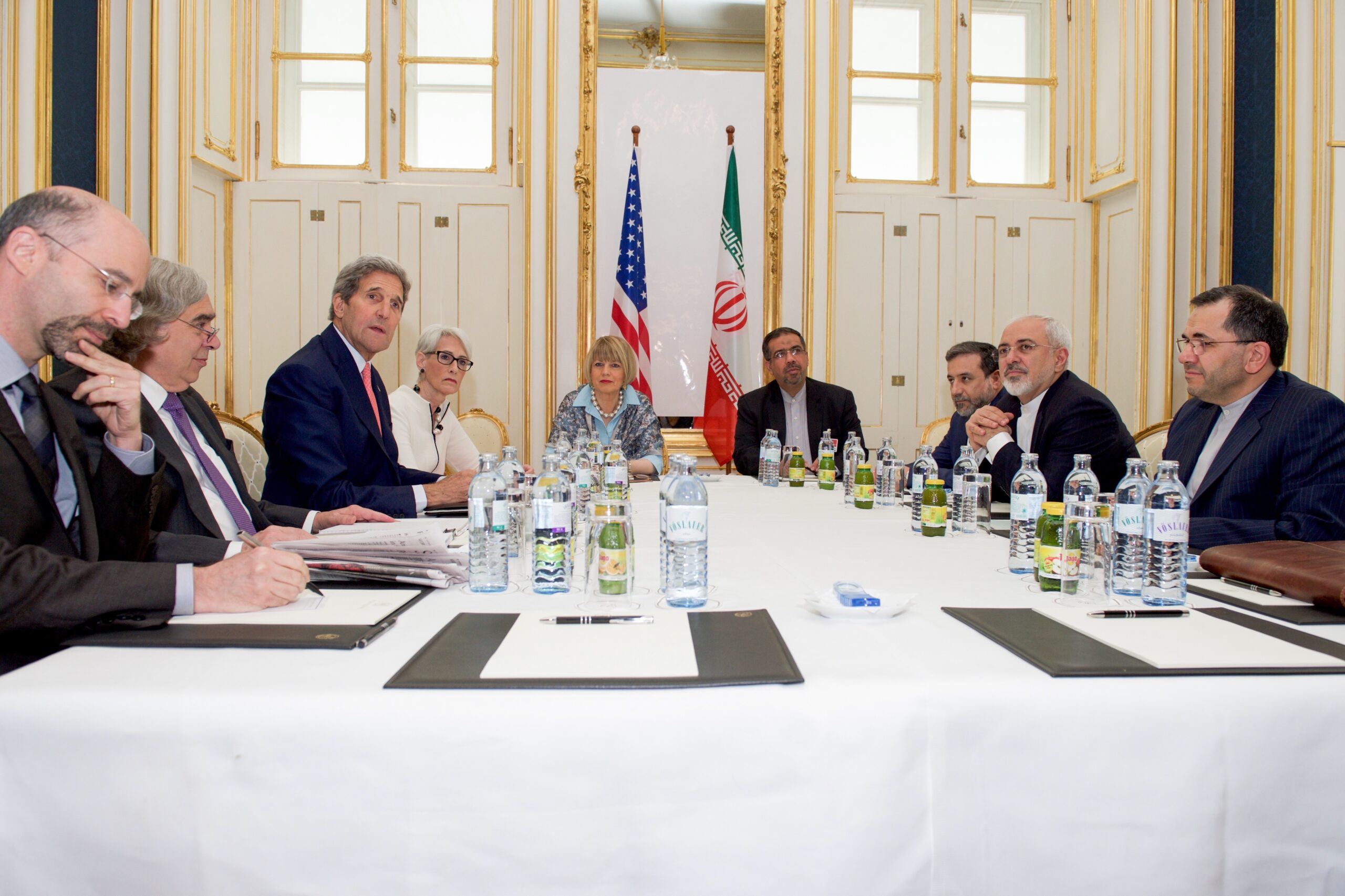 Iran has a new demand for US diplomats as they conclude what will hopefully be the final round of negotiations for a new nuclear deal later this month: Remove the 2019 US Foreign Terrorist Organization (FTO) designation on the Islamic Revolutionary Guards of Iran (IRGC). The United States should reject this request, even if it risks Iran failing to comply with the negotiations. Removing the terrorist stigma from the IRGC will embolden Iranian proxies and anger regional allies.

FTO designations can be awarded to groups if they meet three criteria under US Code §1189— the group must be foreign, engaged in terrorist activities and threaten the national security of the United States. By labeling a group an FTO, the United States creates extraterritorial criminal and civil liability for parties contracted to provide material support to it. There are currently 73 listed groups and their status is reviewed every five years by the US State Department.

Maintaining the FTO designation puts political pressure on states that interact with the IRGC, namely Iraq, Syria and Lebanon, to significantly alter their relationship or risk international pariah status. The Iranian market becomes dangerous for potential business partners, as any transaction with the country could be seen as IRGC funding since it is state-sponsored. The designations also clarify the United States’ attitude toward international actors and let Iran know that the actions of its paramilitary organization are not condoned by the United States, regardless of any future diplomatic re-engagement.

In February 2021, the United States deleted the FTO label of the Houthis, a Yemeni Shia militia that receives direct funding from the IRGC. The purpose of this de-designation was to better provide Yemeni civilians with humanitarian aid. The designation made it difficult for human rights groups and charities to donate food, medical supplies and cash as a Saudi-led blockade starved the country. However, the Houthis made no concessions, and less than a year later the group took advantage of this gesture by launch drone strikes on the United Arab Emirates.

The aftermath of this attack was swift. During the month, the Saudis and Emiratis worked together to conduct Airstrikes over the Yemeni capital of Sanaa. The Houthis, using weapons supplied by Iran, responded with strikes on Saudi airports and other civilian sites. The US Treasury Department subsequently designed new punishments on the Houthis’ financial network, specifically implicating the IRGC. Canceling the IRGC’s designation to revert to a nuclear deal would send mixed messages from the Biden administration to the Arab world and encourage Iran to spend its newly sanction-free assets on other excellent investments in the militia to counter influence Sunni.

Not only will the UAE and the Saudis feel abandoned by the United States if they take this course, but Israel will also question the sincerity of the United States in its stated goal of preserving Israeli sovereignty, whether the Iran does not recognize. Iran’s Supreme Leader Ali Khamenei demands ‘all Muslims must fight until the annihilation of Israel’, and facilitating Tehran’s ability to provide its most extreme fighting force with outside money will bring the regime closer of this objective.

Instead of dropping the FTO designation from the IRGC without concessions, the United States should consider making public the non-statutory factors involved in granting such a designation. This action would inform the international community about the objective criteria involved in US counterterrorism strategies and prevent Washington from appearing disorganized on designation issues between presidential administrations.

recent Iran budget and presidential cabinet appointment should inform the Biden administration that a nuclear deal will not change Iran’s priorities to support the IRGC at the expense of the civilian population. Iran is spending more than ever on guards. Removing the bureaucracy around the IRGC as it expands its weapons research and production capabilities would betray close relationships that have taken decades to build. No nuclear deal should impact the FTO de-designation process, and past Houthi conduct justifies reluctance to cave to Iranian demands. Removing the terrorism label should require effort from the offending party, which the Islamic Republic is unwilling to provide.

Thank you for your registration! Please check your inbox for an email confirming your subscription.