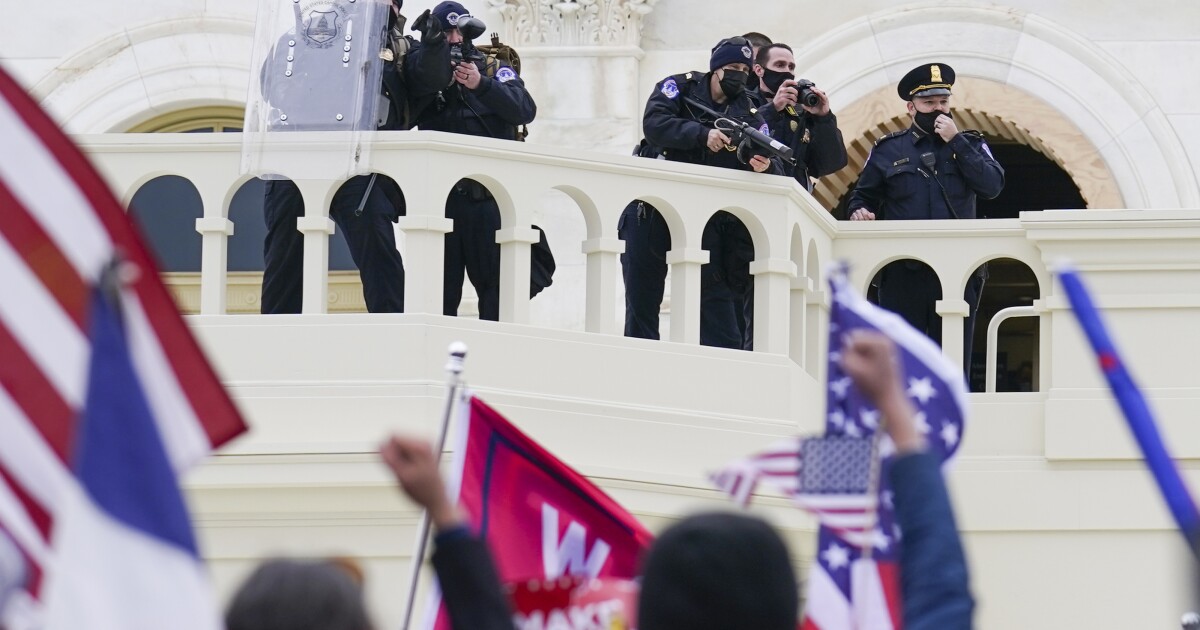 America is a haven for terrorists. What can we do?

In the aftermath of the September 11 attacks, Americans naturally became obsessed with terrorist threats from abroad, particularly the “refuge” of Afghanistan which was the launching pad for the attacks.

Today, however, perhaps the greatest threat to our nation comes from within, and we are ill-equipped to combat it.

The United States has become a de facto safe haven for national terrorists due to essential constitutional protections, outdated strategies, and inadequate funding and focus. The US Constitution has indeed become a weapon against us. The 1st and 2nd amendments should be kept, of course, but what to do when our protected rights endanger the republic?

This is not simply an exercise in reflection, but a point of continuing tension in US counterterrorism efforts over the past two decades and well before that. I worked in the State Department’s Counterterrorism Office from 2008 to 2018, a decade in which domestic threats continued to increase. During testimony before the House Homeland Security Committee, FBI Director Christopher A. Wray put into words what I had witnessed. The internal threat posed by anti-government and racially motivated groups, he noted, must become a more important focus of counterintelligence work. Wray’s sober testimony is wise but discreet. The United States must face this threat with greater urgency.

Safehouses are physical spaces, usually poorly governed, that allow extremists to organize, recruit, train, proselytize, disseminate propaganda, and raise capital to plan attacks. Extremists of various ideologies have used American shelters to collect the tools of murder in order to kill their enemies. At the same time, their widely disseminated propaganda spawned sidekicks. Instead of tiny windows to operationalize an attack, American white supremacists and other anti-government types have avenues wide open in the United States to create chaos.

The recent attacks in the United States show how our soft approach to combating domestic terrorism has cost lives and undermined our security. the Dylann Roof massacre of nine black worshipers in Charleston, South Carolina, in 2015; Robert Bowers’ AR-15 attack in 2018 that left 11 people dead in a Pittsburgh synagogue; and the January 6 insurgent attack on the United States Capitol each ticks all three boxes for what constitutes a terrorist act: targeting non-combatants, violence or threat of violence, and instilling fear among an audience that will beyond the direct intended target.

The reluctance to treat national and international terrorism equally is inexorably linked to constitutional freedoms and a history of government excess. The FBI broke US law in the 1960s by spying on Reverend Martin Luther King Jr. and others. Through an effort dubbed the Counterintelligence Program, the government has treated peaceful civil rights activists like terrorists and violated their constitutional rights. These painful memories rightly persist and should give us pause for thought, but they should not hamper our ability to accuse mass shooters like Roof, Bowers or the most dangerous insurgents of a terrorist boss. We can protect individual rights while building a legal framework that allows for stronger efforts to quell domestic terrorism.

Those who exploited the American safe haven often hid behind the constitutional rights provided by the 1st and 2nd Amendments. Of course, neither of the two amendments is absolute. The 1st Amendment does not protect, for example, the use of social media platforms to plan, instigate and finance violence. And while anti-government groups have absolutist interpretations of the 2nd Amendment, passing laws that restrict access to firearms is well within the mandate of federal and state governments. With that in mind, there are steps the United States can take to disrupt America’s role as a safe haven.

First, we need to move the resources. This means devoting more FBI funds to understanding and then mitigating the threat at home, but without neglecting the still virulent threats from abroad. We also need to refocus foreign resources and personnel, such as the CIA, to tackle the far-right transnational threat. This would require adjusting our foreign intelligence gathering structure so that we can decipher and then undermine this threat. We have already started this recalibration of counterintelligence efforts, although we need the kind of national-international coordination that was particularly lacking before the September 11 attacks.

We also need to manage the social media platforms that make fundraising, recruiting and attack planning quick and easy. Social media has become fertile ground for a terrorist ecosystem that knows no borders, as Facebook whistleblower Frances Haugen made clear. It has been used to prepare future extremists and to whitewash hatred. The United States is a net exporter of white supremacist extremism, and America’s safe haven foments violence in the United States and abroad.

We should consider measures that would remove some of the legal liability protections that social media companies have enjoyed. For example, when Silicon Valley algorithms recommend disinformation, conspiracy theories, hate, or violent content, they should be held accountable. If someone has radicalized online thanks to algorithms that point them towards extremist content, the creator of the content should be prosecuted in civil court and the government should impose fines on the company, just like the government. American does this when financial institutions allow money launderers to visit. ill-gotten funds.

This work must begin now rather than after the next domestic terrorist attack, when emotions run high and the government most likely goes too far. The United States fell into this trap after September 11, when the excessive surveillance and torture of prisoners, many of whom were innocent, became tools of counterterrorism. These policies have not made America safer. Instead, they created more radicalization and provided bad actors with an effective recruiting and propaganda tool.

By developing a more robust framework with oversight and input from privacy and civil liberties experts, alongside counterterrorism experts, we can better tackle domestic extremists and ensure that our constitutional freedoms are not eroded.

Jason M. Blazakis is Professor of Practice at the Middlebury Institute of International Studies. He was the Director of the State Department’s Counterterrorism Finance and Designations Office in the Counterterrorism Bureau from 2008 to 2018.

NOTICE: The question remains: why was the PS752 shot down?