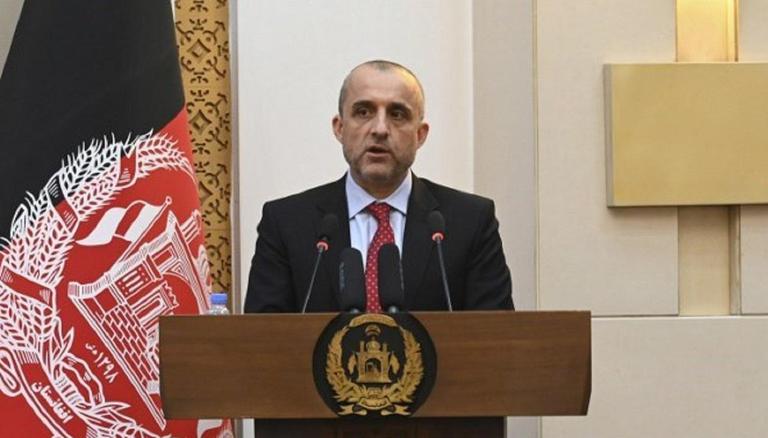 Former Afghan Vice President Amrullah Saleh said on February 5 that the Taliban were spreading false information about a higher dollar exchange rate for their own gain. He said the Taliban, especially the Haqqani criminal and terrorist network, are seeking tens of millions of dollars in aid from the UN to buy low and resell high to dealers, from where they spread the false rate.

The former leader of Afghanistan wrote on Twitter: “The announcement of the dollar rate is false. Not found in the dollar market. This false rate is due to the fact that the Taliban, in particular the criminal and terrorist network Haqqani , are relying on tens of millions of dollars in UN aid to buy it cheap and sell it at high rates to traders No one dares to bid on dollars.

In a later tweet, Amrullah Saleh said that free trade, like freedom of the press, had ceased in Afghanistan since the Taliban took power. His tweet read: “The exchange rate of the dollar against Afs in Kabul is wrong. The price announcement is manipulated by HQN to obtain the 130 million dollars from the UNDP at a low price. No dollars are available in the money markets. No money dealer can dare to participate in auctions either. Free trade is gone like the free press. CHECK.”

The exchange rate of the dollar against Afs in Kabul is wrong. The announcement of the price is manipulated by HQN to obtain the 130 million dollars from the UNDP at a low price. No dollars are available on the money markets. Nor can any silver dealer dare to participate in auctions. Free trade has disappeared like the free press. CHECK.

It should be noted that following the Taliban’s seizure of power on August 15, hundreds of thousands of Afghans were forced to the brink of starvation and misery. Repeated US sanctions and embargoes have caused banks to collapse and currencies to fall. Meanwhile, droughts have exacerbated the situation, causing mass migration of Afghans.