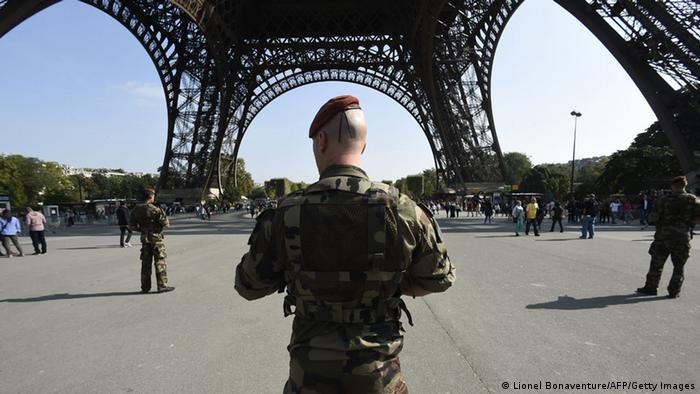 On October 13, a man shot eight people with a bow and arrows in Kongsberg, Norway, a town southwest of the capital, Oslo. Five people were killed and three others were injured. The suspect, identified as Espen Andersen BrÃ¥then, 37, a Danish citizen born in Norway, was subsequently arrested. BrÃ¥then claimed to be a convert to Islam, but according to the Islamic community in Norway, his conversion was only based on his announcement and therefore was not valid. According to press reports, BrÃ¥then’s confusing behavior was widely known and he was suspected of suffering from a mental illness. The Norwegian Police Security Service (PST) was previously notified of BrÃ¥then in 2015. While BrÃ¥then’s motive is investigated, the crime is investigated as an offense of terrorism (nrk.no, October 15; Islamisk RÃ¥d Norge, October 17).

Two days after the Kongsberg attack on October 15, a British Conservative MP, Sir David Amess, was stabbed to death by a Briton of Somali descent during a constituency meeting in Leigh-on-Sea, England. The arrested author was later identified as Ali Harbi Ali, 25. Ali had been referred to the Prevent counterterrorism program a few years ago, but has never been a subject of official interest to MI5, the UK’s Homeland Security Service. The attack is being investigated as a terrorism offense (BBC, October 17).

Both attacks brought back memories of terrorist attacks Norway and the UK had suffered in their recent past. Norwegians remembered the terrorist attacks in UtÃ¸ya in 2011 by Anders Behring Breivik and the British the murder of Labor MP Jo Cox in 2016, who was stabbed and shot by Thomas Mair, as well as the stabbing in 2010 of the Member of the Labor Parliament, Stephen Timms. , by Roshonara Choudhry. At the same time, the Kongsberg and Leigh-on-Sea attacks are part of a general and growing trend on a European scale, in particular in jihadist terrorism.

According to Europol’s â€œReport on the situation and trends in terrorism in the EU 2021â€, Europe has experienced nearly 60 completed, failed and foiled terrorist attacks in 2020, with 22 people killed in terrorist attacks . Jihadist terrorism remained the greatest threat to the European Union, with the number of attacks carried out for jihadist ends increasing since 2019. (EUROPOL, June 22). Isolated actors were behind all successful attacks and mainly used simple â€œdual-useâ€ means of attack, such as stabbing and ramming vehicles. Some of the lone actors had displayed a combination of extreme ideologies and mental health issues, which were also at play in the Kongsberg and Leigh-on-Sea attacks.

This article takes a closer look at the jihadist terrorist attacks in France, Austria and Switzerland that preceded the latest attacks in Norway and England.

On its website, the DGSI, France’s internal security intelligence service, describes an “endogenous threat” from “radicalized individuals alone, especially on the Internet” and “with greater autonomy vis-Ã -vis the terrorist organizations (DGSI, June 18). The attacks in France can be divided into three distinct categories: first, the targets associated with alleged “insults to the Prophet”, as was most evident in the attacks in Paris in September and October 2020 and as it has become a reality. a very particular theme for France; second, the Christian churches and the faithful; and, third, the police.

On November 2, 2020, a dual Austro-Macedonian national from the North, Kujtim Fejzula, 20, engaged in a shootout, killing four people on Schwedenplatz in central Vienna and injuring more than 20 others before police Austrian does not neutralize it. After the attack, arrests took place in Switzerland and Germany. In Switzerland, two men, one aged 18 and one aged 24, were arrested because they had met Fejzula in Vienna.

In Germany, authorities continue to investigate two other friends of Fejzula, a 19-year-old and a 25-year-old living in OsnabrÃ¼ck and Kassel. Authorities suspect the two men were aware of the impending attack in Vienna and did not report the attack. Indeed, the two suspects had visited Fejzula in Vienna in July 2020 and had met other Austrian and Swiss extremists.

The 25-year-old is under investigation for trying to join ISIS in Syria. Both are suspected of belonging to a jihadist network called “Lions of the Balkans”, which also includes Fejzula. The network is also said to be made up of young men with family ties to the Balkans or the Caucasus, who missed the opportunity to travel and join ISIS in Syria, but identify with ISIS and consumed its propaganda (Tagesschau, November 11, 2020; Tagesschau, July 7).

Switzerland experienced its first jihadist-inspired terrorist attack on the evening of September 12, 2020, when a Portuguese national was fatally stabbed in a kebab restaurant in Morges. The author, a Turkish-Swiss national double identified only as “O”, had been known to the Swiss Federal Intelligence Service (Nachrichtendienst des Bundes, NDB) since 2017 “for the consumption and dissemination of jihadist propaganda” and was under surveillance for possible links with terrorism (Office of the Attorney General of Switzerland, September 14, 2020).

“O.” was arrested in April 2019 and remanded in custody following an arson attack at a gas station. During the investigation into the arson, the authorities came across “clues to a possible jihadist past” and broadened the investigation to terrorism offenses. The author’s detention term lasted a year and was repeatedly extended, but in July 2020 the court released the suspect from detention. However, “O”. remained subject to various alternative control measures, including a dusk-to-dawn curfew, regular reporting to authorities, and a ban on carrying weapons. These measures did not prevent “O”. of the launch of the September 2020 attack. While in Swiss police custody, “O.” would have confessed to having acted “out of revenge against the Swiss state” and for a jihadist motive. (srf.ch, September 18, 2020). As with several other attacks by lone actors in France, “O.” had a history of mental illness (nzz.ch, September 17, 2020).

On November 24, 2020, another jihadist attack took place in the city of Lugano, in southern Switzerland, when a 28-year-old woman stabbed and assaulted two other women in a department store. The suspect was known to the federal police during an investigation into “jihadist terrorism” in 2017. The woman was arrested at the Turkish-Syrian border on suspicion of intending to join ISIS. After returning to Switzerland, the woman was placed in a psychiatric clinic before committing the attack in Lugano (Aargauer Zeitung, November 26, 2020).

Terrorist attacks in Europe are currently dominated by â€œlow techâ€ attacks by isolated actors. While these attacks claim a relatively low number of victims, they contribute to a feeling of insecurity. France and to a lesser extent England have both faced this situation for some time now, but Austria, Switzerland and Norway had previously been largely spared jihadist attacks. In fact, in France, Austria and Switzerland, the recent attacks have led to legislative motions to strengthen efforts to fight terrorism. While hotly debated, these efforts are understandable, as current lone-actor jihadist perpetrators have become more difficult to trace, with blurry profiles between psychiatry, crime and activism, as well as inspiration from jihadist propaganda, but without concrete links. with terrorist organizations. .

In England, where anti-terrorism legislation is already strong, the murder of Sir David Amess has put the spotlight on the safety of politicians. It is an interesting question as to why jihadist terrorists (unlike far-right terrorists) acting alone have so rarely targeted politicians. After all, by targeting politicians, the political motivation for an attack becomes clearer.

The Vienna shooting in November 2020 stands out from the largely isolated trend, suffering from mental disorders and low technology, in that it appears Fejzula belonged to a larger cross-border network. This is a reminder that the threat and sophistication of jihadist terrorists should not be overlooked.