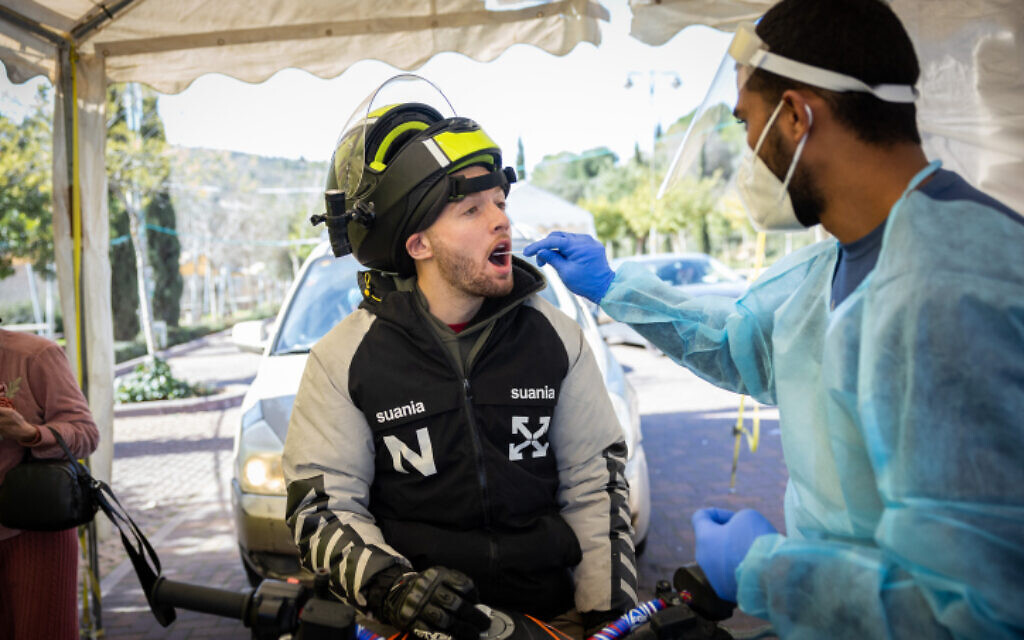 Bennett: The economy will stay open as much as possible in the Omicron wave

Prime Minister Naftali Bennett has said that despite the surge in COVID cases in the country, he is working to ensure the economy remains open.

“Omicron is a variant that infects more than all the other variants put together,” Bennett said in a live press conference ahead of a scheduled COVID cabinet meeting tonight.

But Bennett swears his goal is “to keep the market as open as possible and the economy to keep working.”

“I don’t want to see people lose their jobs, close their businesses,” he says. He calls on people to work from home as much as possible, and also notes that the state will fund quarantine days, including for the self-employed, as part of a new initiative approved by the finance ministry.

“Lockdowns are not working,” he said, pointing to other countries with lockdowns that also have skyrocketing cases.

Along with this objective, the Prime Minister said, are the objectives of protecting the elderly and populations most at risk as well as children. Bennett says the rules for schools will be the same as for adults, and therefore many children will go into quarantine because many are not vaccinated.

Israel is providing “the best protection in the world to those who are vulnerable,” he says – including with booster vaccines and pills.

He says he’s asked hospital heads to prepare for up to 4,000 severe cases at the height of the Omicron wave, even though experts are predicting 1,500 to 2,500.

It also addresses the long lines at testing stations across the country. “The lines are long, I get it, I hate standing in line myself, I know how frustrating it is,” Bennett says, calling on people not to do PCR tests if they don’t. are no more than 60 years old.

He insists the government is providing “an answer” to the companies concerned, but says they are “specific” companies, not all. Unlike the previous government, he said, it is not going to “mortgage the future of our children” by distributing money indiscriminately.

Bennett accuses former Prime Minister Benjamin Netanyahu of acting in an “unpatriotic” manner in his criticism of the government, referring to a recent video of the opposition leader making fun of the reliability of antigen tests.

“It’s going to be unpleasant here [in the next few weeks]Bennett says. “We’re in a once-in-a-lifetime situation… the opposition is trying to create chaos and hysteria. It’s unwarranted. We’re handling this better than almost anywhere in the world. world.

Zamfara massacre: it’s time to impose a state of emergency