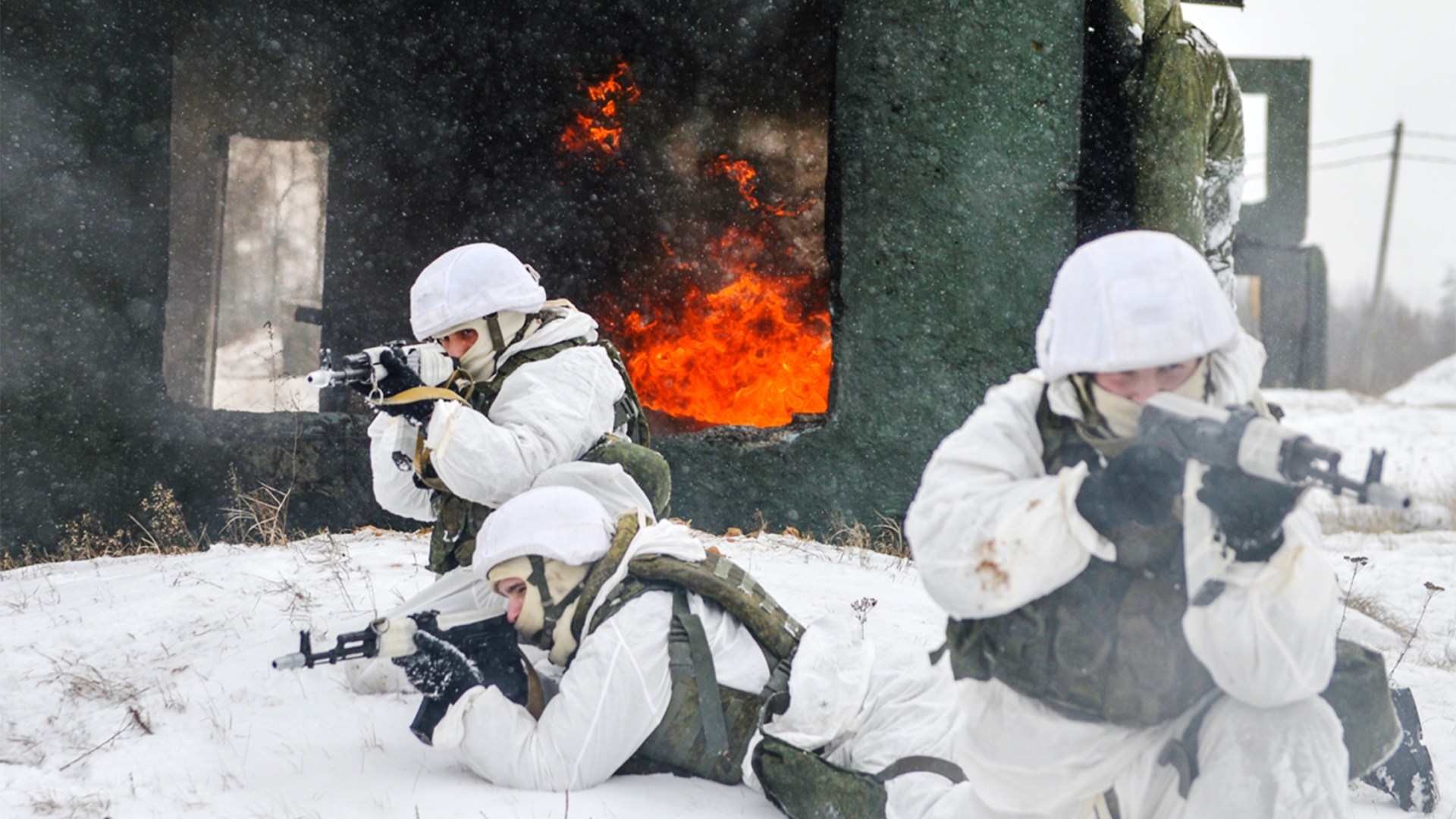 AT LEAST 11 people are dead and 15 injured after two Russian soldiers went on a rampage tonight at an army training base near the Ukrainian border.

The recruits pointed their weapons at comrades who were apparently training for the front line in the southern region of Belgorod.

The Russian Ministry of Defense called it a “terrorist attack”.

Both men were killed by return fire in Saturday’s bloody shootout.

The 11 victims are “volunteers from the Bryansk region”, according to the media.

An official statement from the Russian Defense Ministry said: “At the training ground of the Western Military District of the Belgorod region, two citizens of one of the CIS countries committed a terrorist act.

“As a result, 11 people died, 15 were injured and received medical assistance.

“Law enforcement is working at the site of the terrorist attack.”

The shocking incident comes after up to 70 mobilization offices across Russia were hit with Molotov cocktails as anger grew over the conscription.

Putin said the mobilization will end in two weeks after the enlistment of 220,000 men, still 80,000 less than the target set at the start.

There is a growing fury against mobilization officials who forcibly recruit men with little or no training in apparent violation of the rules, amid heavy military casualties for Russia.

Armed teams of police-backed enlistment officers operate in Russian cities, catching men in subways, on the streets and in offices.

The mobilization led to hundreds and thousands of men fleeing abroad, voting with their feet against Putin.

Drunk new draftees were also filmed staggering, fighting and falling asleep as they were crammed into school buses to be taken to boot camp, while another video filmed inside a bus showed the mobilized men drinking vodka from huge bottles.

The shooting comes just hours after an oil depot in the Belgorod region was engulfed in flames after being shelled on Saturday.

“We are shelled again. One of the shells hit the oil depot in the Belgorod region,” said regional governor Vyacheslav Gladkov.

He said emergency services were already on the scene, adding there was “no risk” of the fire spreading.

Gladkov posted a photo showing flames and plumes of black smoke rising above a building.

The official TASS news agency quoted an emergency service source as saying that the combustion depot was located in the village of Razumnoye-71, near the city of Belgorod.