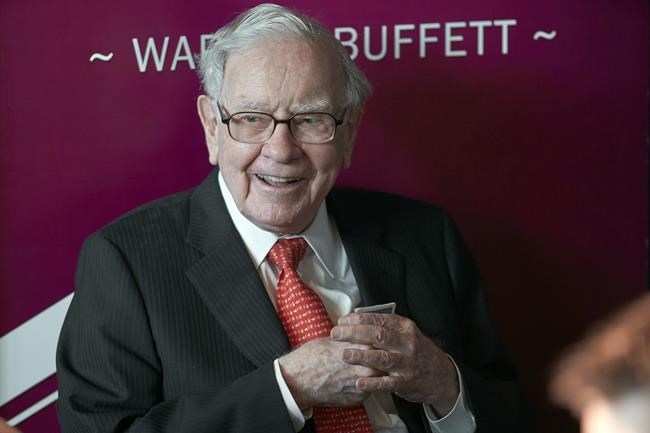 OMAHA, Neb. – Warren Buffett, who started the year lamenting the lack of potential acquisitions for his conglomerate, Berkshire Hathaway, announced on Monday that he would acquire the Alleghany insurance company for $11.6 billion.

OMAHA, Neb. – Warren Buffett, who started the year lamenting the lack of potential acquisitions for his conglomerate, Berkshire Hathaway, announced on Monday that he would acquire the Alleghany insurance company for $11.6 billion.

The scarcity of investment targets over the past few years has turned into a cash pile of $146.7 billion in Berkshire by the end of 2021, but the company seems to have found a suitable place for a part. of this cash in recent days.

The Omaha, Nebraska company revealed last week that it had amassed a 14.6% stake in Occidental Petroleum, acquiring $1 billion in additional shares between Monday and Wednesday. That’s on top of more than $6 billion spent by Berkshire to acquire shares in the oil producer over the past month.

“Berkshire will be the perfect permanent home for Alleghany, a business I have watched closely for 60 years,” Buffett said in a statement prepared Monday. “Over 85 years, the Kirby family has created a business that has many similarities to Berkshire Hathaway.”

Alleghany’s main businesses are reinsurance and property and casualty insurance, but like Berkshire it also owns several other businesses, including a steelmaker and a toy company, and manages a portfolio of investments. Edward Jones analyst Jim Shanahan said nearly a third of Alleghany’s revenue came from these operating companies and its investments last year.

Berkshire will pay $848.02 in cash for each outstanding share of Alleghany Corp., the company announced Monday.

“Berkshire Hathaway’s support, resources and expertise will provide additional benefits and opportunities to Alleghany and its operations for many years to come. Alleghany President Jefferson Kirby said.

CFRA Research analyst Cathy Seifert said the deal makes sense for both companies because it will provide Alleghany with access to Berkshire’s huge capital reserves while expanding the company’s insurance and reinsurance operations. of Buffett at a time when the growth prospects for these companies are good.

New York-based Alleghany will operate as an independent subsidiary of Berkshire Hathaway after the transaction closes. It has 25 days to actively solicit and consider alternative acquisition proposals under a “go-shop” arrangement. If another suitor bids a higher price for Alleghany, Berkshire could lose the deal as Buffett avoids bidding wars and rarely raises what he’s offering. for purchases.

Analysts said it likely helped the deal that Buffett is familiar with Alleghany CEO Joe Brandon, who previously ran one of Berkshire’s reinsurance companies for seven years.

The announcement of the deal comes after Buffett said last month in his annual letter to the company’s investors that he was struggling to find attractive acquisitions at prices he liked with soaring valuations. companies.

Still, Berkshire has made significant investments in Occidental since late February, just as the price of oil began to soar, dragging oil producer stocks with it. Benchmark U.S. crude had jumped more than 40% this year, its rise accelerated by Russia’s invasion of Ukraine.

Shares of Occidental jumped nearly 150% over the same period. This price increase has taken Occidental shares to a point just above where Berkshire holds warrants to buy an additional 83.9 million shares for just over $59.62 each. Berkshire picked up those warrants when it agreed to help fund Occidental’s acquisition of Anadarko

Both Allegheny and Berkshire’s boards have approved the deal and it is expected to close in the fourth quarter. It still needs to be approved by Alleghany shareholders.

Chapman reported from New York and Funk contributed to the story from Omaha, Nebraska.

The Hospital Asset Management Market will grow at a CAGR of 9.5% during the forecast period, according to TMR