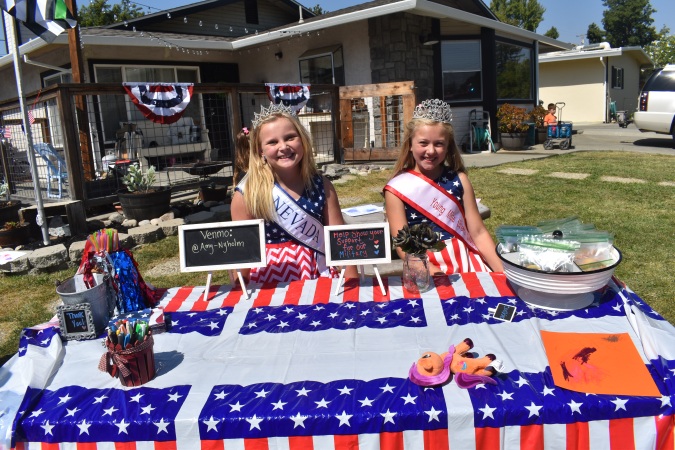 New ventures, honoring our troops and public safety officials, and remembering a tragic anniversary – that’s what made September.

Several restaurants offering different palates were welcomed by the community.

MÃ¥kse at CreekWalk in downtown Vacaville opened as a cafe, steakhouse, and sweatshop. Ramen 101, Vacaville’s premier ramen shop, opened at Nut Tree Plaza with noodle dishes, a variety of appetizers, and a Hawaiian barbecue. Crumbl Cookies opened at Vacaville Commons with weekly changing offerings, including unique flavors such as Fruity Pebbles, Maple Syrup, and Teddy Grahams.

At the same time, a business support group from Vacaville has also made its debut.

The Vacaville Entrepreneur Roundtable, a partnership between the Solano Small Business Development Center, the city of Vacaville and the Young Professionals of Vacaville, aims to give entrepreneurs a head start through networking and learning. other business owners.

In Fairfield, Tony Wade, resident and longtime Daily Republic columnist, published his book ‘Growing Up in Fairfield, California’, which takes a warm look at the shared life and times of his hometown in the second half. of the 20th century. Calling himself an “accidental local historian,” Wade offers a fun and breezy look at the history of Fairfield.

There was Mick Simpson, a guard at Alamo Elementary School who was featured in Time magazine for bringing fun and light to everyone during the dark days of the ongoing COVID-19 pandemic.

Berlyn Sharp, 12, of Vacaville was crowned Junior Teen Solano County earlier in the year and, over the summer, was named Miss Pre Teen California at US National Pageant. She qualified for the national competition, which was held in Las Vegas in October.

Big news on the education front was Jared Austin, co-founder and executive director of Kairos de Vacaville Public Schools, unveiling plans for expansion in the Brighton Landing area. The 11,000 square foot learning center would be located on 11 nearby acres owned by the school.

A tragic military helicopter crash at SoCal killed five Navy sailors, including Lt. Bradley A. Foster, who graduated from Cal Maritime in 2015.

The 29-year-old Oakhurst pilot was in an MH-60S helicopter assigned to Helicopter Sea Combat Squadron 8 when it crashed about 60 nautical miles off San Diego on 31 August. Cal Maritime officials have expressed their condolences to the media school.

In Vacaville, 8-year-old Maddie Nyholm and her friends organized a parade and fundraiser in memory of the 13 U.S. servicemen killed in an attack at Kabul airport in Afghanistan. The product would benefit current service members through Operation Care & Comfort.

Also in Vacaville, Anna Eaton celebrated her birthday with a fundraiser for Afghan refugees.

As a child, the CEO of the Vacaville Neighborhood Boys & Girls Club and her family fled Vietnam and sought refuge in America. She hopes the welcoming embrace her family has received will be extended to these newcomers as well.

Everywhere in Solano, the lives of those who lost their lives 20 years ago in the terrorist attacks of September 11 are remembered.

A lot has changed in two decades, but a lot has stayed the same.

â€œOne thing that hasn’t changed is God,â€ Fairfield Fire Department chaplain Bill Limeneos said at a ceremony in Fairfield. â€œLet us go to him now in prayer as a community together. “

In Vacaville, resident and pilot Christopher Pryce marked the milestone by spelling out the words “Never Forget” along a flight path through Northern California.

Pryce flew his plane in such a way that the phrase was visible on a map when it was tracked by Flightradar24, a global flight tracking service.

Pryce said it was just a “random thought” that came to him as he and his wife watched “Turning Point,” a Netflix docusery chronicling the events of September 11 and the war in Afghanistan that followed. Pryce joined the Air Force in 2003 and spent nine years as an enlisted mechanic before graduating and becoming a pilot. He currently flies a P-10 at Travis Air Force Base.