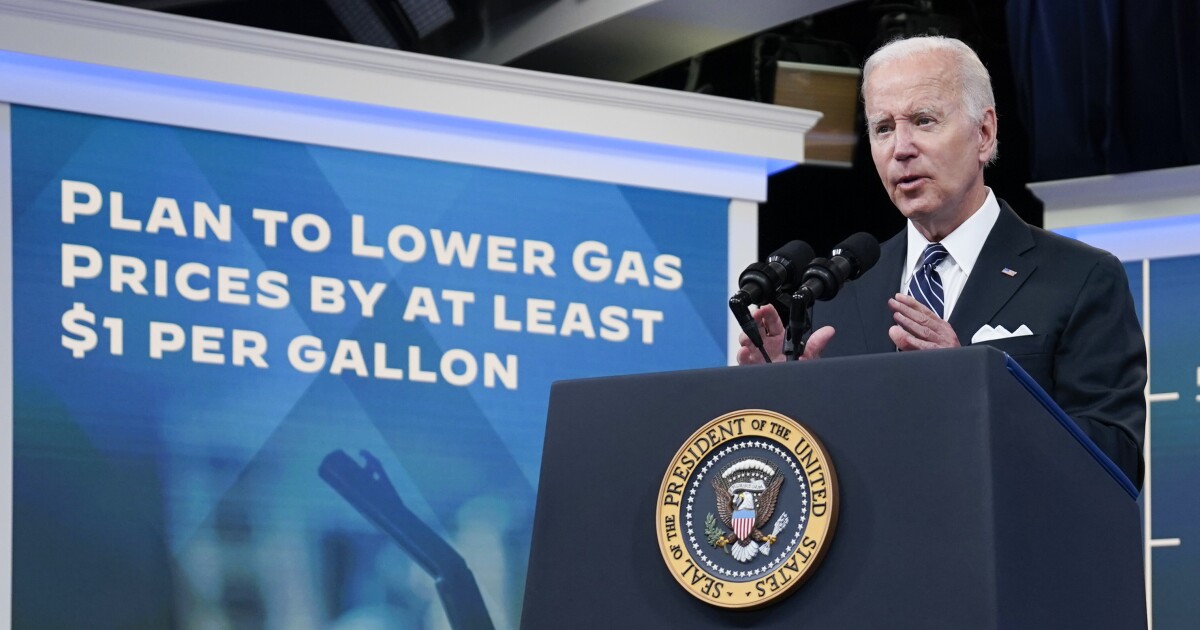 One of the main arguments people made when voting for president
Joe Biden
was that he was a seasoned foreign policy professional (the chairman of the Senate Foreign Relations Committee, no less) and would command the world stage, protect American interests, and mend relations with our allies. That argument largely died out after the Afghanistan debacle in August 2021, and it breathed its last breath earlier this month when OPEC+, at the urging of the Saudis, voted to cut oil production by 2 million barrels per day.

Biden angered the Saudis, then he tried to woo them, and now he’s threatening them again for refusing to help Democrats pull off an election-year coup, with Sen. Robert Menendez (D -NJ), the current President of the Senate. International Relations Committee, demanding that Congress “immediately freeze all aspects of our cooperation with Saudi Arabia, including all arms sales and security cooperation beyond what is absolutely necessary to defend the personnel and American interests”.

Thanks to his
Green New Deal
-esques policies, Biden has abandoned the American leadership on energy. Thus, Saudi Arabia, not to mention some of our enemies such as Venezuela and Iran, now has influence over the United States.

What have Democrats done in response? They stretched olive branches to the
iranian regime
the main sponsor of Islamic terrorism, and in Venezuela, which exports communism to our hemisphere, while threatening our ally, the Saudis, with limited cooperation.

Biden also decided to sell off part of the Strategic Petroleum Reserve, which is there to protect Americans in the event of a severe supply shortage caused by war or disaster. It’s now at a 40-year low thanks to Biden, who had to offset his horrendous energy policies and keep gas prices low to help Democrats win in November. Asking for electoral assistance from a foreign government in exchange for favors and using American assets to help his party win the election? Presidents have been impeached for less.

Oil markets see the folly of this strategy, so prices are on the way up.

Rising gas prices mean higher costs for families and virtually every business. And the more businesses have to pay, the more customers have to pay — which is a big reason why inflation is nearly six times higher than it was when Biden took office.

At the very least, you would think the Biden administration would delay some of the regulations limiting household energy production. You would be wrong.

Just as OPEC+ announced its production cut, Biden’s Interior Department announced it was considering a plan to ban all new offshore oil and gas drilling in the United States. He is already dragging his feet on offshore permit decisions after a federal judge in Louisiana blocked officials from using new, higher estimates of the costs of damages caused by global warming.

And last winter, the Federal Energy Regulatory Commission, which regulates pipelines, proposed a new regulatory change requiring pipeline companies to file environmental impact statements along their pipeline runs – including the cost and the complexity would have forced the pipeline companies out of business. .

This caught the senator’s attention.
Joe Manchin
(
D-WV
), the state of which is crossed by a number of natural gas pipelines that carry natural gas to the northeast. He convinced the administration to suspend that crippling regulation, but agency president Richard Glick seems determined to bring it back.

But none of this should come as a surprise. Biden warned us on the campaign trail that he would end home power generation, and he’s proving that’s a promise he intends to keep. He warned that we must go through a “transition” to create a better and greener future, that transitions are difficult and costly, and that we will simply have to endure it.

The problem is that we are moving from reliable, reasonably priced sources of energy to green technologies that simply cannot meet our needs. We have abundant sources of energy and clean ways to extract it and bring it to market. Indeed, the environmental standards of our energy industry are the most stringent in the world, so why are we begging the biggest environmental polluters, like Venezuela and Iran, to produce more when we could do it ourselves?

California
power outages offer a window into our future if we continue down this path. We have almost unlimited access to energy. We know how to get it. But Biden prevents us from using it except when he wants to empty our stockpiled oil reserves for national emergencies just before an election.

Our next president better have a very different day 1 on energy policy than this one. The country depends on it.

Reliving terror, women testify to being attacked in their CT rooms 4 decades ago as once-closed case goes to trial – Hartford Courant

At least one dead, 4 injured, including Arsenal footballer Pablo Mari, in a stabbing rampage in a Milan shopping center