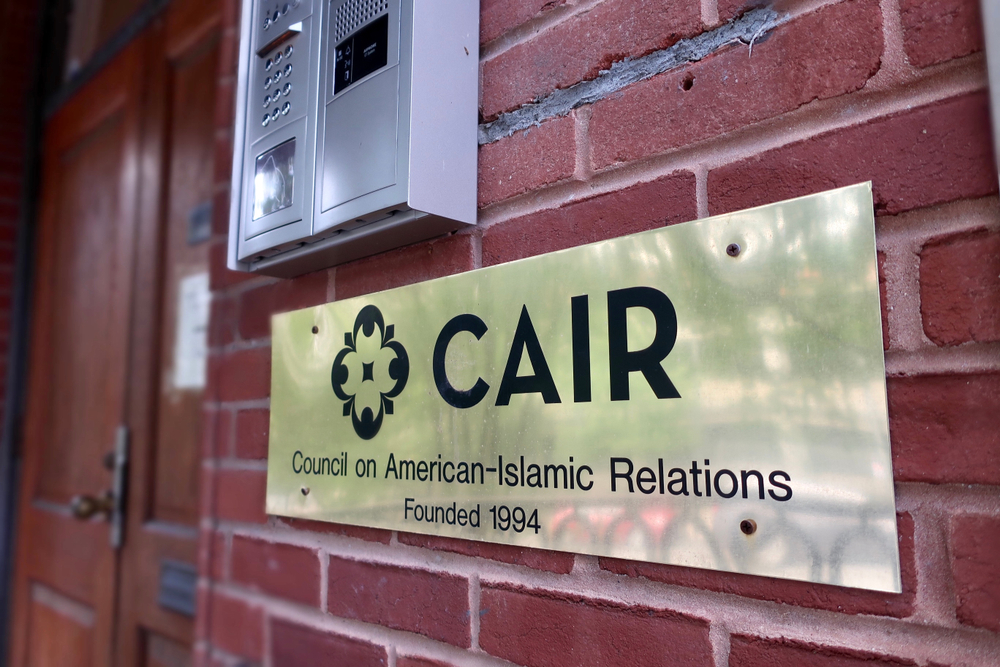 (January 27, 2022 / JNS) A week before a Muslim terrorist attacked a Texas temple in an effort to free CAIR’s favorite terrorist, “Lady Al-Qaeda”, aka Aafia Siddiqui, the hate group released another of its reports on “the increasingly discredited ‘Islamophobia’ aimed at cutting off donations to Jews. and counterterrorism groups.

The reports, originally titled “Fear Inc,” got off to a bad start and only got worse over the years. The 2021 report, “Islamophobia in the Mainstream,” is a cynical campaign aimed at smearing pro-Israel groups like EMET, CAMERA and MEMRI for exposing CAIR’s anti-Semitism.

The Middle East Media Research Institute is guilty of publishing video clips of Islamic support for terrorism and anti-Semitism that reflect badly on CAIR and its pro-terrorists. For example, the CAIR-TX panel on Aafia Siddiqui in which Linda Sarsour describes Lady Al-Qaeda as a political prisoner, or a CAIR rally in favor of Siddiqui shortly after the anniversary of 9/11, during which a speaker blamed “Zionist judges” for the fate of Muslim terrorists at Guantanamo Bay.

CAIR complains that MEMRI “inaccurately translates news” and is guilty of “inflammatory portrayal” – but the speakers at these CAIR events use English, and the only inflammatory material comes out of their mouths.

It’s understandable that CAIR doesn’t want people to hear that a speaker at one of its rallies accused Jews of being behind Siddiqui’s imprisonment, only for a Muslim terrorist to attack a synagogue on her. .

The problem here is not Islamophobia: it is anti-Semitism.

The Coalition for Jewish Values, representing thousands of Orthodox Jewish rabbis, correctly responded to CAIR’s latest smear campaign by call him “both pro-terrorist and anti-Semitic”.

The CAIR report mentions the term “Jewish” or “Jewish” 15 times, but does not refer to al-Qaeda or the Islamic State. He dangerously insinuates that the only reason anyone is upset about Islamic terrorism is that there is a Jewish conspiracy to vilify Muslims as terrorists.

It’s not hard to imagine how future anti-Semitic terrorists like Malik Faisal Akram will react to this.

The main targets here are Jewish community charities and pro-Israel groups like CAMERA, the Committee for Accurate Middle East Reporting and Analysis, which challenges anti-Israel bias in the media, and EMET, the Endowment for Middle East Truth, which advocates for Israel.

CAIR’s case against CAMERA is that in 2012 it “released a report titled The Islamic Society of North America: Active, Influential, and Rooted in the Muslim Brotherhood. The report accuses several American Muslim organizations and individuals of being [sic] front groups for terrorism.

The Islamist group doesn’t bother trying to refute the material or even link it to the report. This way, readers will hopefully not discover that the report contains damning information about CAIR.

The report denounced by CAIR notes that “Ghassan Elashi, a founder of the Texas chapter of the Council on American Islamic Relations (CAIR), another Brotherhood derivative, was sentenced to 65 years in prison” in a case of financing the Hamas, and that “Judge Jorge Solis ruled that ‘the government produced extensive evidence to establish the associations of CAIR, ISNA, NAIT, with the Holy Land Foundation, the Islamic Association for Palestine and with Hamas.’

It’s not Islamophobia, it’s cold, hard facts. But you can see why CAIR would be concerned.

The CAIR defamation report further complains that EMET director Sarah Stern “has alleged that groups of Muslim students want to destroy America from within.” The actual source describes Sarah Stern speaking on “Muslim Student Association Groups.” MSA, a specificity network with ties to the Muslim Brotherhood, has been linked to anti-Semitic invective on college campuses and support for Islamic terrorism.

The MSA and CAIR also have close ties. Again, CAIR defines Islamophobia as criticism of its network. This becomes absurdly obvious when CAIR denounces the American Islamic Forum for Democracy and its Muslim leader Zuhdi Jasser as Islamophobes.

CAIR appears to have learned nothing from the Southern Poverty Law Center, which was forced to pay Maajid Nawaz $3.4 million and apologize for defaming the Muslim by calling him an anti-Muslim extremist.

But it’s one of the many nonsense and errors that fill the sloppy smear of a report that’s notable only for its hopeless negligence and elemental ignorance.

The David Horowitz Freedom Center, a longtime critic and target of CAIR since Fear Inc.’s first smear campaign, is under attack again.

After smearing the Freedom Center, CAIR attacks the Gatestone Institute, falsely accusing it of spreading “anti-Muslim narratives and hysteria”. In fact, Gatestone’s ranks include several Muslim writers, Zudhi Jasser among them. CAIR’s only example of its alleged Islamophobia is that it “published a full-page advertisement in the New York Times who called muslims to codnemn [sic] global violence, implying that Islam was the cause of global violence.

CAIR forgets to mention that it was in fact an advertisement for Muslimsincluding Nawaz and Jasser, Tarek Fatah, the founder of the Canadian Muslim Congress and several others, who quoted the Koran and urged Muslims to oppose ISIS.

That CAIR slanders an ad from Muslims opposed to ISIS as Islamophobic speaks volumes about its bad faith, dishonesty and extremism. And that of the reporters who quote his reports.

CAIR relies on the media to repeat its lies, rewriting its summary without delving into its report and noting the multiple errors and misspellings, or following its real sources – or avoiding mentioning any of this if they do. really do their due diligence.

Above all, CAIR doesn’t want the media to link the latest anti-Semitic attack in Texas to this report accusing Jews of being behind a “network of Islamophobia.”

This has always been the thrust of CAIR’s reports on Islamophobia, but it has never been more blatant.

CAIR tries to delegitimize mainstream pro-Israel groups as Islamophobic for defending the Jewish state and for being willing to report on its hideous ties to hate and terror. But if journalists start questioning CAIR now, they should also reevaluate the past and present smears of the Middle East Forum, the Terrorism Investigative Project, the David Horowitz Freedom Center, Gatestone, the American Freedom Law Center and other anti-jihadist groups. .

Like the bad banks and the worst stories, CAIR has become too big to fail, because of all the politicians and journalists who have bolstered its credibility over the years.

CAIR’s latest smear report on Islamophobia shows why he is so often accused of anti-Semitism.

And why no one in the media will hold the hate group accountable.

Daniel Greenfield, Shillman Journalism Fellow at the Freedom Center, is an investigative journalist and writer specializing in the radical left and Islamic terrorism.

This article was first published by FrontPage magazine.