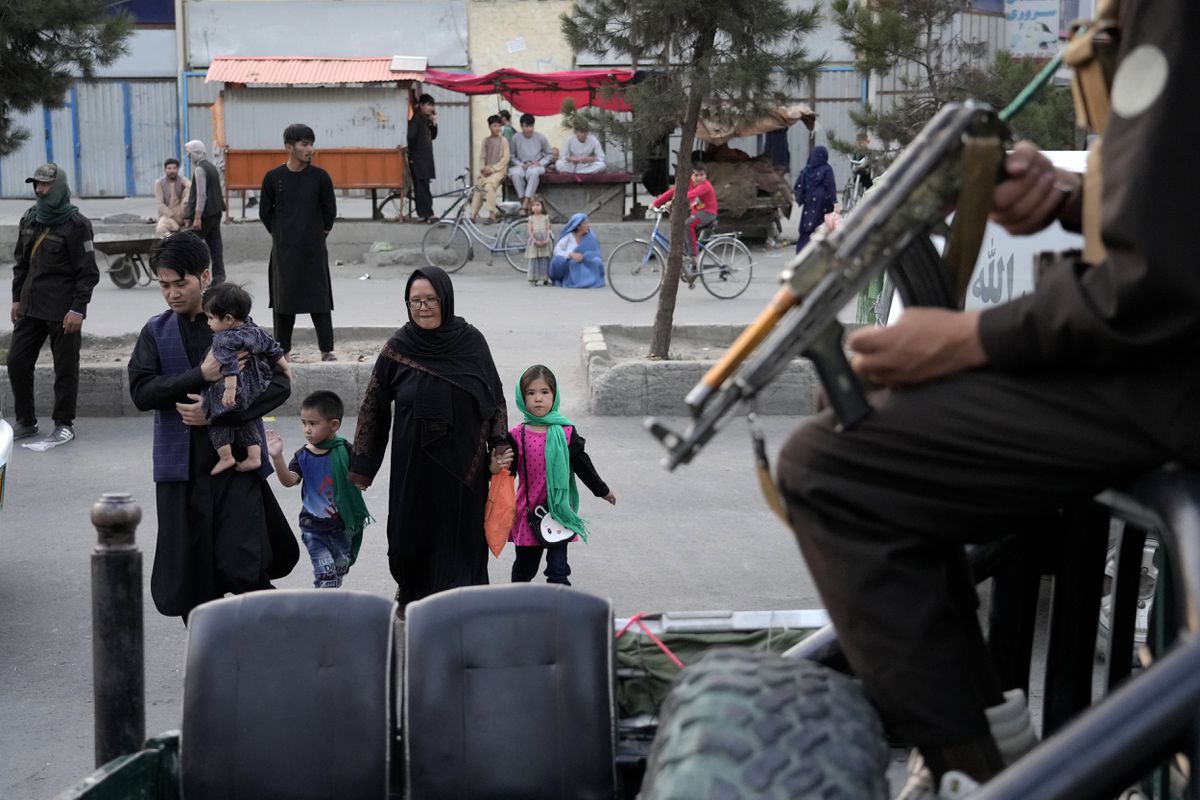 Opposition parties and aid groups say the Trudeau government is dragging its feet in crafting exemptions to anti-terrorism laws to allow humanitarian groups to reach desperate people in Afghanistan.

“There’s nothing but political will that’s stopping us from solving this problem,” said NDP Foreign Affairs Critic Heather McPherson.

In June, an all-party committee called on the government to amend the Criminal Code so that major humanitarian groups can help Afghans without being accused of aiding the Taliban.

Representatives from 10 aid groups told MPs in March that Global Affairs Canada had informed them that they would not be able to pay a driver to deliver food or buy supplies to Afghanistan because it would result in taxes being sent to the Taliban.

That would mean supporting the terrorist group, which has been listed as such under Canadian law since 2013.

Liberal MP Salma Zahid, who sat on the special parliamentary committee, said Canada needed to find a workaround, as its allies did, to ensure much-needed aid got through.

“They have to find solutions.”

The issue was well known last December when the UN Security Council issued an anti-terrorism sanctions waiver against the Taliban that allowed humanitarian aid to reach Afghanistan.

In June, Australia invoked the resolution to get help in Afghanistan, while the United States and the European Union changed their rules to ensure aid groups could respond.

“It is not possible to provide exemptions under current Canadian law,” reads a briefing note obtained through an access to information request.

“The need for mitigation measures places serious constraints on the humanitarian and development activities the government is able to support and the organizations with which Canada is able to partner.

International Development Minister Harjit Sajjan said the Liberals are planning to change the law, but could not explain why departments dealing with the Criminal Code have not moved.

“They are currently working on options with the ministers of public security and justice,” Sajjan said in an interview on Thursday.

The office of Public Safety Minister Marco Mendicino provided no explanation for the heist or a timeline, and did not confirm that Ottawa actually intended to change current laws.

“We continue to explore new ways to support Afghans, while respecting the Criminal Code of Canada,” wrote spokesperson Audrey Champoux.

The Justice Department did not respond to a timely request for comment.

“As Minister for International Development, I have to work within the current laws that we have,” Sajjan said.

He pointed out that the government has found ways to provide $144 million in aid to Afghans through organizations that can abide by Canada’s rules. Much of this money goes to Afghans who have fled their country; the rest is largely purchased by the UN through Security Council exemption.

“I just want to emphasize that this doesn’t stop us from providing the funding to the Afghan people themselves,” Sajjan said.

Humanitarian groups say otherwise, arguing that their hands are tied as desperation mounts.

This month, a coalition of 18 groups, including the Canadian Red Cross and Islamic Relief, denounced the Liberals’ “discouraging lack of urgency to act to remove barriers”.

On Tuesday, the UN warned that drought, economic turmoil and high oil prices will only worsen the situation as winter approaches.

Conservative Senator Salma Ataullahjan said the government must implement a solution this fall to help the millions who are struggling.

“Especially, I think of women, I know how difficult it is in this society to function if you don’t have a man,” she said.

The party’s foreign affairs critic noted that aid groups were raising the Criminal Code issue months before they testified this spring.

“They’ve had plenty of time to sort it out,” said Michael Chong, who argued the Liberals should have had legislation ready to table when the House resumed sitting this month.

“This failure to execute something that everyone agrees on is part of a larger pattern in this government of being unable to implement policy,” he said.

“This government is struggling to walk the talk.”

Instead of incompetence, McPherson attributed it to indifference.

“There’s no way it’s taking them this long to sort this out,” she said.

“I have spoken to Liberal MPs who are appalled that their own government is not doing anything about this.