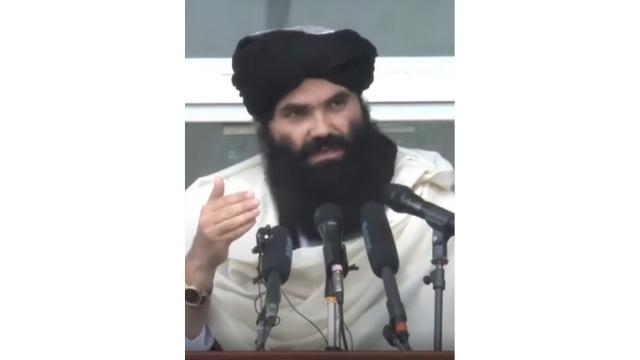 The Taliban’s most violent wing is receiving training from China at Bagram Airbase, according to some reports.

We know two things about the elusive Haqqani Network, an Afghan militia named after the Haqqani Pashtun family of southeastern Afghanistan. First, after fighting valiantly against the Soviet invasion of Afghanistan, the Network operated primarily through terrorist attacks against Western interests and religious minorities in the country. It was designated a terrorist organization by the United States in 2012. Terrorism scholars have pointed to its close ties to al-Qaeda.

Second, while jealous of its clan independence, the Network struck a deal with the Taliban and cooperated with them. He was rewarded after the Taliban victory by being incorporated into the national security forces and in charge of Kabul’s security. Sirajuddin Haqqani, the head of the Network, has become the Taliban government’s new acting interior minister.

A third, more hypothetical piece of information about the Haqqani network is causing considerable controversy in Afghanistan and beyond. On March 12, AND magazine reported that the Chinese military was training fighters from the Haqqani network at Bagram air base in Parwan province, formerly the largest US air base in Afghanistan. On March 13, AND added that Pakistan and Iran are also cooperating in the project. News from AND magazine should be taken with a grain of salt. Its editor, Sam Faddis, is a retired CIA agent turned Republican politician. He has connections in the intelligence community, but he also has a penchant for right-wing conspiracy theories.

However, on May 4, after investigating the matter further, the “Salaam Times” decided to broadcast the news that “Chinese military trainers” were in Bagram and “worked with the Haqqani network” – with a point of view. interrogation. The “Salaam Times” is in a different league from the AND. This is a government-sponsored publication specializing in Afghan news, published by the United States Department of Defense Central Command (USCENTCOM).

The Salaam Times cites the AND report but adds a tweet from Amrullah SalehAfghanistan’s former pre-Taliban vice president and the country’s intelligence chief, dated April 22, and claiming that “foreign troops” in Bagram are “training the Haqani [sic] militias, which is confirmed by multiple sources.

Saleh did not name the Chinese, Pakistanis and Iranians, but the Salaam Times believes his statement “supports the claims” published by the DNA, and cites a number of Afghanistan scholars who consider the story as believable.

The jury is still out, but it is a fact that China is courting the Taliban regime in multiple ways and Pakistan has a long history of ambiguity in its dealings with the Haqqani network. If China does train the Haqqani Network militias, one possibility is that it would try to unleash them against Uyghur refugees in Afghanistan, all of whom China claims are “terrorists.”

A Russian director condemns the war at the Cannes Film Festival