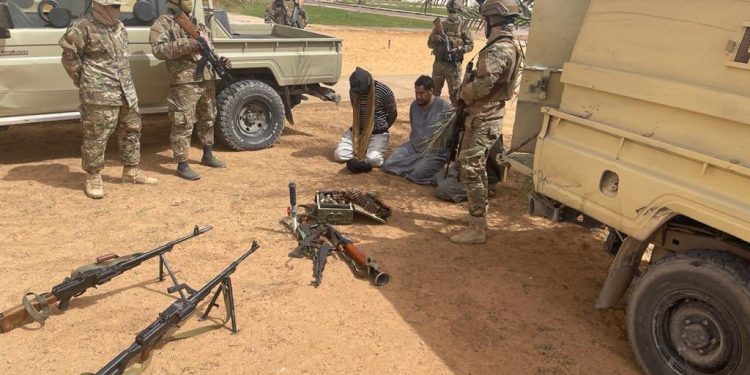 The global terrorist influx into Africa with Nigeria as one of its epicenters is attracting renewed international attention. The expert assessment of the recent jihadist expansion in sub-Saharan Africa coincided with a summit of the Global Coalition to Defeat ISIS held in Rome, Italy, where a new continental task force was proposed between other measures to combat the growing threat. Nigeria and other countries should deploy vigorous proactive strategies in coordination with international partners to crush local groups and deprive jihadism of its desired continental operational base.

Recently, The Guardian (London) reported that following recent gains in Nigeria, the Sahel, Mozambique and the Democratic Republic of the Congo, ISIS propaganda released by the group’s leaders in its heart in the Middle -East is increasingly emphasizing sub-Saharan Africa as a new front that can compensate the group for significant setbacks elsewhere. French jihad expert Olivier Guitta of GlobalStrat Risk Consultancy also predicted: “Africa is going to be the battleground of jihad for the next 20 years and it will replace the Middle East. But some African leaders still seem to ignore the existential danger posed by global Islamic terrorism. The countries of the West and the Middle East which have paid the price do not have such illusions about the threat to the world of jihadists seeking refuge in weak states.

At the Rome summit, the 83-member US-led coalition recognized the ousting of ISIS from territorial control in the Middle East and the release of eight million people from its evil grip in Iraq and Syria . But they focused “with great concern” on the penetration of sub-Saharan Africa by ISIS and Al-Qaeda affiliates, particularly in the Sahel region, East Africa and Mozambique. . Tentatively, measures to deal with the threat included a proposal, promoted by host Italy, for a new African multinational task force to uproot terrorists from the continent.

The reality on the ground is explosive. Terrorist groups, local and foreign, have gained a foothold in Africa. Expelled from some of their fears in the Middle East, the jihadists are moving faster to realize their long-standing ambition to seize Africa for their caliphate. At the end of 2016, Abu Bakr al-Baghdadi, head of the Islamic State of Iraq and Syria (ISIS), announced that the group had “extended and transferred part of our command, our media and our wealth to the ‘Africa’. Since then, from the Maghreb to East Africa, via the Sahel and West and Central Africa, and further south, ISIS and its distant relative, al-Qaeda, have linked, took control of local groups, built militias, and sowed terror and insurgency over vast swathes of land. Alarmingly, a 2019 survey by Statista showed that 38 African countries were affected by jihadist terrorism. In 2020, seven of the 10 countries most at risk of terrorism were in Africa, with Nigeria at the top of the list. The Armed Conflict Location and Event Data Project said that terrorist attacks against civilians in Africa fell from 381 which killed 1,394 people in 2015 to 7,108 attacks that killed 12,519 civilians in 2020. In Nigeria, more than 350 000 have died according to a new count and more than three million people have been displaced by the 12-year Boko Haram insurgency.

Africa has long been the target of global jihadist terrorism which views its weak institutions, porous borders, poverty and mass alienation, and vast untapped territories and resources as ideals to welcome its caliphate. According to a study by the United States National Defense University, in 2016, assassinated ISIS leader Abu Bakr al-Baghdadi claimed to have transferred “command, media and wealth” to Nigeria. , Eritrea, Kenya, Somalia and »the Caliphate. Affiliates and numerous local terrorist groups across the continent have since pledged allegiance to ISIS or al Qaeda. Both are now actively disseminating their toxic ideology across the continent. The authoritative magazine Defense One explained that the jihadists, taking advantage of porous borders, “difficult political transitions and the lack of accountability of the security sector”, destabilized Africa’s fragile states.

ISIS is estimated to maintain an operational presence in at least 20 separate countries with a fund of $ 100 million. Worryingly for the continent, the two global terrorist franchises have buried their bitter rivalry and are joining forces. In Nigeria, the death of its bloodthirsty leader, Abubakar Shekau, facilitated the takeover and merger of Boko Haram, linked to al-Qaeda, by ISWAP, affiliated with ISIS, thus accelerating better coordination, organization, financing and logistics for terrorists. After killing Shekau, it was reported that ISWAP inherited many of its supporters as well as its treasure and weapons. In the territories they control, ISWAP has set up governance structures in previously ungoverned areas, swelling its ranks of recruits.

Confronted with massacres, displacement, hunger and state bankruptcy, Nigeria and Africa must deepen their national and international responses to defeat the terrorist threat. Research put the economic impact of terrorism in Nigeria between 2007 and 2019 at $ 142 billion, with Libya falling far behind at $ 5 billion.

First, leaders must stop living in denial; Iraq, Syria, Libya, Somalia and Yemen show how terrorism can destroy fragile states. Terrorism merges with the forces that separate Nigeria and bring it closer to implosion. Similar scenarios are underway in Mali, the Central African Republic and Libya.

Islamic terrorism is a dangerous and corrosive ideology; he tolerates no compromise and is dedicated to destroying the existing order and replacing it with the Salafist vision of the caliphate.

This fight must be led by intelligence and technology, as well as formidable air power backed by coalition allies. Their leaders must be targeted and neutralized and sponsors identified and prosecuted.

There is an urgent need for a task force to push back IS gains in Africa. With the operational presence of at least 20 countries, according to the World Politics Review, jihadist terrorist groups like ISIS can only be defeated with a global strategy. Adaptable, crushed in one, they emerge in another country. Misplaced national pride should be abandoned in favor of securing the full spectrum of international aid. African countries should desperately seek the rapid realization of the African Task Force proposed by GCDI. The 16 African members of the coalition are expected to persuade other African Union countries to join this body and other counterterrorism bodies. Until foreign coalitions joined in the fight, Iraq was powerless against Daesh and its takeover of a third of its territory. Nigeria needs such a large-scale intervention. The more than 5,000 French soldiers and the American drone base in Mali are the bulwarks against the Islamist takeover of the West African country.

As experts have long argued, you cannot defeat terrorism with guns alone; African countries must ensure effective governance, reduce poverty and secure lives and property, especially in ungoverned areas, to win hearts and minds and deny jihadists local sympathies and recruiting grounds in their territories. .

Twelfth message: Remember: 90% of murders in Troubles were committed by terrorists