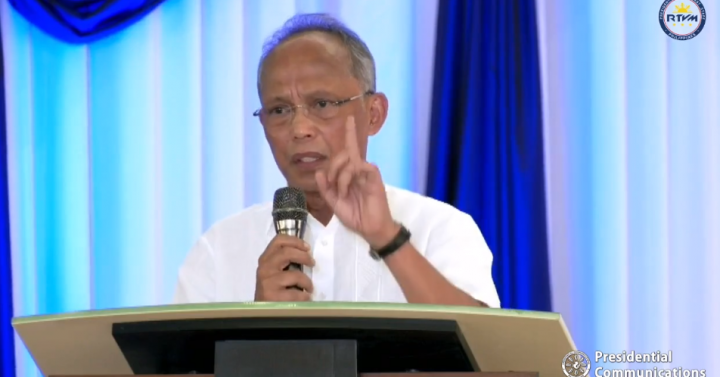 Cusi compares the government’s unwavering commitment to the cycling insurgency

MANILA – Energy Secretary Alfonso Cusi compared the national government’s commitment to end the local communist armed conflict to cycling, noting that they are both determined to achieve their goals.

Cusi, who is also responsible for the Cabinet for Regional Development and Security (CORDS) in Region 4-B (Mimaropa), made the statement during a virtual meeting on the national cycling event â€œBike for Justice and peace “Saturday.

â€œThe bicycle has always been a symbol of progress and freedom. Cycling for Peace symbolizes the advancement of victims of armed violence, the reintegration and reconstruction of a better life of former rebels, and the forward march of the Mimaropa Regional Task Force (RTF) towards a safe life, comfortable and deeply rooted and hope for all Filipinos, â€Cusi said in a speech read by Under Secretary of Energy Alexander Lopez.

Cusi said the government has already launched projects to assist and support former rebels, indigenous peoples and families affected by the armed conflict.

He noted, however, that much remains to be done in the government’s counterinsurgency efforts.

â€œOur commitment to ending local communist armed conflicts is equated with cycling. While the bikers remain focused on the destination, let’s stay focused on the vision of sustainable peace and development, â€he added. “As the bikers cling to the grips of their bikes, let’s move our lives fearlessly and, as the bikers look around, let’s look behind each other as we journey together towards peace and development. sustainable in Mimaropa. “

He also condemned the Communist Party of the New People’s Army of the Philippines (CPP-NPA) for detonating a landmine that killed college football player Kieth Absalon and his cousin Nolven Absalon last month.

â€œDespite admitting the crime and violating the laws of war, the CPP-NPA refuses to hold the communist armed unit, or members of its organization, responsible for the crime. This atrocious act only proves that the CPP-NPA does not value lives and that civilians, as innocent as they are and unarmed, do not matter to them, â€he said.

Cusi called the murder of Absalon and his cousin “absolutely unthinkable, inhuman and very revolting”, adding that landmines are the main killers of civilians affected by the armed conflict in the Philippines.

He said the “softest justice” that can be done for victims of gun violence is to live the rest of their lives “successfully, freely and happily.”

â€œYou and I, each of us, can help deliver justice by ensuring that vulnerable and marginalized people feel safe, are fed and have enough food, have access to clean water and basic services such as than health care and education, and enjoy the freedom to live their lives as they choose to live, â€he said.

“Together, we can change the narrative by refocusing our energies to seek and embrace peace and development,” he added.

Absalon, 21, was riding a bicycle with a group that included his 40-year-old cousin, Nolven, when an anti-personnel mine exploded by the roadside in the town of Masbate on June 6.

The CPP-NPA is listed as a terrorist organization by the United States, European Union, United Kingdom, Australia, Canada, New Zealand, and the Philippines. (ANP)