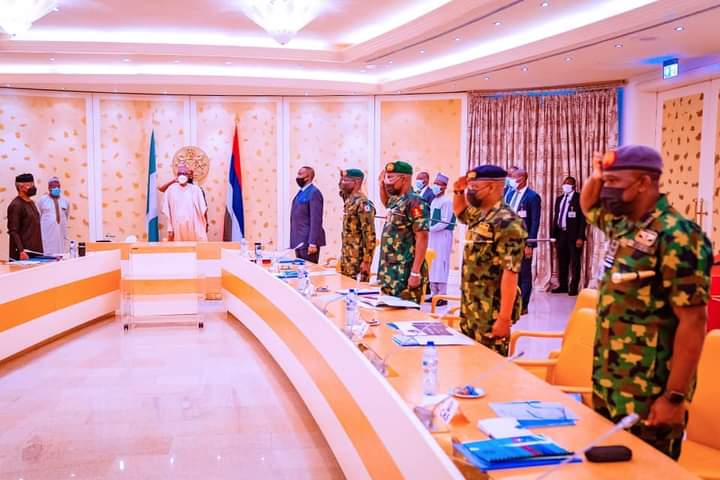 THE murder of more than 120 people and the kidnapping of dozens more across the country in recent weeks has further reinforced the imperative to recalibrate the campaign against insurgents and other terrorists. Despite massive funding for security, the deployment of soldiers and numerous operational forces, the country is sinking deeper and deeper into crime and is becoming more fragile day by day. Urgently, new and more effective strategies must be adopted to arrest the slide towards state failure.

The daring attack on the Kaduna-Abuja train at Katari in Kaduna on March 28 by terrorists had already demonstrated the existential threat to the country. Eight people died and 26 were injured in the attack. No less than 68 others are still being held captive by the daredevils who threaten to slaughter them if the ransom is not paid. Killings and kidnappings are common, especially in the north, perpetrated by terrorists of various colors – Islamic jihadists, Fulani herders and “bandits”/kidnappers.

The federal government must design new strategies that emphasize intelligence-led operations. This must include a comprehensive, integrated, coherent and coordinated approach.

A recent report showed that over 700 soldiers have been massacred by terrorists in the past 18 months. The United Nations High Commissioner for Refugees said violence in the Lake Chad Basin has displaced 3.3 million people, including more than 300,000 Nigerian refugees who have fled to neighboring countries, and some 2.2 million in Adamawa, Borno and Yobe states.

Unfortunately, the President, Major General Muhammadu Buhari (Retired), and his security team missed the fight against terrorism. Stakeholders from different regions were also unable to agree on a common course of action. More than two years after the Northern Governors Forum decided to create a standing committee on northern security, nothing concrete has been done. The governors of the five southeastern states have also failed to fully implement Ebubeagu’s regional security initiative. They should all wake up.

Apparently, Nigerian state governors prioritize politics over the safety of lives and property.

Terror-stricken Kaduna Governor Nasir el-Rufai has been criticized for threatening to hire mercenaries. This statement angered Nigerians who believe the governors have failed in their duty to the citizens. Rather than wasting funds on mercenaries, governors should set up well-funded state security agencies and also work for a regional Northwest security network to supplement the federal police and armed forces.

Border protection is also essential. A country with unguarded and porous borders cannot safeguard its territorial integrity and its population. The regime’s nonchalant attitude is evident in its failure to implement the electronic border project that was mooted more than four years ago. Approved by the Federal Executive Council, the N52 billion project was to cover 86 border checkpoints, comprising six mega checkpoints, 16 medium checkpoints and 64 mini checkpoints. The project comes with a battery of high definition CCTV cameras.

Consequently, terrorists, smugglers and other unsavory elements continue to invade the country at will. This is unacceptable and must be resolved.

Instructively, the counter-insurgency campaign lacks organizational structure, coordination, bite, and sustained effectiveness. Without a separate authority in charge, there is poor coordination between services, duplication of effort leading to waste of funds, men and equipment. For effective coordination, warfare must be overseen by an overall commander. The structure should incorporate horizontal and vertical coordination and cooperation at all levels to ensure effective managerial and operational coordination, especially where bureaucratic capacities overlap.

Overall responsibility should rest with the coordinator who derives his authority directly from the chair. The United States reorganized its armed forces into a regional command structure to allow direct presidential control over commanders in the field. National Security Adviser Babagana Monguno lacks effective coordinating authority, as evidenced by his complaint that former service chiefs bypassed him.

Terrorists should be denied free rein in ungoverned or lightly governed areas where they currently insert themselves as de facto governmental authorities. Winning the hearts and minds of the people should involve driving out terrorists and providing effective governance; security, social services and permanent presence. Terrorist groups cannot survive without some degree of public sympathy and support. The erosion of this base of support should be paramount.

The government is losing ground because the intelligence services are inefficient and politicized. Yet war must be intelligence driven. The collection, analysis, dissemination and sharing of reliable and timely information is absolutely necessary. The State Security Service should be reformed and refocused from protecting the regime towards its primary mandate of securing the country. Technological deployment, infiltration and targeted elimination of terrorist leaders should be a priority.

Surveillance and armed drones should be used. An intelligence report observed: “Armed drones are a good option to add to Nigeria’s military arsenal, as are several force multipliers. These are particularly important given the multiple theaters of conflict in which the army is engaged and the fact that it is dispersed. Security services must track, block and disrupt the logistical and financial flows of criminals.

The terrorists, their financiers and their accomplices must be brought to justice. The eccentric, ill-defined and politically motivated “amnesty” for so-called “repentant terrorists” should be stopped. Criminals, murderers must be subject to the wrath of the law. It is their victims who must be rehabilitated.

Given the dire situation in the country, Buhari is expected to take charge and replace incompetent security chiefs and ensure effective coordination. Without further ado, state governors must take responsibility for the security of their people by creating, funding, arming and equipping national, regional and local security agencies.

All rights reserved. This material and any other digital content on this website may not be reproduced, published, broadcast, rewritten or redistributed in whole or in part without the prior express written permission of PUNCH.