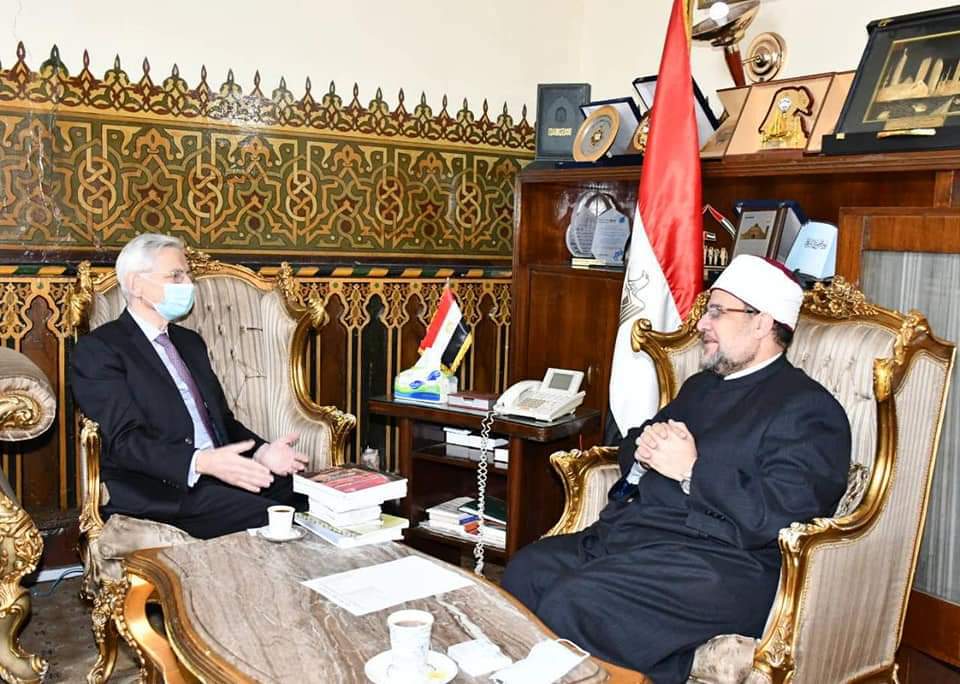 Minister of Religious Endowments Mohamed Mokhtar Gomaa announced on Sunday that the ministry aims to spread moderate Islamic thoughts around the world through numerous publications as well as by launching training programs.

He noted that a non-comprehensive peace is an incomplete and unjust peace. Gomaa’s remarks came during his meeting with the French Ambassador to Cairo Marc Baréty.

Gomaa stressed that all religions promote peace and tolerance, but the problem lies with those who use religions to manipulate the people.

He stressed that extremist groups have no religion, morals, values ​​or alliances, and that terrorism is a threat to humanity.

Baréty confirmed the depth of relations between Egypt and France in all fields, stressing that the fight against terrorism and extremist ideology requires international cooperation and a global intellectual and cultural confrontation.

He praised Egypt’s great role in the fight against terrorism and extremist ideology, praising the Ministry of Endowments for the distribution of publications translated into various foreign languages.

The French Ambassador said that these publications are very cultural, as they have addressed many issues that require clarification and have succeeded in significantly correcting misconceptions and dismantling extremist thinking.

“No genocide in Xinjiang”, reaffirm emissaries and academics at a press conference of the government of Xinjiang and the Chinese embassy in the United Kingdom