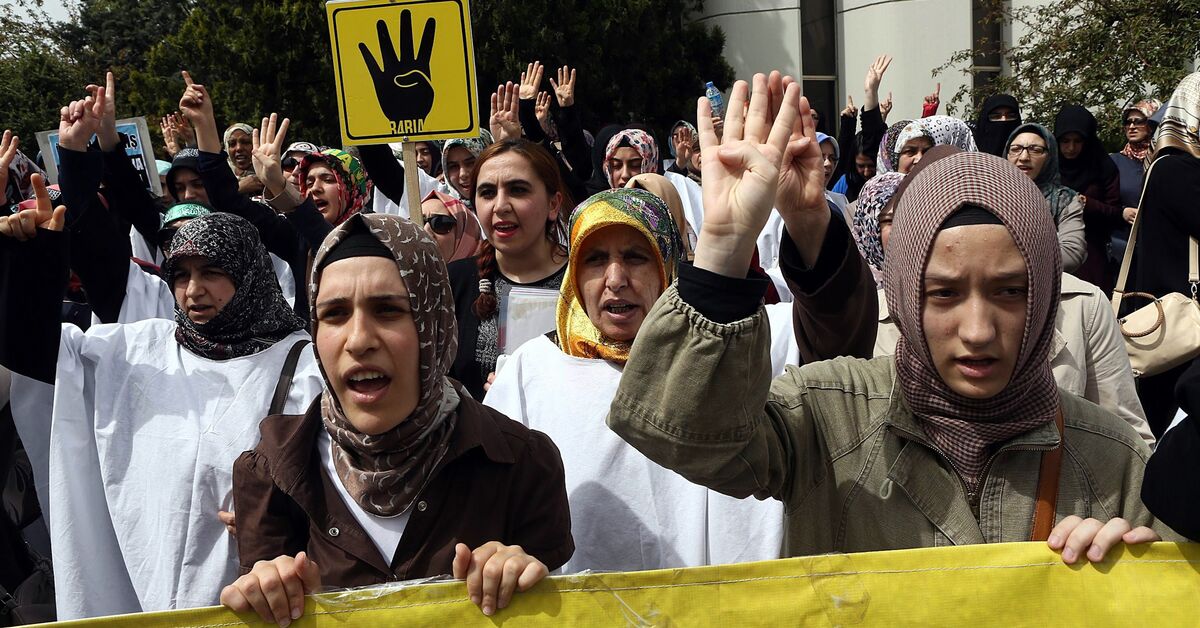 Erdogan’s overtures in Egypt will cost him the Muslim Brotherhood

In March, as talks between foreign ministers and Egyptian and Turkish intelligence agencies became public, Turkish officials said they were optimistic about Cairo’s treatment of members of the Muslim Brotherhood. Their hopes have been dashed.

Turkish President Recep Tayyip Erdogan took to heart the 2013 coup against former Egyptian President Mohammed Morsi. He supported the Fellowship protests against the government and defended the suffering of Fellowship leaders and members at its gatherings. Erdogan’s Rabia sign (four fingers shown with the thumb folded back) became a unifying symbol for his followers. Erdogan’s chimerical disapproval and harsh criticism of current President Abdel Fattah al-Sisi continued even after Morsi’s death.

Since 2013, Turkey, with financial support from Qatar, has gone to extremes to support the Muslim Brotherhood. Istanbul has become a hub for members of the Brotherhood in exile. A retired Egyptian general speaking on condition of anonymity told Al-Monitor: â€œTurkey is not only harboring at least 25,000 terrorists with families, but also providing them with support to carry out propaganda against us through the media. They are supporting the guerrillas in Sinai and deploying mercenaries to Libya right on our border for the stupid dream of [Brotherhood] to reign.”

Despite his public efforts to reach an agreement with Cairo, Erdogan still employs the Hi Rabia at its gatherings.

After the court’s decision was announced, several human rights organizations condemned her. Islamic scholars have called on Muslim leaders, especially Erdogan, to oppose it and save those on death row. Mehmet Gormez, former head of the Turkish religious affairs directorate, sent a letter to the Sheikh of Al-Azhar, Ahmed Al-Tayeb, and the Grand Mufti of Egypt, Shawki Allam, calling on them to influence decision-makers in Cairo.

In Turkey, several small pro-Brotherhood groups protested the decision and were neither arrested nor attacked by police, a sign of tacit government approval. However, Erdogan and government officials remain silent on the issue. An Ankara diplomatic source told Al-Monitor, â€œWe don’t like the death penalty, but we know that if we speak out, it won’t help save these lives. Erdogan won’t sit at the table with Sissi, but that doesn’t mean normalization can’t happen. [If] we see Egyptian media curbing their anti-Turkish rhetoric, we will meet them halfway.

Erdogan’s silence on the news has fueled fear among Muslim Brotherhood members in Turkey. A senior member who recently left Istanbul told Al-Monitor on condition of anonymity: â€œI never thought I would leave Turkey while Erdogan was alive and in power. He became like the new one [former Egyptian President Gamal Abdel] Nasser. Nasser had Brotherhood support before he came to power, but then suppressed the movement.

Mahmut Kar, head of the media office of the international pan-Islamist organization Hizb ut-Tahrir, told Al-Monitor: â€œIn Turkey, neither the government nor the opposition conduct politics based on principles and values. Their political lines are based on two main factors: on the one hand interest and profit, on the other hand to meet the expectations of Western states. Therefore, the reactions of the government and other political parties to the 2013 coup in Egypt are in their own national interests. Today, the silence on those death sentences is in line with the interests of the Biden administration in the region.

Kar pointed out that in 2013, the government used the coup in Egypt for its own domestic concerns. “Likewise, they present today the rapprochement as a necessity for national interests in the Eastern Mediterranean rather than to meet the demands of the United States”, concluded Kar.

Islam Ozkan, an academic specializing in Islamist movements and the Middle East, told Al-Monitor: â€œAlthough the general idea is that Erdogan’s solidarity with the [Muslim Brotherhood] is because of his ideology and belief system, I think it doesn’t reflect the full picture. The reason is the fear that the scenario of the coup d’etat in Egypt could be repeated in Turkey. Erdogan built a psychological barrier to prevent the success of a possible coup with the public. If the AKP did not feel threatened, would the government show such interest in human rights violations against [Muslim Brotherhood ] and the Freedom and Justice Party? It is not that clear. “

Another concern is the future of the three leading satellite channels Al Sharq, Watan and Mekameleen TV broadcasting from Turkey. Will the Turkish government shut them down? Will they extradite their leaders to Egypt?

Times have changed and there is increasing pressure on Egyptian media operating from Turkey to end their criticism of the Sisi administration and soften their language. Feyza Gumusluoglu, a journalist specializing in Gulf politics who has reported from Qatar, told Al-Monitor it was unlikely to close the outlets. â€œIt’s no surprise that they were asked to ‘calm down’. A similar situation is the case of Al Jazeera. The channel did not close its doors at the start of Qatari’s rapprochement with the CCG, but its tone has softened noticeably, there are fewer figures of the Brotherhood in its programming and some censorship is even seen in the fatwas of [senior Brotherhood imam Yusuf] al-Qaradawi. Even more liberal figures like Ayman Nour have received warnings from Ankara. June 24, Mohammed nasser, a popular Mekameleen TV commentator, reluctantly announced his resignation on Twitter.

It would be a drastic measure to expel Egyptian members of the movement, some of whom have residency and citizenship in Turkey. Ozkan highlighted the example of popular journalist Moataz Matar of Al Sharq, one of Ankara’s pressured figures. “Matar said he would continue to speak out and maybe it would be better if he left so that the Turkish government is not left in a deadlock.”

Lorenzo Vidino, director of the program on extremism at George Washington University, acknowledged the challenges the Muslim Brotherhood faces in Turkey and the few options they have if they were to leave Turkey. “Much less than eight years ago,” Vidino told Al-Monitor. â€œSudan is no longer viable, Qatar is only partially viable, perhaps Malaysia a bit and for some it may be Western countries. But none of these options can compare to the freedom and support they enjoy in Turkey, â€he added. All experts contacted by Al-Monitor agreed that the Muslim Brotherhood leadership lacked places to seek refuge.

Members of the movement around the world are worried about how long they can count on Turkish hospitality. Silencing the media is the first step in rapprochement with Egypt and perhaps the easiest for Ankara, but there will be more.

The Muslim Brotherhood faces charges of terrorism in the Muslim world. States ranging from Pakistan to the Gulf via Tunisia disagree with it. Limiting the activities of the Muslim Brotherhood diaspora has already become a top priority in Turkish foreign policy and may have unintended spillover effects on domestic politics.

AFP urges the CHR to deepen the murder of Absales