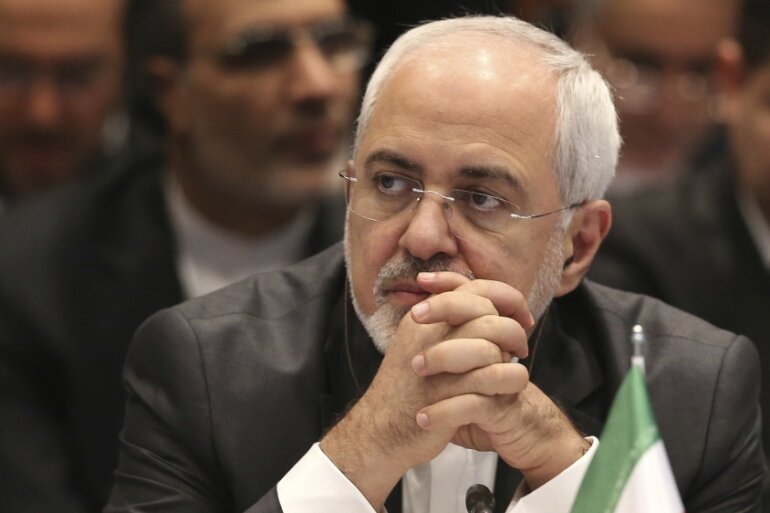 Zarif also said the United States is sacrificing its own interests by “weaponizing” food and medicine for Israel’s sake.

“UN Special Rapporteur @AlenaDouhan confirms that US #EconomicTerrorism – speciously named ‘sanctions’ for the appearance of pseudo-legality – is injuring and killing Iranians, including children. The United States is sacrificing its own interests by weaponizing food and medicine at Israel’s behest,” Zarif tweeted.

Israel, in particular its former Prime Minister Benjamin Netanyahu, was a key provocateur for the Trump administration to abrogate the 2015 nuclear deal, officially called the Joint Comprehensive Plan of Action (JCPOA).

Trump left the JCPOA in May 2018 in accordance with his “maximum pressure” campaign against the Islamic Republic. Trump acknowledged that the sanctions against Iran were unprecedented in history.

In September 2019, Zarif also wrote, “As US economic WAR on Iranians escalates, @realDonaldTrump has ordered SoT to dramatically increase sanctions on the COUNTRY of Iran! “It is to admit that the United States DELIBERATELY targets ordinary citizens: ?#Economic, illegal and inhumane terrorism. Stop war and terror. #Security4All.

Trump wasn’t even ready to ease sanctions on Iran when the country was hit hard by the Covid-19 pandemic. At the time, Zarif said economic terrorism had been supplanted by “medical terrorism”.

Douhan, who visited Iran from May 7 to 18, 2022, called for the lifting of unilateral sanctions against Iran in a report that details the effect of embargoes on the Islamic Republic.

In the report released on Monday, Alena, whose role focuses on the negative outcome of the sanctions, said they had affected almost every aspect of life in Iran and called for their lifting.

According to Douhan, even as drugs and food are supposed to be exempt from sanctions, blanket licenses issued by the US Office of Foreign Assets Control (OFAC) to secure the exemptions “seemed ineffective and almost non-existent.”

She said the delivery of medicine and medical equipment to Iran was ‘severely compromised’ by the effects of sanctions on finance, trade, shipping, insurance and over-compliance by companies and suppliers foreigners, Al Jazeera reported.

“These constitute serious obstacles to the enjoyment of the right to the highest standard of health attainable by all Iranians.”
Sanctions have been imposed on Iran since 1979, when the country’s Islamic revolution took place.

The overwhelming majority of the many layers of sanctions have been imposed by the United States, but others, including the European Union, Australia and Canada, also have a history of listing Iran. black and are mentioned in the report.

Since 2018, when Trump unilaterally reneged on the UN-backed 2015 nuclear deal with world powers, Washington has applied a “maximum pressure” campaign of tough sanctions that were extended by President Joe Biden, even then that efforts continue to restore the agreement.