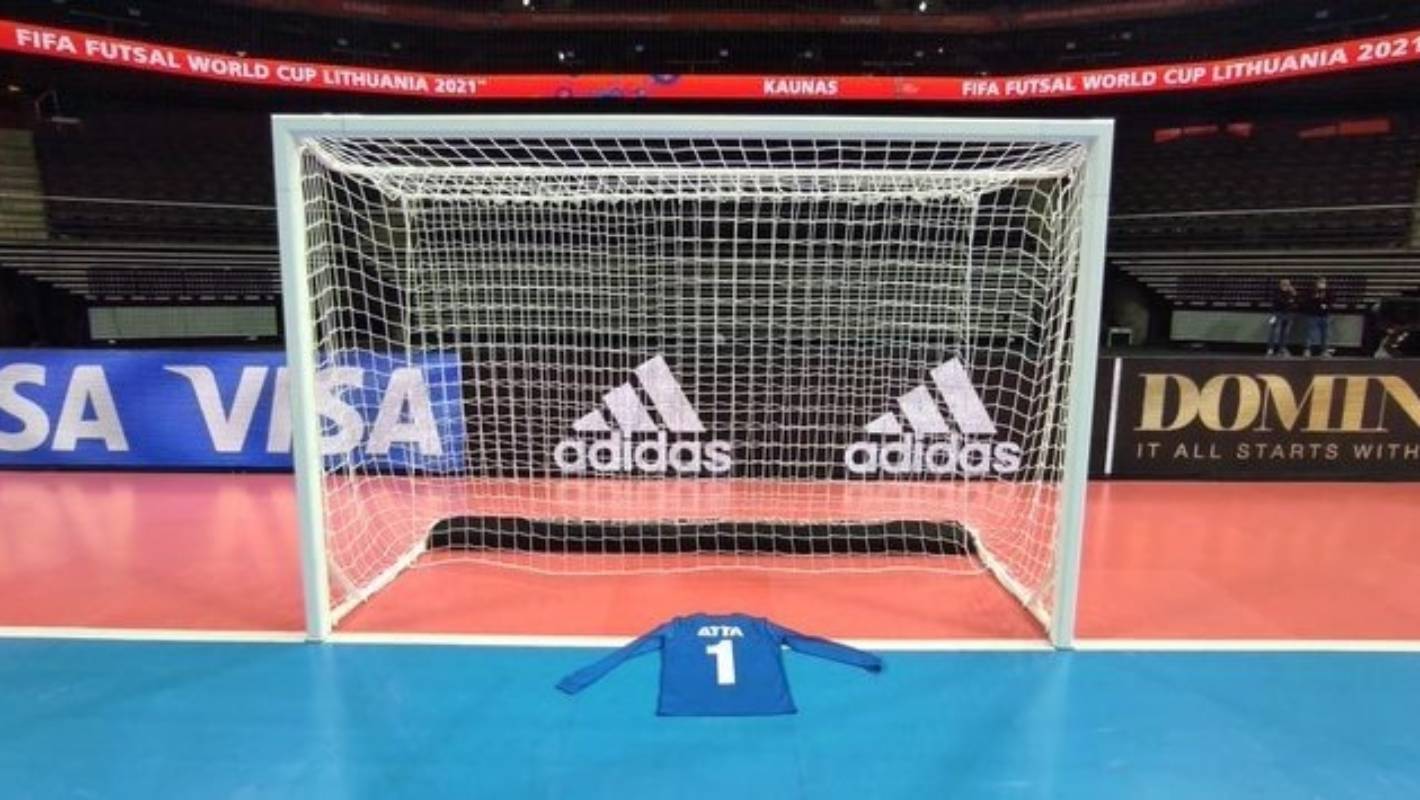 An “Atta 1” shirt commemorating NZ Futsal Whites goalkeeper Atta Elayyan was dropped into a goal mouth during the Fifa Futsal World Cup in Lithuania. He was one of 51 people killed in the terror attack on the Christchurch Mosque in March 2019.

A moving tribute was paid at the Futsal World Cup to New Zealand goalkeeper Atta Elayyan who was killed in the 2019 Christchurch mosques terrorist attack.

Elayyan was the New Zealand goalkeeper for the Futsal Whites and it was his dream to compete in the Futsal World Cup in Lithuania this year.

But the 33-year-old was fatally shot on March 15, 2019 while praying at the Masjid Al Noor Mosque next to South Hagley Park, as he regularly did on a Friday.

Atta Elayyan has played 19 matches for the national futsal team and has coached the Christchurch Boys’ High team.

Corn Fifa.com reported that Elayyan was in Lithuania “between posts, at least spiritually”. An “Atta No 1” jersey was dropped into the goalie’s mouth during the just concluded World Cup tournament by a group of Elayyan’s friends. Futsal coach Matt Fejos, international Futsal Whites Brayden Lissington, goalkeeper Fraser Hunter and Mitch Thomasen went to the World Cup to pay their respects.

Elayyan’s best friend and co-goalkeeper Elias Billeh said Fifa.com that “this Futsal World Cup was a big, big dream for Atta. We would be up at night, until I didn’t know what time, talking about what it would be like to be there.

Elayyan’s widow Farah said she “cried a lot” when Billeh showed her the tribute.

“It reassured me that it’s not just me and her family who will never forget Atta,” she said. Fifa.com. “He still has a lot of people who love him and remember him.

“I really did not expect such a tribute. The Futsal World Cup is all about the games. And this is not an event in New Zealand, but a world tournament. To see people paying homage to Atta was wonderful. It was painful to see at the same time, but it was really beautiful.

She said futsal “meant a lot to Atta” and took their baby girl, Aya, to watch it play. “She doesn’t remember it, but I know her presence meant a lot to him. In the future I will be able to show him the pictures [of the tribute]. ”

Atta Elayyan – one of 51 people killed in the mosque shooting – was born in Kuwait. After moving to New Zealand, he attended Christchurch Boy’s High School and was coaching their futsal team at the time of his tragic death.

He was a successful businessman, founder of an application development company, LWA Solutions.

He won 19 caps for the Futsal Whites after making his debut in 2013 and won two domestic titles with Canterbury United.