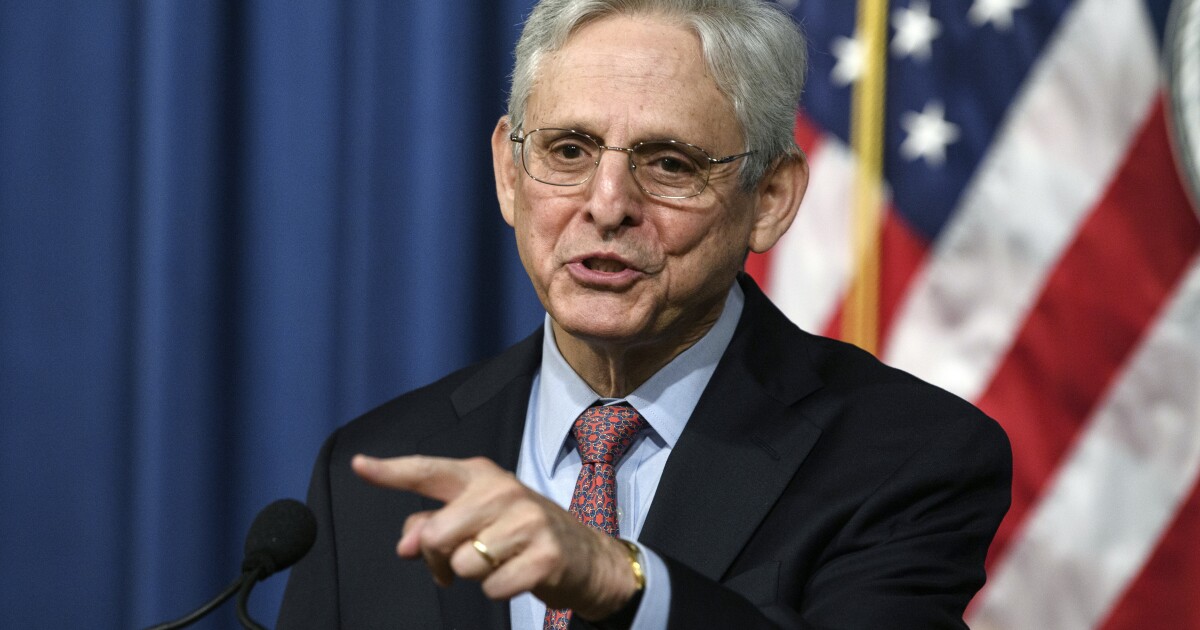 The Department of Justice is all over the allegations of threats made against liberal activists.

The Department of Justice released a statement on alleged threats against the transgender clinic at Boston Children’s Hospital, declaring how boldly the administration handles hate crimes and vowing not to tolerate “motivated criminal activity.” by hate”.

Looks like there was an attack on a facility in US Attorney Rachel Rollins’ jurisdiction yesterday. No statement from his office so far https://t.co/ES3gp7l5cI

This aligns with Garland’s Justice Department comparing parents speaking at school board meetings to terrorists, at the behest of the National School Boards Association, which of course colluded with the Biden administration. to fabricate this accusation in the first place. As a group of liberal activists, from school board bureaucrats to gender clinic ideologues, say they are receiving threats, the Justice Department is raising its voice of condemnation loud and clear.

Meanwhile, a group called Jane’s Revenge has claimed responsibility for attacks on crisis-ridden pregnancy centers across the country. Several of these centers have been burned down, and the group responsible boasted “how easy and fun it is to attack” and that they “will take increasingly drastic measures” that will not be “as easy clean than fire and graffiti”.

They are domestic terrorists who brag about their terrorist attacks and threaten to escalate them. It wasn’t worth as much as a whisper of condemnation from Garland. Any alleged threat to a gender clinic must be strongly condemned, and the parents concerned are no different from domestic terrorists, but real domestic terrorists burning down buildings and promising to do worse? Silence from the Ministry of Justice.

Garland’s Department of Justice doesn’t care all that much about domestic terrorism if it targets organizations or groups the left disapproves of, and the left despises pregnancy centers in crisis. Associate Attorney General Vanita Gupta called these “fake clinic” centers. Kristen Clarke, head of the department’s civil rights division, called them “pests” and “predators.” Note that these are organizations that help mothers before and after childbirth.

Garland wants transgender clinics and school boards obsessed with social justice to know that he stands with them against all threats, real and exaggerated. Meanwhile, he and the Justice Department want pregnancy centers in crisis to know that they are fake and predatory and that being set on fire and threatened by domestic terrorists is okay. This is what “justice” looks like to leftists like Garland.

Was Iran behind Salman Rushdie’s assassination attempt in America?

An Alabama GOP county chairman apologizes for posting an elephant logo with KKK imagery. The local NAACP wants him out of the school board