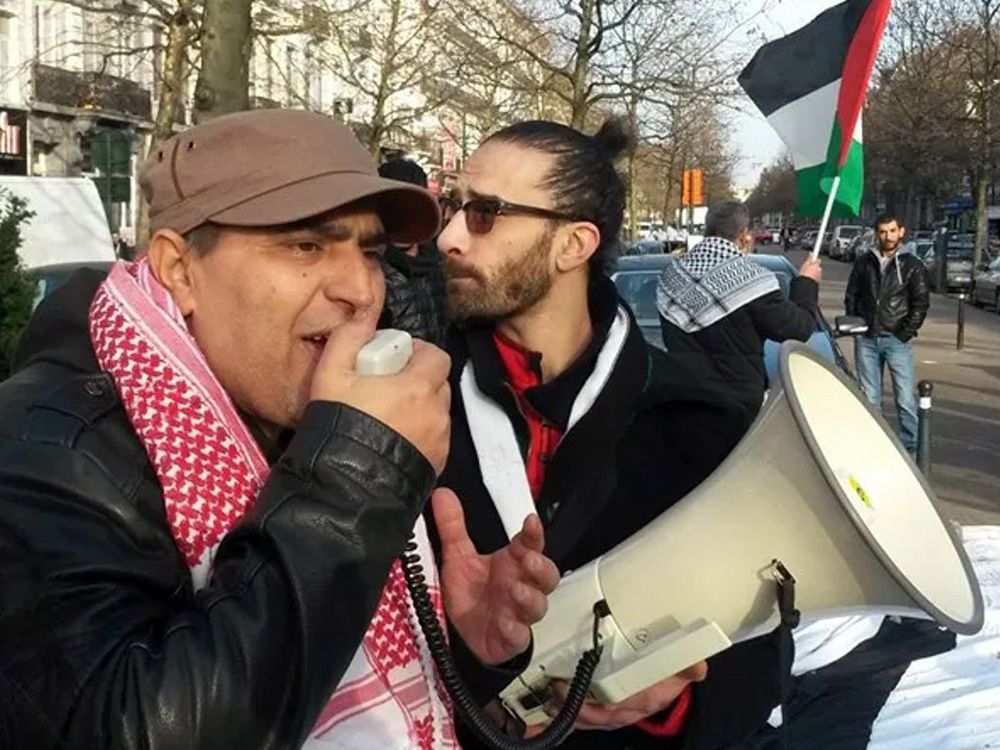 Glavin: Why was a man linked to a terrorist group allowed to speak at a venue owned by the City of Ottawa?

“It amazes me. It really amazes me. I would like to know what the city of Ottawa is thinking of doing,” Josh Korn told me. The 70-year-old retired software engineer and active member of the community Ottawa Jew isn’t alone in wanting to know why a man identified by the Israeli Secret Service as a senior member of a notorious Palestinian terror group was allowed to give a speech at a city-owned facility this week last.

The Jewish Federation of Ottawa, B’nai Brith Canada, the Center for Jewish and Israel Affairs and the Israeli Embassy say they would also like to know, and have been trying for weeks to get their questions answered clearly. on why speaking engagement was allowed to go forward.

The man in the middle of the mystery is Khaled Barakat, a guest speaker at a national meeting last Friday organized by a group called the International League of Peoples’ Struggle at the city-owned Foster Farm community center. Israeli intelligence agencies claim that Barakat, 51, is a leading figure in the Popular Front for the Liberation of Palestine.

Dan Chenier, general manager of the Ottawa Recreation, Culture and Facilities Department, tells me there is no mystery. Last month, after hearing several complaints and protests about the planned event, the city’s legal department looked into the matter and concluded that there was nothing wrong with Barakat coming to Ottawa and speaking his speech at the community center, Chenier said.

But this is where the mystery begins.

Barakat arrived in Canada about 20 years ago and spent most of his time in Vancouver, although he travels in and out of the country frequently and was banned from giving public speeches and expelled from Germany. two years ago. About 10 years ago, Barakat’s wife, Charlotte Kates, a Palestinian rights activist from New Jersey, moved to Vancouver, where she runs an organization called Samidoun Palestinian Prison Solidarity Network.

The Israelis say that Samidoun is an international proxy organization of the PFLP, best known for its dramatic hijackings and suicide bombings. Listed in Canada and nearly every democracy as a terrorist organization, the PFLP was behind the 2014 massacre at a Jerusalem synagogue where Toronto Rabbi Howie Rothman was among those murdered. The Israeli government designated Samidoun as a terrorist entity on its own merits on February 28 last year. Three days later, Corporations Canada registered Samidoun as a legitimate entity under the Canada Not-for-Profit Corporations Act.

According to Israel’s National Counterterrorism Financing Office, Barakat is the central figure in Samidoun’s global operations and is directly engaged in “establishing militant cells and motivating terrorist activities in Judea and Samaria (West Bank). ) and abroad “. Both Barakat and Kates refused to speak to me, but in their public statements they both insisted that they were victims of a Zionist campaign to intimidate human rights activists.

On Tuesday, the Israeli Embassy presented a radically different picture.

“There are no secrets as to the affiliation and activities of Khaled Barakat. Over the years, his close ties and even his leadership roles in the PFLP have not been hidden or disguised. It was only recently, as the Samidoun network attempted to pose as a legitimate charity, that the PFLP attempted to conceal the link between the organisations.

In a statement emailed to the National Post on Wednesday from Samidoun’s Vancouver address, Kates wrote that the band is “independent.” She added that “we completely reject the criminalization and terrorist listing of the PFLP and other Palestinian resistance organizations.” Kates further denied that Samidoun has any direct affiliation with Barakat. “Khaled Barakat is not a member of Samidoun, although he is someone we have great respect for,” the statement read.

The Ottawa event at the Foster Farm community center was billed as advocating “resistance by any means necessary,” and the Israeli embassy says there is “no other understanding of this phrase. to call for hatred and violence against the Jewish people and the Jewish state.

“Barakat and other speakers affiliated with the PFLP should not have a platform to vomit their hatred and violence anywhere in the world, let alone in Canada’s national capital.

Prior to the event, CIJA, B’nai Brith and the Jewish Federation of Ottawa protested the City of Ottawa’s green light for the event, arguing it went against policy. of the city against the granting of public places to individuals. or organizations that support or promote discrimination, contempt or hatred towards any person on the basis of race, national or ethnic origin, color or religion.

In a May 26 letter to Chenier, the federation wrote, “In particular, these groups promote hatred and incite violence against Jewish Canadians and Israeli Canadians.

All of these pleas have been dismissed, just as efforts by CIJA and B’nai Brith for over a year have failed to gain traction with multiple ministers and the Prime Minister’s Office on Samidoun’s open activities. in Canada. As B’nai Brith puts it, the PFLP was “inexplicably allowed to settle in this country”.

Senator Leo Housakis raised the subject in the upper house last month, but the several federal ministers responsible for the matter have refused to address the mystery directly, consistently citing either the Privacy Act or federal policy. prohibiting direct discussion of national security matters.

As for Josh Korn, the retired software engineer who tried to figure out how Ottawa could possibly authorize an event featuring speeches by individuals intimately associated with the PFLP and Samidoun, he says the mystery reminds him of a similar episode. in 2014, when city officials authorized the installation of a macabre exhibit glorifying Palestinian terrorism at the Karsh-Masson Gallery in City Hall. One result of the controversy was the city’s decision to develop guidelines and policies to prevent civic venues from being used to promote hatred. CIJA President and CEO Shimon Fogel said last week’s event was in clear violation of those guidelines and policies. Korn says it’s like nothing has changed.

“I can’t believe we’re back with the city saying there’s nothing wrong with that,” Korn said.

Terry Glavin is an author and journalist.

Sign up to receive daily news from Ottawa Citizen, a division of Postmedia Network Inc.

A welcome email is on its way. If you don’t see it, please check your spam folder.

The next issue of Ottawa Citizen Headline News will soon be in your inbox.