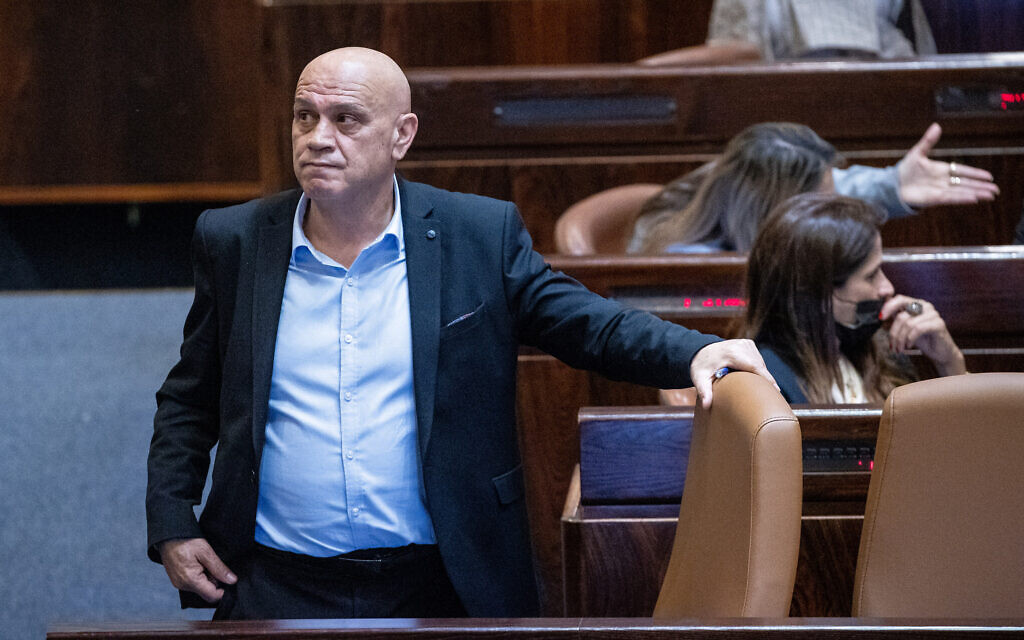 The government on Sunday approved the creation of a committee to examine the abolition of state benefits such as pensions and other subsidies given to the families of citizens who have committed acts of terror.

But the Minister for Regional Cooperation, Esawi Frej, spoke out against this decision.

“You are not harming the benefits of the children of citizens and residents,” Frej tweeted.

“Those elected by the right cannot stay another minute in this weak and dangerous government that depends on supporters of terrorism,” said opposition leader Benjamin Netanyahu.

Prime Minister Naftali Bennett walks to a cabinet meeting in his office in Jerusalem on April 10, 2022. (RONEN ZVULUN / POOL / AFP)

“We are determined…to change the equation so that it is not worth participating in terrorist attacks against Israeli citizens,” Prime Minister Naftali Bennett said. “Providing state benefits to terrorist families is utter nonsense and it’s time to right the injustice.”

“The State of Israel will hold accountable anyone with a direct or indirect connection to terrorist attacks,” he added.

Israel has witnessed four deadly terrorist attacks in recent weeks and has tightened security measures in response, as well as a number of raids in the West Bank.

Such legislation has been introduced in the past but failed to pass the Knesset. He would also be likely to face a challenge in the Supreme Court.

Frej’s tweet follows comments by Meretz MK Gaby Lasky last week, who said payments made by the Palestinian Authority to the families of terrorists are necessary to prevent the exploitation of women and children. Lasky later apologized, saying she “did not for one moment justify the infamous terrorist attack.”