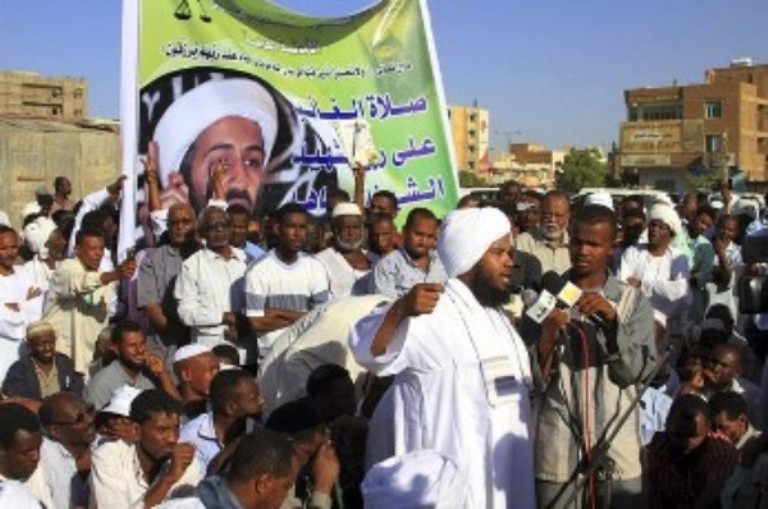 “These are messages of war that I send to the mujahideen in Sudan, because it is a legitimate obligation for us to fight for the good of religion so that the word of the disbelievers is lowered to the depths, and that the word of Allah be exalted to the heights,” said the author, Sheikh Abu Hudhayfa Al-Sudani, in the introduction to his publication, which focuses on Sudan.

Why is it important?
The publication called for jihad against the Sudanese government and the creation of jihadist combat formations, which would declare war on the “tyrannical regime and the puppet government in Khartoum”.

What is the basis of his appeal?
Abu Hudhayfa al-Sudani asserts that “monotheism is the whole religion, and it is a complete system of life, but it is only achievable by striving for the love of Allah, to take control of the tyrants who have altered the law of God and revert people to monotheism.

Proposed mechanisms
The author called on the jihadists in Sudan to “comply with the minimum duty which they cannot shirk, which is the acquisition of weapons, the storage of ammunition in sufficient quantity, training and preparation until may God allow the emergence of the ‘blessed group’ under whose banner they are fighting.”

Who is Abu Hudhayfa?
According to available data, Abu Hudhayfa Al-Sudani embraced jihadist ideology a long time ago, before joining the international terrorist network al-Qaeda in Afghanistan under the leadership of “Osama bin Laden”.

Abu Hudhayfa traveled several times between Arab and Middle Eastern countries to carry out terrorist attacks. He flew north to Iraq and Pakistan, then returned to Khartoum where he was detained and extradited to Saudi Arabia, where he had been sentenced to prison.

A decade later, after his release, he left for Syria and joined one of the Al-Qaeda groups there.

Al-Sudani’s latest book “Fighting is Now” is 4e one in his series, following his books: “On the Edge of the Sword”, “Thoughts of a Prisoner” and “The Forgotten Prince”.

A new approach
“Fighting is now” diagnoses the needs of the organization in Sudan by studying the situation on the ground, and concludes that:

The writer shows his optimism for action, pointing out that “Sudan has gathered the objective conditions for a successful guerrilla war because it is a vast country with varied terrains and climates of mountains, forests, deserts, which make it easier to move and maneuver”. .

“Each stage has its corresponding military, political and media tools and the appropriate formations and structures in the structure and organization,” he says. Abu Hudhayfa wrote.

According to his vision, it is necessary to establish rear bases in the mountains and forests, with urban groups that operate in the cities in the form of cluster cells that carry out attacks and special missions under the command of a smart leader.

Why al-Qaeda is not present in Sudan?
The author asserts: “Jihad requires a vanguard organization, an entity which unites the (jihadists), uses their capacities and coordinates their efforts, to be the spearhead in the fight against the enemy.

Such a statement means that there is no al–A group affiliated with Qaeda in Sudan, the organization is therefore seeking to recruit Sudanese and establish a strong presence in the country, particularly after the failure of an attempt by the Somalis al-Shabab to control the territory in Ethiopia last July before settle in Sudan.

The ousted Islamist regime in Khartoum took in Osama bin Laden and Carlos the Jackal and turned the country into a safe haven for Islamist groups in the early 1990s. However, under international pressure, al-Bashir’s government had to review its politics and ended this awkward relationship.

“In Sudan, there is no al-Qaeda or ISIS organization as there is in Iraq, Somalia and Yemen,” said a private source and researcher in the organizational and strategic thinking of terrorist movements. , who spoke to Sudan Tribune on condition of anonymity.

“Sudanese extremist groups at home have remained disjointed and unconnected to each other. They only migrated and joined the Organization overseas,” the source added.

Political analysts point out that terrorist organizations take advantage of political instability, or the collapse of the state or the military, as happened in Mali, Libya or Somalia.

“In Sudan, the state is always cohesive, and the military and intelligence services can fight against any expansion of such organizations,” said political analyst Oussama Elias.

Environment unsuitable for terrorist groups
The dominant religious patterns in Sudan prevent the emergence and spread of terrorist organizations on its territory, regardless of the severity of the political and security crises, the researchers believe.

“These jihadist groups do not have a social or ideological incubator here, because the Sudanese religious mood tends towards Sufi religiosity and derives its culture from it,” said Islamic thought researcher and professor at Sudanese universities Mohammed Almajzoub Saleh.

“Furthermore, the general intellectual space in which Islamist movements take place in Sudan is characterized by a belief in freedom and tends to privilege dialogue. So, such (extremist) calls will not find an intellectual incubator for them in Sudan,” Saleh added.

Bad-tempered criticism
Religious extremism experts argue that jihadist groups make moody judgments that are not based on fixed criteria, pointing out that in his recent book, Abu Hudhaifa al-Sudani celebrated the Union of Scholars’ statement, imams and preachers against the Burhan-al-Hilu agreement on the separation of religion from the state, despite his strong disagreement with them. Along the same lines, he attacked the same Islamist current, saying: “These delusional members of the so-called broad Islamic current have not understood the essence of the Islamic State. They are a stream that has lost its compass.

For his part, Mohamed Majzoub stresses that this is the rule in extremist organisations. “They start with takfir – declaring a Muslim a disbeliever – and enmity with those around them. This is the nature of extremist discourse. Al-Majzoub adds that there is another dimension to the emergence of these jihadist movements. He adds that the political unrest in Sudan is not enough to pave the way for the spread of terrorist organizations, according to Abu Hudhaifa’s view. He goes on to say that these organizations are not the product of internal conditions, but rather a creation of external hands, but ultimately they remain a strange phenomenon separate from Sudanese society with all its religious tolerance and Sufi sects.