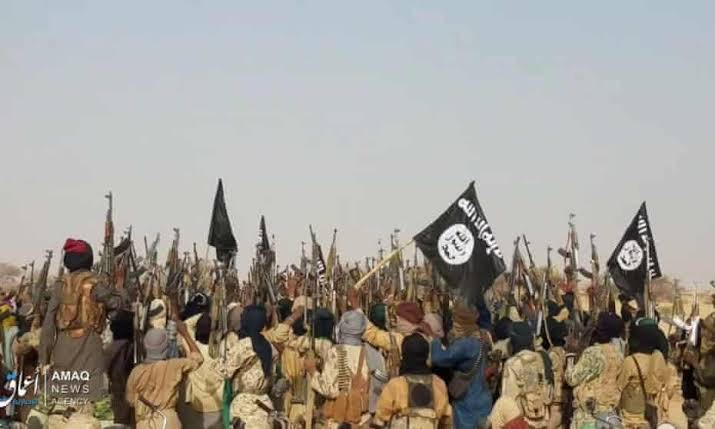 The Islamic State of Iraq and Syria (ISIS) has recently focused on Africa, encouraging its fighters to migrate there in order to establish a strong new base of operations. In a series of propaganda messages, ISIS called Africa a new land of hijrah (Migration) and Jihad, and said its fighters would operate the same as in Syria and Iraq until a strong caliphate is established.

“Muslims have seen in recent years how Africa has turned into a land of Hijra and Jihad, that migrants who do not like to live under satanic regimes and jahili the (non-Islamic) leaders move to fight for the sake of Allah and promote His words,” said the editorial of the Islamic State of Al-Naba of June 16, 2022.

Two weeks later, the band released another video featuring fighters from its central operations, praising the fighters in Africa and demonstrating their alliance. Islamic State fighters were seen in the video encouraging jihadists in Africa to press on until their former caliphate was restored, which had taken a global coalition four years to disintegrate. It seems that the group is now planning to reappear in Africa.

Africa is seen as fertile ground for the Islamic State to achieve its goal. According to analysts, terrorists looks like for a place where corruption is rampant, religious and ethnic strife, and a high level of poverty to recruit supporters with grievances that local security forces are unable to address. Africa, they said, is a perfect example.

Despite its losses in Syria and Iraq following international military intervention, the Landless Islamic State has continued to provide support to affiliated groups, including at least nine official subgroups in Africa – some in the Sahel, the Lake Chad region, Central and North Africa.

The UN issued a report in 2021 on the threatens of the expansion of the Islamic State in Africa, with Italian Foreign Minister Luigi Di Maio worrying about the consolidation of terrorists on the continent, posing a significant threat in a region with many security gaps. According to Global Terrorism 2020 Indexthe expansion of ISIS affiliates in sub-Saharan Africa has led to an increase in terrorism in many countries.

Between January and June 2022, available Data indicates that the Islamic State has carried out more attacks in Africa than in other parts of the world where it operates. Nigeria alone recorded 305 attacks in six months, second only to Iraq with 337 incidents.

According to Al-Naba’s editorial, the continent has yet to experience a strong presence of Western forces, implying minimal military resistance against their operations.

The recent interest in the Lake Chad branch in particular is the continuation of an old process that has involved providing financial support, training and guidance. ISIS also authorized operations against Boko Haram (the Jama’atu Ahlussunnah Lidda’awati Wal Jihad faction) which culminated in the death of Abubakar Shekau.

In its propaganda messages, ISIS elevated ISWAP to the rank of new queen. According to a Crisis Group report, ISWAP appeared in 22 of ISIS’s 41 propaganda posts and appeared in 57 Al-Naba covers in 2021. This was more than any other ISIS franchise in the world. Strategies and attacks are sometimes carried out within the group in accordance with ISIS directives, and the results are published in the group’s media wing.

ISWAP’s ideology also allowed it to exploit the environment and the local population. The group collects taxes from farmers and ranchers in areas under its control in exchange for security and access to agricultural resources. Its propaganda messages showed how the organization provides financial support through the use of Zakat and allows traders to open shops regulated by the religious police (Hisbah).

According to reports, the organization dug wells, banned cattle rustling and provided some health services to residents of controlled communities. This approach is part of its governance model to win the hearts and minds of locals and create a base of support that will potentially serve as a recruiting pool.

This does not mean that the group does not pose a risk to civilians or has ceased to apply its violent interpretation of Islamic law, but the jihadists try to control the population and communities without resorting to arbitrary attacks or confiscation. goods, as Boko Haram did.

In addition to local recruitment, hijrah is an essential ideological pillar in jihadist operations. This is one of the main doctrinal issues dividing Boko Haram, with the Shekau faction believing that anyone who has not emigrated to where the jihadists are and has chosen to live in the “land of the infidels” (Darul Kuffar) is by definition an unbeliever. It also means that anyone who wants to join the jihadists but is unable to fight the government must go to where they claim to be the country of hijrah.

The concept was inspired by the journey of the Prophet Muhammad from Mecca to Medina. Salafist-jihadists have used it in their propaganda messages to encourage supporters to migrate to their strongholds in the traditional divisions of Darul Harb (remains of war) and Darus salam (abode of peace), where war and peace are justified according to their political theology.

ISIS’s new push towards migration means a network of operatives, unofficial affiliates and other supporters could be encouraged to move in and support local forces. Experts believe this could lead to increased levels of violence.

The defeat of the Islamic State in Iraq and Syria had no significant effect on the operations of its African subsidiaries. Neither the loss of land nor the death of Abu Bakr Al-Baghdadi had any impact on their operations. In a series of videos released by the groups immediately after his death, terrorists in Africa Free New bay’a (allegiance) to Abu Ibrahim Al-Quraishi, now deceased, and they continued their attacks on their individual level.

The attacks continued to escalate even as the terrorists pledged allegiance to the new leader of the Islamic State, Abu Alhassan, with ISWAP being the most represented from the collage of images. published by its parent group.

There are millions of ordinary people affected by conflict in Africa whose stories are missing from the mainstream media. HumAngle is committed to telling these difficult and under-reported stories, hoping that those affected by these conflicts will find the safety and security they deserve.

To make sure we continue to provide public service coverage, we have a small favor to ask of you. We want you to be part of our journalistic enterprise by bringing us a token.

Your donation will further promote a strong, free and independent media.