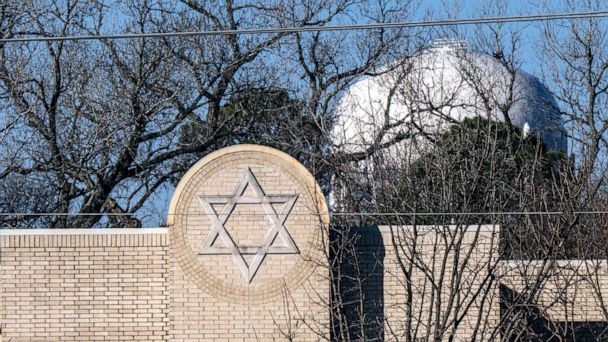 By Wesley S. Leon Last updated Jan 22, 2022
Share
The FBI said Friday it is treating the recent hostage-taking at a Texas synagogue as an act of terrorism and a hate crime.

An international federal investigation is underway after a Dallas-Fort Worth-area rabbi and three members of his congregation were taken hostage on Saturday by an allegedly armed man who authorities say was demanding the release of a terrorist sentenced.

“The FBI is treating and treating the events of Saturday as an act of terrorism directed at the Jewish community,” DeSarno continued. “It was committed by a terrorist exposing an anti-Semitic worldview.”

The suspect “repeatedly demanded that the United States release a convicted al-Qaida terrorist in exchange for the safe return of the hostages,” which met the definition of terrorism under federal law, said DeSarno, adding that forcibly taking victims hostage while exercising their right to worship was a federal hate crime.

“We recognize that the Jewish community in particular has suffered violence and faces very real threats from across the spectrum of hate, from domestic violent extremists to foreign terrorist organizations. And because of this, the FBI considers threats persistent actions against the community are among our highest priorities,” DeSarno said.

The suspect, who died in the incident when an FBI hostage rescue team entered the synagogue, has been identified by authorities as Malik Faisal Akram, 44, a British citizen.

Rabbi Charlie Cytron-Walker was leading Shabbat services at Congregation Beth Israel in Colleyville on Saturday morning when, according to law enforcement, Akram interrupted the service and allegedly claimed he planted bombs in the synagogue.

Authorities believe the location was intentionally targeted because it was the closest synagogue to Carswell Air Force Base near Fort Worth, where the convicted terrorist is being held.

DeSarno did not identify the prisoner by name, although multiple law enforcement sources told ABC News the armed suspect was seeking the release of Aafia Siddiqui, who was found guilty of assault and attempted of murdering an American soldier in 2010 and sentenced to 86 years in prison.

DeSarno said the suspect was aware that foreign terrorist organizations had previously tried to negotiate the prisoner’s release by trading American hostages. DeSarno said he did not know of any personal connection between the suspect and the convicted terrorist.

In the days following the incident, law enforcement officials received a “high volume of leads” and interviewed everyone they believe Akram has interacted with since arriving in the United States on the 29th. December, according to DeSarno, who did not specify if so. were considered accomplices. Authorities did not arrest anyone at the scene in connection with the incident.

Investigators searched the suspect’s social media and personal devices to try to learn more about his travels and associates, as well as to determine how he may have acquired a firearm, DeSarno said. No explosives were recovered on site.

The FBI is also working with international partners, including the UK, on ​​the investigation. Two men were arrested Thursday morning in England as part of the investigation, British authorities said.

The 10 a.m. standoff ended with the four hostages escaping safely as the situation went from “bad to much worse,” DeSarno said.

“The professionalism and expertise of the negotiating team combined with the composure and judgment of the hostages created the conditions for a successful resolution,” he said.

Cytron-Walker said he had Colleyville Police Department Chief Michael Miller’s cell phone number and was able to text and communicate with him about the arrest. hostages as it unfolded.

“We were constantly looking for an opportunity to leave, and it was very, very difficult to find an opportunity where we could all leave,” Cytron-Walker told reporters on Friday.

Hostage negotiators successfully negotiated the release of one of the hostages. With three remaining, Cytron-Walker said he threw a chair at the hostage taker so they could escape.

“I stand here before you with great gratitude just to be alive,” Cytron-Walker said. “With gratitude to God, with gratitude for all of these individual human efforts that make it possible for us to be here today, I am overflowing with gratitude.”

Cytron-Walker has invited anyone interested to pray with the congregation Friday night and Saturday morning through its Facebook Live program as the community tries to find a “sense of peace” after the heartbreaking incident.

“We all desperately, desperately need that sense of peace,” he said. “And I would extend that not just to the Jewish community, but to all communities.”