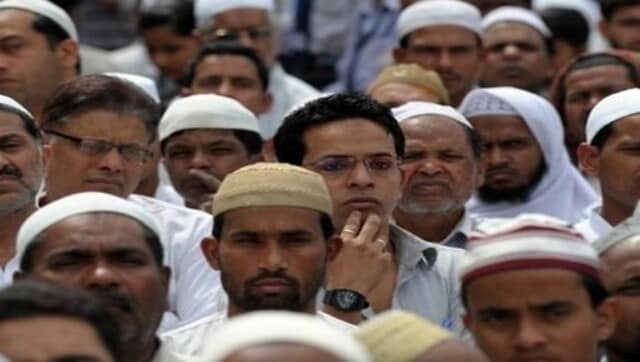 India is going through a critical phase in its history. In 2014, when Narendra Modi was sworn in as prime minister, at first it seemed like a usual changing of the guard. However, after 2014, India started to show signs of fundamental changes in its foreign policy, force posture, internal security, counter-terrorism policy, economic policy and political-constitutional setup. The surgical strikes and Balakot airstrikes of 2016 and 2019, respectively, showed that India was emerging from its fold from a soft state that believed in strategic restraint in the face of the worst kinds of terrorist attacks. After Modi’s election in 2019, the pace of fundamental change in the aforementioned areas has accelerated.

With such fundamental changes in full swing, India once again finds itself facing its most sensitive issue with heavy historical baggage, ie the Muslim question. India’s Muslim question has haunted India’s collective psyche and strategic subconscious for the past 1,000 years. This resulted in fierce military resistance by Hindus against Islamic invasions, temple demolitions, forced conversions, and Bhakti socio-religious reform movements to counter the spread of Sufi Islam among lower-caste Hindus. The mainstream of fierce resistance and conflict has at times been interspersed with brief periods and trends of communal harmony, tolerance and integration of Muslims into the cultural and spiritual landscape of India. Finally, the “Muslim question” led to a bloody partition of the Indian subcontinent, giving birth to the Islamic Republic of Pakistan and the question of Kashmir, an eternal subject of contention between the two nascent republics.

Although India chose to be a secular country with special rights and privileges for the Muslim minority, the Muslim question remained unresolved. In an officially secular India ruled by the Congress party, the “Muslim question” continued to simmer and grow, only to be assuaged by the dose of populist appeasement and accommodation of Islamist elements within the Indian political and administrative mainstream. . However, on the ground, historic animosity between Hindus and Muslims has prevailed and intensified over time, manifesting itself in some of the most brutal riots, such as the Gujarat riots of 1969 and the Bhagalpur riots ( 1985) and the Assam Riots (1983).

Notably, all of this happened when the much maligned BJP was an insignificant political force and India was ruled by the INC, a self-proclaimed secular entity. Simultaneously, in the late 1980s, India also witnessed the growth of Pakistan-backed Islamist terrorism in Kashmir, the massacre of Kashmiri pundits followed by their eviction from Kashmir. At the same time, Islamist formations such as Jamaat-e-Islami and the People’s Front of India and fundamentalist Islamic ideologies like Wahhabism and Deobandism were also making strong inroads into the Indian Muslim community, radicalizing them and distancing them from the mainstream. Indian. After the demolition of the Babri Mosque, the communal fault lines became wider and sharper. Communalism has always been an important challenge; however, after 1992, Islamic terrorism, influenced by foreign pan-Islamist movements, became a pan-Indian phenomenon, manifesting itself in a series of bombings in major cities like Jaipur, Delhi, Ahmedabad, Hyderabad, Bangalore, Mumbai and Coimbatore. .

Final “confrontation” with the “Muslim question”

Today, amid intense religious radicalization of Muslims and the rise of Hindu nationalism, it seems that India has finally arrived at a stage of frontal confrontation with its “Muslim question”, an issue that has always simmered below the surface and which has either been avoided or swept away. under the rug by repeating shallow and superficial statements of Indian secularism, which have in fact become politically expedient Islamic appeasement. However, today, the thin veneer of Indian secularism hiding the dark underbelly of deep communal animosities and rising jihadism among Muslims is being shattered by the BJP’s strong campaign against terrorism and radicalization, perceived and projected by Islamist organizations like the People’s Front of India (PFI) as anti-Islamic. Given that these organizations have considerable influence among the large part of the Muslim population in India, it can reasonably be said that the legitimate action of the state against their terrorists and their radicalization activities has ended up alienating a significant part of the Indian Muslim population.

A series of developments including triple talaq legislation, SC judgment in favor of Ram Temple, developments related to Gyanvapi Mosque, Madrasah investigation, repeal of Article 370 and lockdown concurrent internet and security crackdown, the banning of Jamaat-i-Islami, The hardening of stances against Pakistan on terrorism, the massive nationwide NIA crackdown on terrorism financing and the Foreign funding of Islamist organizations and charities has destabilized foreign-funded and supported Islamist groups like the PFI, and thwarted their foreign designs of a political nature. They feel that under the BJP government, their nefarious goals, including that of making India an Islamic country by 2047, are under threat and their activities under harsh official scrutiny. Moreover, measures such as CAA/NRC have dashed hopes of effecting demographic change by settling Rohingyas and illegal Bangladeshi Muslim migrants in India.

Street-level protests against some of the perceived anti-Muslim measures began with the passage of the CAA/NRC law. Initially, it appeared that the protesters gathering at Shaheen Bagh in Delhi were a group of civil rights activists recording a peaceful protest. However, the underlying reality was much deeper, darker and devious, involving a range of domestic and international Islamist groups backed by opponents of the Indian state and operating in cahoots with Khalistan activists, left-wing intellectuals and civil rights activists. Shaheen Bagh developed into a well-planned and coordinated national movement, eventually culminating in a series of brutal and violent communal riots in Delhi coinciding with US President Donald Trump’s first state visit to India. While in Delhi, the capital was engulfed in massive riots in which at least 38 people died (February 2020). The timing of the riots was reportedly well timed to coincide with Trump’s visit.

The PFI, an Islamist organization with alleged ties to terrorism and a history of radicalizing young Muslims to join the Islamic State, played a crucial role in the Delhi riots. After the Delhi riots, Islamist groups like the PFI continued their resistance and fierce opposition to the Modi government. Then came the hijab controversy and the Nupur Sharma saga, leading to massive protests nationwide. Ayman al-Zawahiri, the late al-Qaeda leader, stepped into the hijab controversy, presumably to find greener pastures for AQIS (Al-Qaeda in the Indian Subcontinent) amid the community divide that is increasing in India.

The Nupur Sharma saga, an episode which interestingly turned into a major national crisis with repercussions beyond Indian borders, thanks to the machinations of some Indian Islamist and liberal militants and their foreign benefactors and backers of the terrorism in Qatar. Nupur Sharma protests marked by “Sar Tan Se Judah” slogans started the trend of ISIS-style beheadings in India and blasphemous killings. In all of these nationwide protests and riots, PFI’s name figured prominently. The NIA, alarmed by PFI’s rapid nationwide expansion, ties to terrorism, and radicalization agenda, launched a massive crackdown on PFI on September 22, 2022. In a nationwide raid, the NIA apprehended its top 230 leaders to investigate PFI’s links to terrorist groups. and terrorist financing and eventually banned the outfit for five years.

In today’s scenario, it can reasonably be said that PFI has succeeded in creating a narrative of “persecuted Muslims” and “endangered Islam” in BJP-ruled India. They could achieve this by skillfully using social media and forging tactical alliances with left-liberal intellectuals and activists. Although online news portals and mainstream media reports suggest that many Muslim Barelvis organizations have demanded the banning of IFPs.

PFI adheres to Salafi Islam, which is at odds with the Barelvi beliefs of the majority of Indian Muslims, who are close to a relatively moderate Sufi Islam. However, the influence of PFI cannot be underestimated. It has spread its tentacles across the country in over 20 states. PFI activities have been observed in northeastern states like Assam and Manipur and in far western states like Rajasthan. Although ideological differences persist between the Barelvis, Deobandi and Salafists and their respective socio-political organizations, Muslims across the ideological spectrum have massively participated in the recent PFI-orchestrated anti-Nupur Sharma riots in various parts of the country.

Also, based on my interviews with various interlocutors among Barelvis Muslim organizations, I can say that PFI does not focus on religious differences. Instead, he is making a nationwide effort to create an all-India Muslim movement against the Modi government. It provides training to young Muslims in armed combat and unarmed combat techniques. Therefore, to assert that only a small segment of extremist Salafist or Wahhabi factions are behind the communal riots and the anti-BJP Muslim movement is a fallacy.

This is part 1 of a two part series. The second part will deal with the Islamist game plan for India.

The author is a graduate of Cornell University in Public Affairs and a graduate of St Stephen’s College, Delhi. He is a political analyst specializing in counter-terrorism, Indian foreign policy and Afghan-Pakistani geopolitics. The opinions expressed are personal.