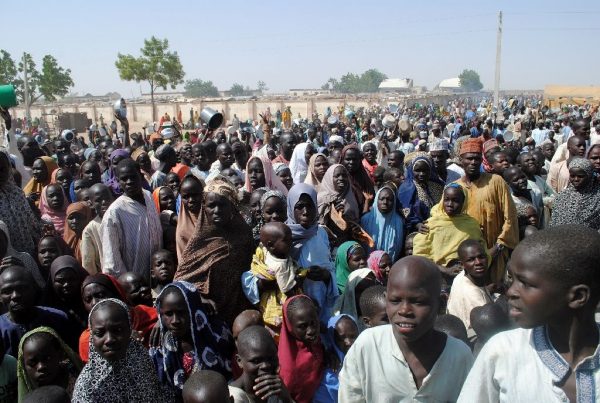 Borno State Governor Babagana Zulum’s admission last October that his administration would close all camps for internally displaced people inside Maiduguri by December 31, 2021, appears to raise concerns in many. environments. The anxiety is understandable given the relentless activities of Boko Haram / ISWAP Islamic terrorists, who have killed, maimed victims and destroyed property amid the military’s ongoing counterinsurgency operations. The facts on the ground call for caution to avoid sending traumatized victims into a new horror.

The internally displaced are victims of a dysfunctional and failing society, whose fate now depends on the risky action envisaged by the Zulum administration. They deserve maximum protection from state actors who have sworn to espouse quality governance and protect lives and property.

Zulum, when interacting with reporters at State House, Abuja, after a closed-door meeting with President Major General Muhammadu Buhari (retired), said the decision to close the IDP camps was motivated by “the recent improvement in the security situation in the State. He said the state government decided to close the camps for the displaced people to return to their ancestral homes. He said that arrangements had also been made for the safe return of displaced persons and refugees in the neighboring Republic of Niger and Cameroon, in collaboration with the Federal Ministry of Humanitarian Affairs. It is a weighty decision because it involves lives.

However, the reality on the ground does not confirm the governor’s security claim. Islamic terrorism, which started in full swing in 2009, continues to thrive in many parts of the northeastern states of Borno, Yobe and Adamawa. Over the past 12 years, Borno has been the epicenter with over 100,000 lives lost due to the brutal insurgency. In recent years, banditry has merged with violent Islamist terrorism to exacerbate an already chaotic situation. Known until then as a realist, Zulum seems to have joined the bandwagon of senior officials living in denial in a nod to politics. It’s sad.

Experience teaches that war on insurgency must be separated from politics; living in denial like the Buhari regime does is also doomed to failure. Recently, the United Nations Children’s Emergency Fund denounced the mass kidnappings of children in series in 2021, ranking Nigeria, Somalia, Congo, Chad, Cameroon and the Republic of Niger as the countries with the highest number of child abduction cases. Yet Buhari, his senior officials and his security chiefs continue to prematurely claim success against a resilient and adaptable enemy.

Indeed, many displaced people are shocked by the governor’s hasty intention to send them back to their dangerous homes. Zulum and the other governors of the war-torn areas in the northeast should be reminded that governments around the world are confronting terrorism with rigorous and sustained efforts with the resolute support of the people. It is never conquered by a random, ill-conceived action or by a refutation of reality. Displaced persons should not be returned to their homes until the federal and state governments, in collaboration with aid agencies, can reasonably certify that they have been rid of terrorists and adequate social and security services. are not set up.

While announcing the end of the 20-year war against the Taliban in Afghanistan last year, United States President Joe Biden noted that the August date was not an arbitrary deadline for the withdrawal. American troops, but was designed to save Americans lives. The governor should take inspiration from this concern for lives and quickly too. IDPs need long-term care to relocate after protracted displacement in order to heal from psychological and physical trauma. The jihadist insurgency in the North East is not over and it is not charitable to pretend otherwise.

Boko Haram’s footprints are still too visible. Just in December in Borno, and hours before Buhari’s visit to the state, the province of the Islamic State of West Africa, a terrorist group launched rockets at areas near the airport of Maiduguri, where the president was to address the troops. This daring act had already been adopted in several parts of the state, notably in Malam Fatori in the local government area of ​​Abadam; one of the two LGAs where Zulum insisted the IDPs return. Why this hasty return in this climate of insecurity? It smacks of dangerous politics.

In truth, the war is far from over. Attempts to whitewash this reality to adapt it to political sentiments are unnecessary and unworkable. Human misery is involved. It is unpleasant to base the fence on exaggerated notions of improving safety.

In another interaction with stakeholders, Zulum identified the gruesome state of IDP camps and challenges such as drug addiction, prostitution and gender-based violence, increased risk of epidemics like COVID-19, cholera and meningitis as some of the reasons for camp closures. It is totally incomprehensible. It is the duty of the State to protect people and safeguard their property. While the camps are in a deplorable state, the responsibility ends at the governor’s table to complement the efforts of international aid agencies working to provide victims with a meaningful existence.

The government should not prepare the ground for yet another disaster by exposing IDPs to attacks from bloodthirsty insurgents. In Kenya, as in other countries facing social crises, efforts are constantly being made to ensure that internally displaced persons receive enhanced protection as part of a national policy. This is what is expected in Borno and not a hasty return of the internally displaced to feign victory over the terrorists.

The authorities must not indulge in complacency; the members of the terrorist groups who surrender are servants and not real fighters engaged in the violent ideology of Salafi jihadism. Zulum should reconsider this rushed action.