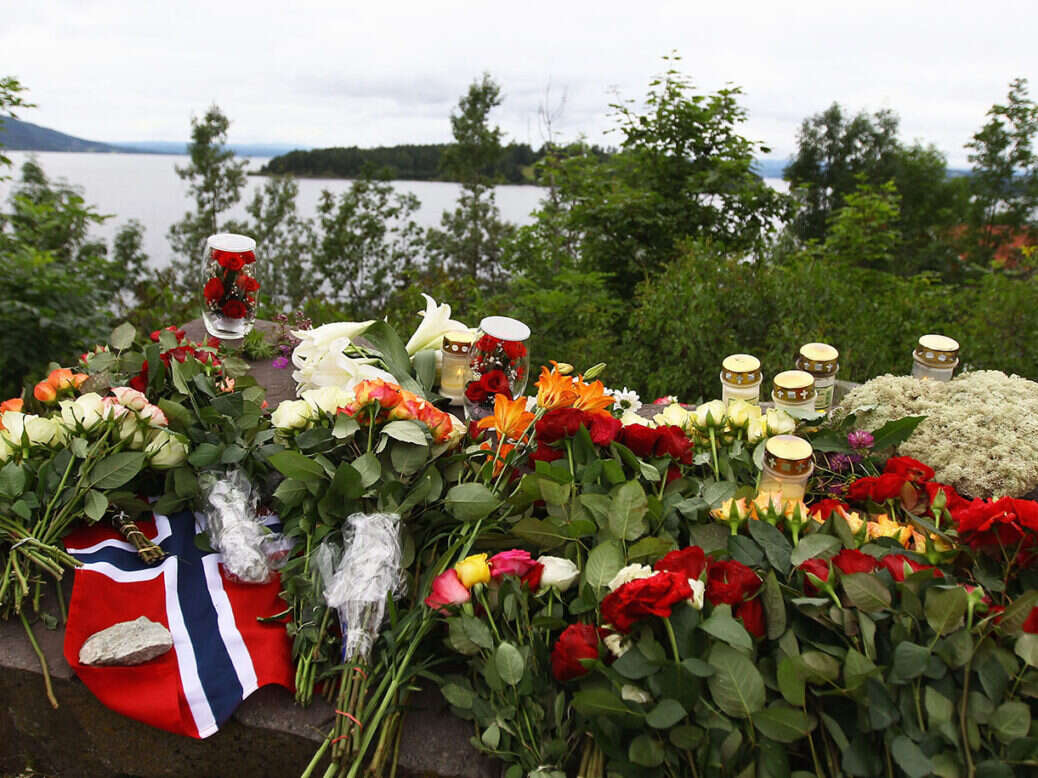 I survived the terrorist attack by Anders Breivik. I still think he’s entitled to a parole hearing

In my heart I would like Anders Breivik did not have the opportunity to appeal for his release this month. [Breivik has served ten years of a 21-year sentence, and can now appeal every year.] But I think it’s important that we respect the rule of law: even terrorists have basic human rights. We have one justice, and the terrorist would like another: he would like to give up these rights.

Last week’s hearings, which began on January 18, received international coverage, and some media showed far too much, including Breivik’s Nazi salute and message of white supremacy. This scared me, because we know that extremists are inspired by other extremists. A newspaper reprinted almost all of his hour-long statement to the court.

My father was a political journalist for NRK, the Norwegian equivalent of the BBC, so I grew up with politics; it was what we talked about around the dinner table. When I was 11, I joined the Socialist Youth Party, which is on the left of the Norwegian Labor Party. When I was 13, I joined Labor because the party had a more moderate stance on NATO membership – I was on the left, but wanted to feel connected to Europe. I went to the Labor Youth Summer Camps on Utoya Island, near Oslo, every year from 2006 to 2011.

It was raining heavily on July 22, 2011. There was a meeting that morning with Gro Harlem Brundtland, who was Norway’s first female prime minister. She spoke about the 1930s in Europe and Hitler’s journey to power: how important it was to fight right-wing extremists. Then I went to a workshop, where I saw on my phone that there had been an explosion in Oslo [when a bomb went off near the Prime Minister’s Office]. We had a meeting where we were assured that we were safe, as we were on an island.

I walked to the barn where I lived to get headphones so I could listen to the radio. On the way, a girl stopped me to tell me that the police had arrived on the island – they had weapons and they were going to do a bomb search. I thought that was very comforting. We were OK.

I entered the barn, and outside I heard rockets or fireworks; I thought it was a bad joke and went out to find those responsible. About 25 meters away I saw a woman, the island manager, on the ground. I saw a man in a police uniform holding a gun and another man being shot: it was as if electricity was running through his body as he fell.

A little boy approached me, he must have been 11, and told me to run. When I was almost at the top of the hill, I looked back and saw the man coming slowly after me, his gun drawn. I started running towards camp and telling others to run – but when I got there my body froze. I couldn’t utter a single word. We heard gunshots coming closer, then we saw the man come over the hill. The panic started, everyone running everywhere. Utoya is not a big island; it takes 10 to 15 minutes to go around.

I ran into the woods, thinking I could take shelter from the cliffs, or go down to the water, but they were too steep: 10 to 15 meters high. i saw a girl [hiding] just below the edge of the cliff. She asked me if it was a rehearsal. I remember I had to pinch my arm, hard, to make sure it wasn’t a bad dream. At one point he was close enough that we could hear him breathing, and it made me think of Harry Potter and Voldemort. He was right above us, shooting people running in the water. Then he moved away ten meters; he was looking the other way. We would run. I saw the water getting closer and closer, and the last thing that came to mind was, “Now I’m dying,” before everything went black.

The terrorist hit me in the left leg and I fell off the cliff into the water. I don’t know how long I was out, ten minutes or an hour, but when I woke up my first thought was “I’m alive”. I heard the birds chirping, and it was a beautiful moment after all I had seen. Some people came to pick me up in the water. A girl was lying next to me to keep me warm and a boy ripped off a piece of my shorts to make a tourniquet. The wound was 14 cm long. A boat brought me back to the mainland. Along the way, someone asked me which musicians I liked. I said Queen and Michael Jackson, so we sang “Bohemian Rhapsody” until we got to opera – it’s too hard to sing. We sang “We Are the World”, all to keep me from falling asleep.

I was hospitalized for three months and had over 30 leg operations. I was supposed to go to college to study economics that semester, but it was a long re-education. Other people my age were going to college or joining the military. It was hard to see the world moving forward.

I testified to the trial, something I dreaded. But when the day came and I found myself on the witness stand, it was actually a relief. I had been afraid of Breivik and I had had terrible nightmares. But seeing him handcuffed, with the police on top of him, it was good to know he no longer had any power over me.

I started my degree in economics, but quit after one semester. It was too soon – I was still on crutches and very tired. I returned home to Hammerfest in the far north of Norway and started working, becoming deputy mayor of County of Troms and Finnmark I was elected mayor in December 2021 and am studying law alongside my job.

Labor has only been in government for about 100 days, and we still need to get more politics out into the world. But I already see small changes. [In October 2021 the new prime minister Jonas Gahr Store, leader of the Labour party, agreed to form a minority centre-left government with the Centre party.] We just had eight years of Conservative government and some people had a great time, especially the wealthy. The focus now needs to be on creating a more equal society, where everyone has opportunities. This is my hope for the next four years.

Recent opinion polls have shown that Norwegians are more open to other nations and religions. But at the same time, I see far-right ideologies and attitudes normalizing; there are more far-right views in TV debates, which scares me. In March 2018, the justice minister of the right-wing Progress party posted a Facebook message stating that the Labor Party “believes that the rights of terrorists are more important than the security of the nation”, which escalated into a national debate. After participating, I received an encrypted email asking me why Breivik didn’t do better, that I should have died on Utoya. I got a text saying: Watch out, next time I’ll be around the corner with a Glock. The police could not find out who was behind them.

Do I have hope for the future of progressive politics in Norway? I think how a government talks about, for example, Muslims is important – and now we have a government that will talk differently about immigration, that will talk about what people from other cultures bring. I am still in contact with many people who were on Utoya in 2011, and who remain active in politics. Two ministers of the new government were there: the ministers for education, and for trade and industry.

We should have a debate about whether it is possible to impose life sentences in Norway. It probably should be, after such a terrible attack, but I don’t think Breivik will ever return to society. In the current system, you can still stay in prison for life. We can’t change the law just for him, that would give him an importance he doesn’t deserve.

As said to Melissa Denes

[see also: Living in the shadow of Breivik: why 22 July could be the anti-fascist movie of our times]