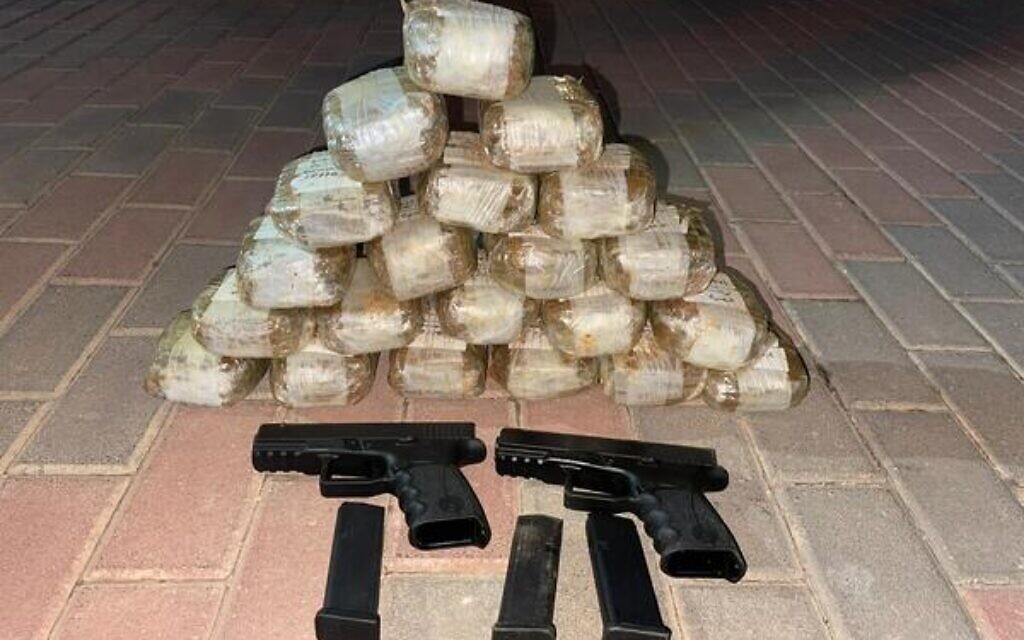 Israeli security forces said on Saturday they had foiled an operation to smuggle drugs and arms from Lebanon, potentially on behalf of the terrorist organization Hezbollah.

The IDF said suspects were seen near the northern border town of Metula, at which time troops were dispatched to the scene where they seized the contraband.

Police say they have opened an investigation into the incident. No arrests were reported.

“The possibility that the [smuggling] attempt was made with the help of the terrorist organization Hezbollah is under review, ”the IDF said in a statement.

Hezbollah has long maintained control of the area adjacent to the border with Israel and is unlikely to ignore the smuggling operations.

The terrorist group is known to finance its activities by selling drugs around the world, including producing large amounts of hashish in eastern Lebanon.

In June, the IDF said it arrested an Arab Israeli father and son on suspicion of smuggling large amounts of hashish and firearms from Lebanon, also potentially on behalf of Hezbollah.

An Israeli investigator unpacks bricks of hashish smuggled into the country from Lebanon on June 2, 2021. (Israel Defense Forces)

The suspects were found in possession of 15 handguns, dozens of ammunition magazines and some 36 kilograms (80 pounds) of hashish. In total, the IDF said the contraband was worth around 2 million shekels ($ 616,000).

Although most illegal firearms in Israel are used for criminal purposes, not necessarily for terrorist purposes, Israeli security services believed at least some of the pistols in the June transport were intended for use in attacks. terrorists orchestrated by Hezbollah. Israeli officials declined to say how they came to this conclusion.

Sri Lankans demonstrate against Pakistan for supporting Taliban in Afghanistan