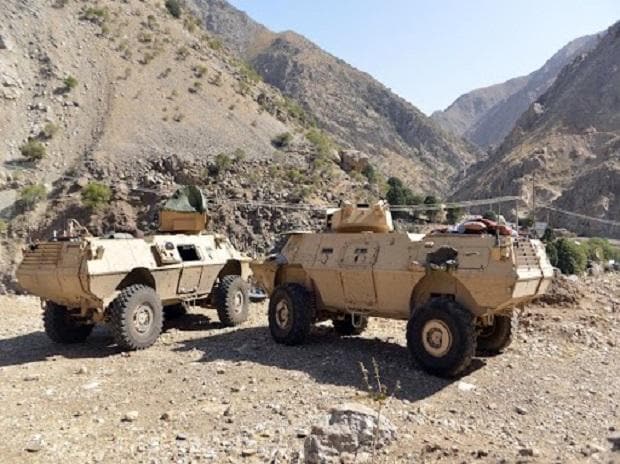 
During the United Nations Security Council (UNSC) briefing on Afghanistan, India expressed its deepest condolences to the victims and their families who were affected by the devastating earthquake in Afghanistan and is committed to providing assistance and support in this hour of need.

The Permanent Representative to the UN, Ambassador TS Tirumurti, addressing the Council said: “At the outset, I express my deepest condolences to the victims and their families, as well as to all those who been affected by the devastating earthquake in Afghanistan. India shares the pain of the people. of Afghanistan and stands ready to provide assistance and support in this hour of need. »

Tirumurti noted that as a contiguous neighbor and a long-time partner of Afghanistan, India has vested interests in ensuring the return of peace and stability in the country.

“Given our strong historical and civilizational ties with the Afghan people, we are deeply concerned about recent developments in Afghanistan, particularly the deteriorating humanitarian situation,” he added.

The Ambassador underscored India’s support for Security Council Resolution 2615 which provided humanitarian assistance to Afghanistan, while ensuring that the Security Council continues to exercise its oversight to guard against any possible diversion. of funds and any misuse of sanction waivers.

“We take note of the Emergency Relief Coordinator’s briefing on the operation of the resolution. We hope that the ‘humanitarian exceptions’ of this resolution will be fully utilized by UN agencies and their aid partners,” Tirumurti pointed out.

India reaffirmed that humanitarian assistance should be based on the principles of neutrality, impartiality and independence. “The disbursement of humanitarian aid must be non-discriminatory and accessible to all, regardless of ethnicity, religion or political beliefs. In particular, aid must first reach the most vulnerable, including women , children and minorities,” noted the Ambassador. during the briefing.

In response to the humanitarian needs of the Afghan people, India has sent several humanitarian aid shipments consisting of 30,000 tons of wheat, 13 tons of medicine, 500,000 doses of COVID-19 vaccine and winter clothes.

These humanitarian shipments were handed over to the Indira Gandhi Children’s Hospital in Kabul and to specialized United Nations agencies such as the World Health Organization (WHO) and the United Nations World Food Program (UNWFP).

In addition, to oversee the use of India’s medical and grain assistance and to better assess the humanitarian needs of the Afghan people, an Indian team recently visited Kabul (June 2-3) and met representatives of international organizations involved in the distribution of humanitarian aid.

“We are now in the process of shipping more medical assistance and food grains to Afghanistan. We have also offered one million doses of COVAXIN COVID-19 ‘Made in India’ vaccines to Iran for administration to Afghan refugees. in Iran. In addition, we have helped UNICEF by providing nearly 60 million doses of polio vaccine and two tons of essential drugs,” said PR in India for the UN during the council briefing.

Tirumurti said India’s approach to Afghanistan, as always, will be guided by the country’s historic friendship and special relationship with the Afghan people.

He added that the expectations of the international community on the way forward in Afghanistan were clearly set out in Council Resolution 2593 and subsequently reiterated, including in UNSC Resolution 2626.

“It is about ensuring that the territory of Afghanistan is not used to launch terrorist attacks against other countries; the formation of a truly inclusive and representative government; the fight against terrorism and the trafficking drugs; and the preservation of the rights of women, children and minorities,” he added. said.

Speaking further, Tirumurti noted that India is closely following the security situation in Afghanistan and is actively engaging with the international community to ensure consensus on issues of security, peace and stability.

“Recent findings from the Sanctions Committee’s 1988 Analytical Support and Sanctions Monitoring Team Report indicate that the current authorities need to take much stronger measures to fulfill their anti-terrorism commitments. There is a significant increase in ISIL-K’s presence in the country and their ability to carry out attacks. ISIL-K, reportedly based in Afghanistan, continues to issue threats of terrorist attacks against other countries,” said he declared.

The ambassador went on to say that the report further noted that the Taliban still needed to dissociate itself from other terrorist groups such as Al-Qaeda, which continue to be active.

“The links between the UNSC-listed groups such as the Lashkar-e-Tayyaba and the Jaish-e-Mohammed, as well as the provocative statements made by other terrorist groups operating from Afghanistan pose a direct threat to There are, therefore, serious concerns that require our immediate attention and unified action to ensure that Afghanistan does not become a haven for other terrorist organizations, including ISIS-K, Al-Qaeda , JeM and LeT. We must see concrete progress to ensure that these terrorists, entities or their aliases do not receive any support, tacit or direct, either from Afghan soil or from regionally based terrorism sanctuaries,” Tirumurti said while specifying the need to combat acts of terrorism.

He said that on the political front, India continues to call for an inclusive cast in Afghanistan that represents all sections of Afghan society. The Ambassador added that a broad, inclusive and representative formation is necessary for national and international engagement.

Concluding his presentation, Tirumurti emphasized that peace and security in Afghanistan are essential imperatives that all must strive for collectively.