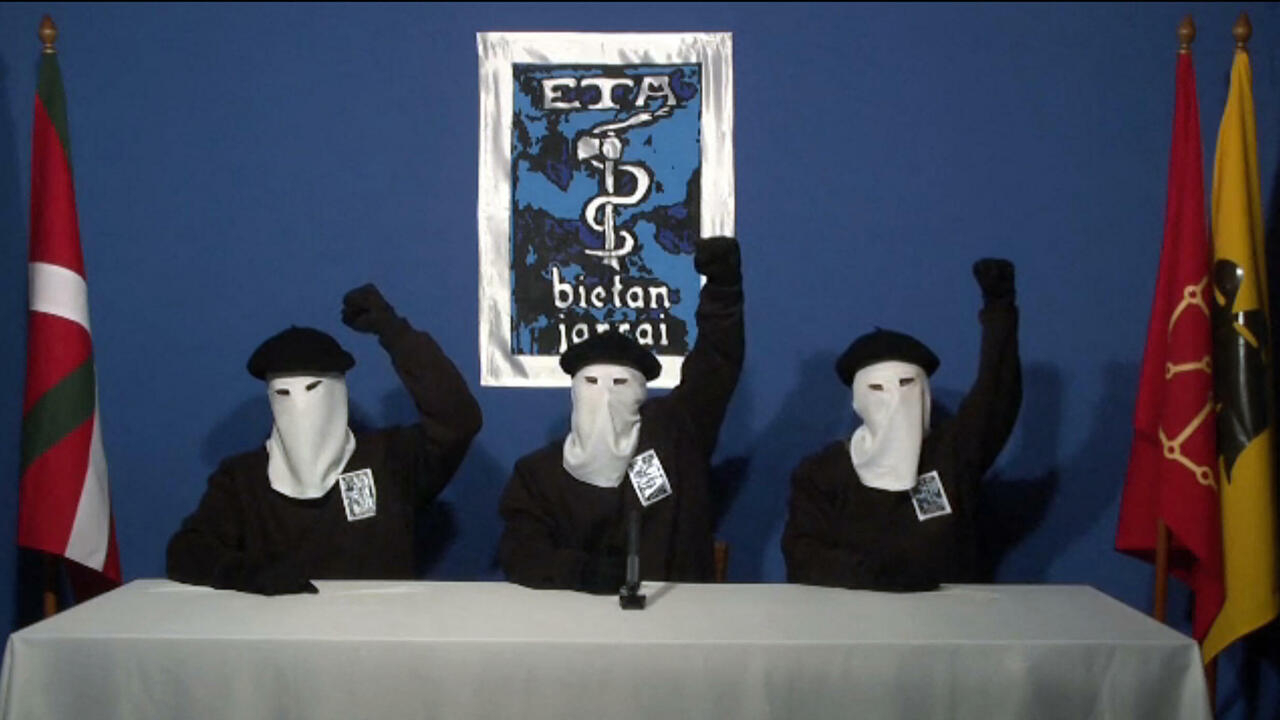 A decade after the Basque separatist group ETA renounced the use of arms, the region of northern Spain is still trying to turn the page on decades of bloodshed.

In a video released on October 20, 2011, three masked ETA leaders announced that the group classified as a terrorist organization by the European Union â€œhas decided to cease its armed activity permanently.

“It is time to look to the future with hope. It is also time to act with responsibility and courage,” they added, raising their fists in the air at the end of the video.

The announcement ended the latest armed insurgency in Western Europe.

“After ten years, we have moved forward (…) but there are still wounds that have not healed,” wrote regional leader Inigo Urkullo of the moderate Basque nationalist party PNV in a column published on Sunday.

Created in 1959 at the height of Francisco Franco’s dictatorship, which repressed Basque culture and language, ETA is accused of having killed more than 850 people in its fight for an independent Basque homeland in northern Spain and the southwest of France.

His decision to lay down his arms was a “major turning point” for the Basque separatist movement, said political scientist Rafael Leonisio Calvo, author of a book on ETA.

“It was a surprise, especially since it was an unilateral uncompromising announcement … but in reality it was the result of a long process,” he told the ‘AFP.

Several weeks before the announcement, secret negotiations took place between ETA leaders and the Spanish government via intermediaries.

The framework for the talks was agreed with then-Spanish Socialist Prime Minister JosÃ© Luis Rodriguez Zapatero, one of ETA’s historic leaders Josu Urrutikoetxea, told AFP in a recent interview.

The talks culminated in an international peace conference held in October 2011 in the Basque seaside town of San SebastiÃ¡n, where ETA was called on to end its armed struggle to “promote reconciliation”.

At the time, ETA was severely weakened by the arrests of its main leaders and the seizure of its weapons.

The group was also pressured by its political wing – under pressure from Basque public opinion – to “change strategy” and abandon violence, said Eguzki Urteaga, a sociologist at the University of the Basque Country.

“During the Franco era, ETA enjoyed a sort of aura among part of the population opposed to the regime,” he told AFP.

“But then the rejection of armed struggle continued to grow, especially after 1995, when ETA decided to broaden its targets to include members of civil society.”

This view is shared by Calvo, who said ETA was at a “dead end” at the time.

“Polls have shown that even among separatist voters, support for ETA has declined dramatically and has become a minority,” he added.

ETA continued to pacify after announcing that it had abandoned violence.

In April 2017, the group surrendered and the following year apologized to its victims, just days before officially declaring its disbandment.

Victims’ groups denounce the jubilant ceremonies organized for ETA members on their release from prison and complain that some 300 ETA murders have not been resolved.

But Spain’s main central government spokeswoman Isabel Rodriguez said on Tuesday that Basque separatists must “go much further” and condemn the ceremonies held when ETA members are released from prison.

Family members of ETA prisoners complain that many are still being held in prisons far from their relatives.

But a demonstration scheduled for September to demand the release from prison of ETA member Henri Parot, who is serving a long sentence for his role in 39 murders, was called off after triggering counter-protests.

Arnaldo Otegi, leader of the far-left Basque independence party EH Bildu, which is seen as the heir to the former political wing of ETA, apologized on Monday for the “suffering endured” by the victims of the ETA.

“It should never have happened,” he added.

At Pittsburgh Anti-Hate Summit, Tree of Life shooting is a warning to all – J.