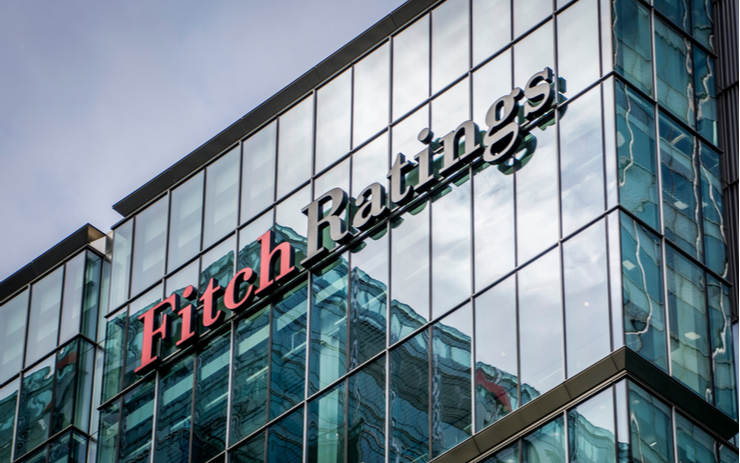 Fitch Ratings, a global credit rating agency since 1913, shared their views on the emerging cryptocurrency industry.

Alastair Sewell, senior chairman of the fund asset management group for Europe, Middle East and Africa / Asia-Pacific, pays close attention to the composition and functioning of the Stablecoin reserve portfolio as a expert in mutual fund valuation.

From Fitch Ratings’ perspective, Tokenpost looks at the present and future of the cryptocurrency industry.

Q. Please introduce yourself and the company.

Fitch Ratings is a leading provider of credit ratings, reviews and research. Dedicated to providing you with value beyond rating through independent and forward-looking credit opinions, Fitch Ratings offers a global outlook shaped by strong local market experience and credit market expertise. The background, perspective and the additional information we provide have helped fund a century of growth and allow you to make important credit judgments with confidence.

Fitch’s vision is to be the best rating agency. To achieve this vision, Fitch must be at the forefront of new market developments. The technologies that underpin the cryptocurrency market may ultimately change the competitive landscape of the financial industry. As a result, Fitch has devoted significant resources to understanding the cryptocurrency industry and identifying the associated risks.

Financial market players are already showing wide acceptance of digital finance technologies. For example, significant efforts are underway to use blockchain-based methods to facilitate bond transactions. After a slow start, regulators are also now quite advanced in their review of the treatment of the digital finance and cryptocurrency industry. It therefore appears that cryptocurrencies will have a place in the future of finance.

Q. Your report says that El Salvador’s decision could weaken insurance companies. In your opinion, what are the positive and negative effects of the country’s adoption of Bitcoin?

The decision to officially adopt bitcoin is a way for Salvadorans to access more payment methods, given that more than three-quarters of the population is unbanked. We note that the government’s rollout of the Chivo Wallet app has been boosted by $ 30 bitcoin rewards. Access to bitcoin offers a means of financial inclusion for those who are considered too risky to be supported by the mainstream financial sector. The use of bitcoin could also be very useful in facilitating the remittances of Salvadorians working abroad.

However, we believe that the high level of price volatility of bitcoin will call into question its use as a store of value and as a means of payment. And, if citizens decide they want their salaries to be paid in bitcoin, which is now an option available to them, their monthly income could see massive fluctuations from month to month.

Fitch does not expect bitcoin to be widely used by insurers to make claims or indemnity payments or by insurance companies to offer policies denominated in digital currency. Insurers will likely convert bitcoin to USD as quickly as possible to limit currency risk, if policyholders decide to use it to pay premiums. Insurers who hold bitcoin on their balance sheets for long periods of time will be highly exposed to its price volatility, which will increase asset risk, which is negative for credit.

Bitcoin’s lack of transparency could increase the risk of money laundering if the regulations do not fully comply with Financial Action Task Force (FATF) standards. Foreign correspondent banks may require due diligence and more detailed controls over El Salvador’s financial institutions if regulations and controls are not strong enough to prevent tax evasion, money laundering and terrorist financing .

Q. How do you rate large cryptocurrencies such as Bitcoin, Ethereum, and Ripple as financial assets?

Fitch would generally treat cryptocurrency exposures as high-risk investments in his analysis of entity balance sheets. Cryptocurrencies have demonstrated significant price volatility and may be exposed to high KYC and AML risks. In addition, the gap in the legal and regulatory characterization of cryptocurrencies in major jurisdictions contributes to weaker investor protection with respect to the distribution and trading of cryptocurrencies.

Q. I wonder how you see the future of the cryptocurrency market? What factors do you think will affect the outlook?

Cryptocurrencies seem to be more and more established and have now reached a scale. The recent clearance of cryptocurrency-based ETFs in major fund homes such as the United States and Australia, combined with increasing regulatory clarity on cryptocurrencies, suggests that they will persist under the financial system. However, as China has demonstrated, regulations can change dramatically, potentially limiting the future of cryptocurrencies or changing their primary use cases. History shows that private money did not persist for prolonged periods, only to gradually disappear in favor of sovereign money. The extent to which jurisdictions adopt CBDCs can therefore become an important determinant of the future of the private cryptocurrency sector.

DeFi builds financial services in software form and has the potential to recreate the entire finance ecosystem using new technical foundations, beyond international borders. Although decentralized finance is still in the early stages of its evolution, the total value locked in DeFi of various types (collateral pools, DeFi smart contracts / protocols) in major platforms such as Maker, Compound, Uniswap and Aave grew very quickly. Although existing regulations should apply to DeFi, the fragmented and decentralized nature of the platforms makes it very difficult to enforce national legal, tax and regulatory regimes that have been developed around traditional centralized financial systems. We expect regulators to fundamentally rethink their approach to providing coordinated guidelines to ensure adequate investor protection and legal certainty, while promoting market integrity and financial stability.

Stablecoins may ultimately be better accepted by end users and regulators than other cryptocurrencies. Again, however, much will depend on the regulatory treatment of stablecoin issuers and the composition of their reserve assets, as well as the changes stablecoins make to their terms of operation in response to actual or anticipated regulatory changes. The current regulatory stance appears to increasingly favor the treatment of stablecoin issuers as banks, which could have significant consequences for their capital structure and the composition of their reserve portfolio, among other factors.

Highlights of the Charlie Hebdo attacks in 2015