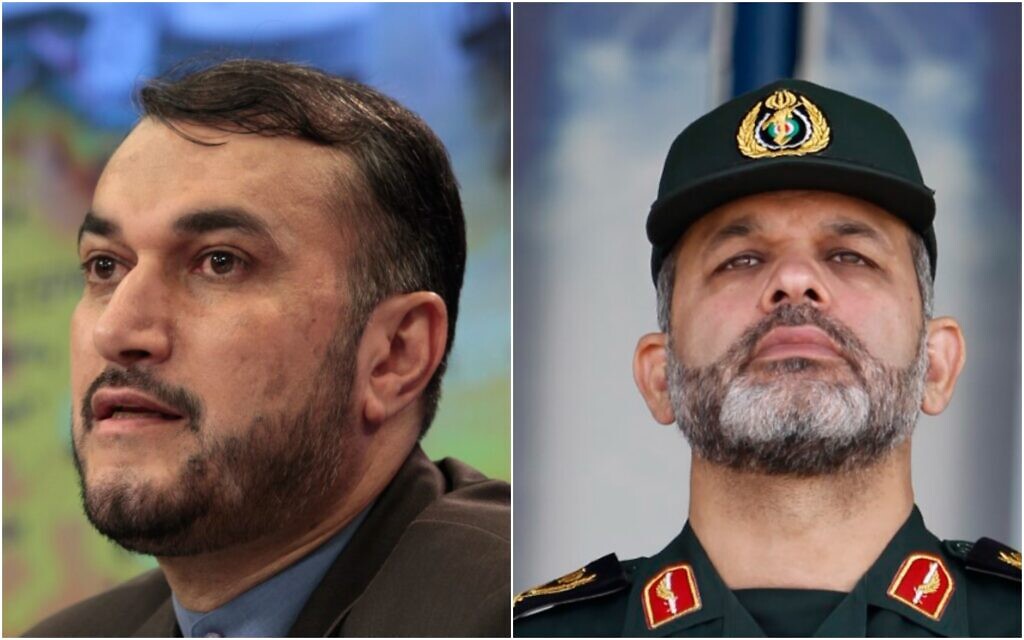 Iran’s new president on Wednesday presented a cabinet dominated by extremists, state television reported, including a foreign minister known for his close ties to Hezbollah and an interior minister wanted by Interpol for his role suspected in the 1994 bombing of a Jewish cultural center in Buenos Aires.

Amirabdollahian, 56, has served in various administrations over the decades. He was deputy foreign minister for Arab and African affairs under former radical populist president Mahmoud Ahmadinejad, known in the West for his denial and his contested re-election in 2009.

According to Reuters, Amirabdollahian is an avowed anti-Westerner who is said to have close ties with the Hezbollah terrorist group in Lebanon as well as with the Iranian Revolutionary Guard force.

The parties to the nuclear deal met in Vienna for months to try to revive the deal. The latest round of talks ended in June with no date set for their resumption. Raisi has vowed that his administration will focus on lifting sanctions that have hurt Iran’s already struggling economy.

Raisi also named General Ahmad Vahidi – a former defense minister blacklisted by the United States in 2010 – as his home secretary. He was the head of the Revolutionary Guard’s Quds Force, its international operational arm, at the time of the bombing of the AMIA Jewish Center in the Argentine capital. His name was on an Interpol “red notice” list for the attack on the AMIA building.

The 1994 AMIA (Mutual Israelite Association of Argentina) bombing, carried out by a Lebanese suicide bomber who drove a car bomb into the multi-story building, left 85 dead and hundreds injured. The suicide bomber was later identified as Ibrahim Hussein Berro, a member of the Iranian-backed Hezbollah terrorist group, and he was allegedly aided by other Hezbollah operatives and Iranians.

The families of the victims of the attack have renewed their demands for justice on the anniversary of the attack last month, angry that no one was ever convicted.

The Iranian cabinet list, which offered few surprises, has yet to be confirmed by the country’s parliament. The Supreme Leader is also usually involved in the selection of officials for the most sensitive posts, such as Minister of Foreign Affairs.

Javad Owji, 54, a long-time civil servant in the country’s vital oil and gas sector, has been appointed Minister of Petroleum. Raisi chose Rostam Ghasemi, a former minister of petroleum under Ahmadinejad, as minister of roads and urbanization. The list appointed General Mohammad Reza Ashtiani, former deputy chief of staff of the armed forces, as defense minister.

The climate crisis and responsible journalism

As an environmental reporter for The Times of Israel, I try to convey the facts and science behind climate change and environmental degradation, explain – and criticize – official policies affecting our future, and describe the Israeli technologies that can be part of the solution.

I am passionate about the natural world and disheartened by the dismal lack of awareness of environmental issues among most of the public and politicians in Israel.

I am proud to do my part to keep The Times of Israel readers properly informed on this vital topic – which can and must lead to policy change.

Your support, by joining The Times of Israel community, allows us to continue our important work. Would you like to join our community today?

Join the Times of Israel community Join our community Already a member? Log in to no longer see this