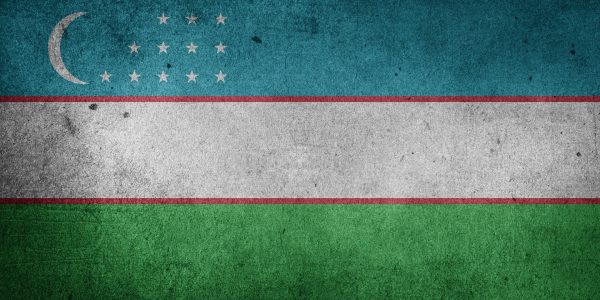 With a string of recent arrests, it appears Uzbek authorities believe Syria remains an attractive destination for would-be fighters.

In November, there were several reports of Uzbek law enforcement intercepting potential migrants en route to Syria, allegedly to become fighters, and bringing others back from foreign countries under extradition agreements to pursue them. It is difficult to conclude that there has been a wave of arrests of individuals headed for Syria based on the latest news alone without comparing information from recent years with reliable data, but a quick look at how often appearances of such cases in the news provides evidence of an increase in such cases.

One of Shavkat Mirziyoyev’s reforms after he assumed the Uzbek presidency in 2016 suspended harsh prosecutions against Muslims. There followed an appeasement of the fear of practicing Islam that characterized the regime of its predecessor, and a growing interest in seeking knowledge in order to explore religious identity among the people of Uzbekistan. An unfortunate side effect of this transition has been increased access to extreme ideas, shrouded in the guise of religious teachings – including calls to participate in jihad by joining fighters in Syria and Iraq.

During the first half of November, three independent arrests of suspected members of extremist groups took place in different parts of Uzbekistan. On November 9, in the Sirdarya region, several people were stopped for maintaining contact with unspecified terrorist organizations in Syria. Authorities claimed that the group’s leader was planning to visit Syria and that the group was distributing extremist material.

On November 5, in Termez, in the Surxondaryo region, a group of workers from a local bazaar was detained for allegedly planning to travel to Syria to join a militant group. Through a virtual group on Telegram, the individuals reportedly promoted the ideas of terrorist organizations and carried out several collective financial transactions to support individuals in Turkey, Syria and Egypt.

Learn about the story of the week and develop stories to watch from across Asia-Pacific.

The third arrest took place the same day in Samarkand, where two residents and eight others from a suspected cell created a virtual community distribute materials calling for jihad and, according to the authorities, planned to send two of its members to Syria.

Between October 30 and November 8, Uzbek security forces returned three people who had already left Uzbekistan and are believed to be on their way to Syria. On November 8, an individual wanted for alleged links with Katibat al Tawhid wal Jihad, an Uzbek terrorist group active in Syria, was stopped in an unspecified Central Asian country on his way to Syria to join the group. The individual allegedly organized and led an online group with individuals from Uzbekistan on Telegram to promote extremist ideas and discussed the plans of the group members to leave Uzbekistan for Syria in order to join the terrorist organization.

November 2, an individual has been detained in the United Arab Emirates by Interpol and extradited to Uzbekistan. The man was wanted on terrorism charges, but according to press reports he had been residing in the United States since 2006.

On October 30, a third person who left Uzbekistan as a migrant worker to Russia in 2014 and allegedly involved in international terrorist organizations online was income in Uzbekistan. From Russia, he and his wife crossed Ukraine first to Turkey and then to Syria, where he is said to have joined the Islamic State. According to authorities, he planned to participate in terrorist activities in an unspecified state in Central Asia in September 2021.

Greater freedom to practice Islam, seek religious knowledge, and explore Muslim identity in Uzbekistan over the past five years has brought its own challenges. Among these challengers are as many as possible who wish to leave Uzbekistan and join the ranks of foreign fighters. Uzbekistan’s interior ministry was motivated publish a statement last summer, asking people not to listen to religious propaganda from popular ideological leader Zofir Gafforov (a Turkish imam also known as Abdullah Zufar). The ministry accused Gafforov of being the driving force behind the spread of terrorist and extremist ideas among young people.

This litany of arrests, although separate cases, demonstrates an increase in law enforcement interceptions of suspected terrorists and sympathizers. Social media continue to feature as a means of recruiting people, distributing materials and maintaining contact between groups. These â€œinterest groupsâ€ tend to be small; the Samarkand case involved 10 people, only one or two of whom were trying to migrate to a conflict zone. Uzbekistan’s Home Affairs Ministry last summer called on individuals not to listen to extremist propaganda, says Uzbek authorities may be struggling to contain the spread of extremist ideas.