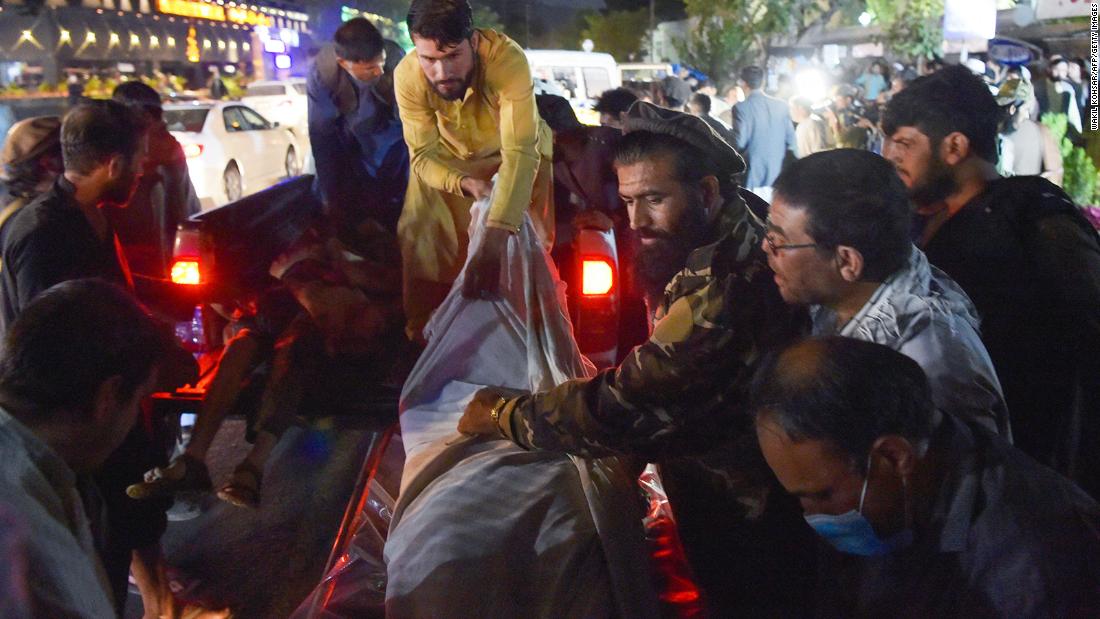 Two US officials, along with Representative Ken Calvert, a California Republican who said he had been briefed by national security officials, said the suicide bomber was released from Parwan prison at Bagram Air Force Base. The United States controlled the base until it abandoned Bagram in early July. He handed over the prison to the Afghan authorities in 2013.

The revelation highlights the chaos around the last days of the withdrawal from afghanistan and the United States’ struggle to control a rapidly deteriorating situation around the airport as it relied on the Taliban to secure the airport perimeter.

Parwan prison in Bagram, as well as Pul-e-Charkhi prison near Kabul, housed several hundred ISIS-K operatives, as well as thousands of other prisoners when the Taliban took control of the two facilities. hours before seizing the capital with barely a shot fired in mid-August, a regional counterterrorism source told CNN at the time. The Taliban emptied the two prisons, freeing their own members who had been imprisoned but also members of ISIS-K, which is the terrorist group‘s subsidiary in Afghanistan.

Eleven days later, on August 26, it was one of these prisoners who carried out the suicide bombing at Abbey Gate, killing all 13 US servicemen, including 11 Marines, a soldier and a sailor. These would be the last American troops killed in Afghanistan in the United States’ longest war.

On Tuesday, a Marine injured in the attack remains in serious but stable condition at Walter Reed Military Medical Center near Washington, the Marine Corps said in a statement. Another Marine receives treatment in a specialized establishment, while 16 others receive outpatient treatment.

Two US officials confirmed the identity of the assailant

ISIS-K took credit for the attack and named suicide bomber Abdul Rehman Al-Loghri. Two US officials have confirmed the identity of the assailant. First Post, an English-language news site based in India, was first to report that he had been released from Bagram prison.

The rapid transition from released prisoner to suicide bomber highlights the dangers Afghanistan could pose without a US military presence on the ground to monitor the latest developments in the country. Joint Chiefs Chairman Gen. Mark Milley said the Afghan threat is currently weaker than it was after the 9/11 attack, but warned that conditions “could be set” for a reenactment of Al-Qaeda or ISIS-K.

“It’s a real possibility in the not too distant future – six, 12, 18, 24, 36 months like that – for the re-establishment of Al Qaeda or ISIS,” Milley said. at the Capitol Hill audience last week, “and it is our job now, under different conditions, to protect American citizens from attacks from Afghanistan.”

Calvert, who is the most senior member of the House Appropriations Committee’s defense subcommittee, represented one of those killed in the suicide attack, Marine Corps Lance Corporal Kareem Nikoui. In a statement released last month, Calvert said he was briefed by national security officials on the identity of the suicide bomber and his release from Bagram prison.

In the statement, Calvert said the “catastrophic” handling of the withdrawal “led to a series of events that culminated in the tragic loss of life on August 26 outside the Kabul airport. Thirteen Americans , including one of my constituents, were killed because of bad judgment and the execution of the withdrawal of our troops. “

The Biden administration has been widely criticized for its withdrawal from Bagram, not only because of the decision to abandon a sprawling military complex that has been at the heart of US military operations in Afghanistan for nearly 20 years, but also for the way of which this was done. .

Some Afghan officials said the United States left the base in the middle of the night without warning. The Pentagon insisted that there had been communication and coordination about the handover of the base approximately 48 hours before the departure from the United States, but that the exact time of Bagram’s final departure never had been communicated to the Afghan government.

The majority of Bagram’s prisoners were terrorists

The United States handed over Bagram Air Base to the Afghan National Defense and Security Forces (ANDSF) on July 1, when the withdrawal of U.S. forces from Afghanistan was almost 90 percent complete.

At the time, there were around 5,000 prisoners in Bagram, a spokesperson for the Afghan Ministry of Defense told CNN. A few hundred were criminals, but the vast majority were terrorists, the spokesperson said, including members of al Qaeda, the Taliban and ISIS. There were also foreign prisoners from Pakistan, Chechnya and the Middle East held there. It was up to the Afghans to secure the compound.

As the United States handed Bagram over to the ANDSF, the Taliban accelerated their sweep across the country, claiming to control 150 of Afghanistan’s 407 districts on July 5. It was a sign of things to come, as provincial capitals began to fall under the Taliban offensive. in rapid succession. By mid-August, the Taliban were at the gates of Kabul and the complete collapse of the Afghan army was virtually over.

On August 15, the day of former Afghan President Ashraf Ghani’s secret flight, the Taliban reached the capital, taking control of Bagram air base and Pul-e-Charkhi prison.

By releasing the prisoners, the Taliban introduced a new threat into an already chaotic environment, just as thousands of Afghans rushed to Kabul International Airport in an attempt to flee the country. Military officials have warned of the possibility of an airport attack and ISIS-K threat, and the State Department has repeatedly warned US citizens to stay at the airport or at some doors.

The Taliban also viewed ISIS-K as an enemy, although they freed some of them from the prisons at Bagram Air Base and Pul-e-Charkhi.

Defense Secretary Lloyd Austin admitted during hearings on Capitol Hill last week that the Pentagon was surprised by the collapse of the Afghan military in 11 days. But in his opening statements at the hearings, Austin defended the decision to leave Bagram.

â€œHolding back Bagram would have required endangering up to five thousand American soldiers, just to exploit and defend it. about thirty kilometers, “he said. “Staying in Bagram – even for counterterrorism purposes – meant staying at war in Afghanistan, which the president made clear he would not do.”

Why should Southeast Asian countries be on alert for terrorist activity?