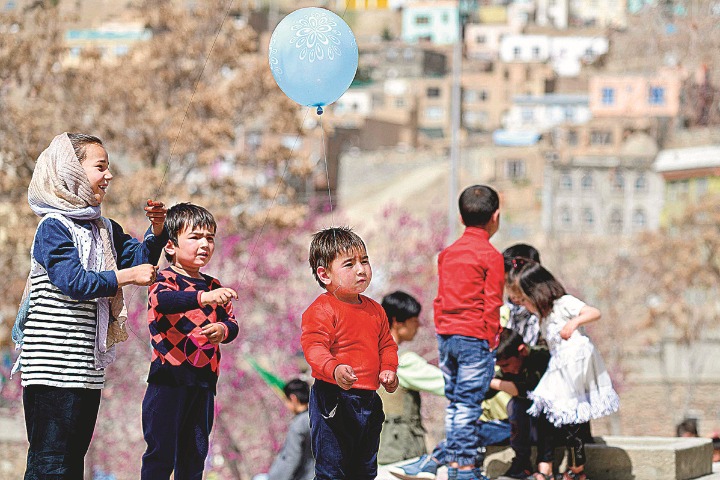 Calls were made for unity among Islamic nations as they face common issues around the world, with support for war-torn Afghanistan a key rallying point at a meeting of high level in Islamabad.

The calls were made during the 48th session of the Council of Foreign Ministers of the Organization of Islamic Cooperation, or OIC, a two-day event in the Pakistani capital which ended on Wednesday. Discussions on additional support for Afghanistan were welcomed by participants and analysts, as was the launch on Monday of a trust fund to provide humanitarian aid and enable the country’s reconstruction efforts.

Pakistani Prime Minister Imran Khan said during his speech that it is important for nations to help Afghanistan and that the sanctions imposed on the country must be lifted to avert a humanitarian crisis and strengthen the fight against terrorism.

Under the theme Building Partnerships for Unity, Justice and Development, the event also featured discussions on sustainable development and climate change, taking into account regional and global perspectives, according to the Pakistani Foreign Ministry .

OIC Secretary General Hissein Brahim Taha said efforts should be made to bring stability to Afghanistan, adding that Muslim countries should continue to provide financial support to the nation.

In a meeting with Chinese State Councilor and Foreign Minister Wang Yi, Khan stressed that cooperation between China, Afghanistan and Pakistan can help bring more stability to Afghanistan and to strengthen its relations with the countries of the region.

Amina Khan, director of the Center for Afghanistan, Middle East and Africa at the Institute for Strategic Studies in Islamabad, said: “Let’s hope that more promises on Afghanistan will be made, and that the promises that have been made before can be used to help” the war. – ravaged nation.

On Monday, the OIC and the Islamic Development Bank signed the Charter of the Humanitarian Trust Fund for Afghanistan in Islamabad to raise donations for the Afghan people, according to the OIC. The signature means that the fund’s work can now begin.

At the signing ceremony, Qureshi said the dire humanitarian situation in Afghanistan warranted urgent action. He called on OIC members, Islamic financial institutions and other international partners to donate to the trust fund. Efforts to help Afghans must be redoubled, Qureshi said.

Mehmet Rakipoglu, a Gulf and Middle East expert and researcher at Sakarya University’s Middle East Institute in Turkey, said the fund will “directly help Afghanistan in a positive way”. For the Taliban administration in charge of Afghanistan, the biggest challenge is the economy. With that in mind, the fund will be very helpful, Rakipoglu said.

Under the supervision of the development bank, the fund will serve as a mechanism to send continued humanitarian aid to Afghanistan.

In October, the United Nations established a special trust fund to provide cash directly to Afghans through a system that uses donor funds frozen since the Taliban took power in August 2021.

Arhama Siddiqa, a Middle East and North Africa expert and research fellow at the Institute for Strategic Studies in Islamabad, said a stable Afghanistan is the need of the hour, “not only for the whole region, but by domino effect, the world as a whole”.

She said the establishment of the fund is an important outcome of Pakistan’s chairmanship of the OIC Council of Foreign Ministers for 2022. The fund “takes a holistic approach in that its main objective is to induce self economic development of the Afghan people, targeting various sectors including the agricultural sector and the revamping of small and medium enterprises,” she said.

“This is undoubtedly a critical first step that will hopefully pave the way for unhindered humanitarian assistance to Afghanistan to provide much needed functionality and stability.”

Xinhua contributed to the story.

800 meters on Netflix: Release date and what the documentary is about