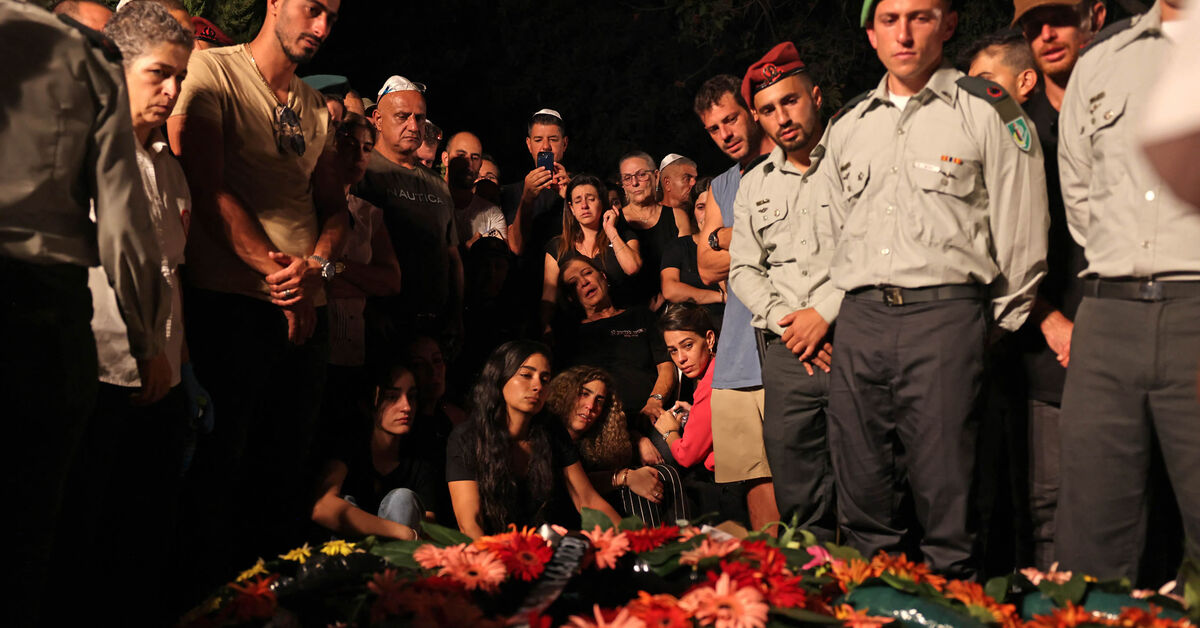 A new wave of Israeli-Palestinian violence has swept the West Bank in recent months, but it is too early to determine whether this is another round of periodic clashes that will soon end or the start of a third. Palestinian intifada.

Attacks on Israeli soldiers and settlers have intensified, the most recent being the September 15 shooting by Palestinians at a Jewish seminary in the settlement of Carmel, south of the Hebron Hills, in which an 18-year-old student of a yeshiva was injured. The army launched a manhunt for the attackers, while Hamas claimed responsibility for the attack.

Special Israeli military units have been staging night raids for months to capture suspected Palestinian terrorists in the West Bank, particularly around the northern cities of Jenin and Nablus, both considered hotbeds of anti-Israeli terrorism.

The ongoing Israeli operation, codenamed “Dykelaunched in the wake of a series of terror attacks in Israeli urban centers between March and May, aims to dry up what Israel describes as a “swamp” of terrorism and prevent its spread to other parts of the West Bank.

Raids on Palestinian villages and towns have often turned into exchanges of fire. Israel attributes the ongoing Palestinian violence, in part, to the failure of Palestinian Authority (PA) security forces to suppress militants. Reports indicate that 2022 has been (even before it ends) the deadliest year for Palestinians since 2015, with 81 Palestinians killed either by the Israel Defense Forces (IDF) or other Israeli fire.

Israeli policymakers face a complex dilemma. Should they reinforce the daily military raids into a full-scale operation of the type that Israel mounted 20 years ago in the northern region of Samaria known as the Defensive Shield? Or, reduce Israeli military activity and respond to the PA’s demand to step back and allow Palestinian security forces to reestablish their control of the area.

Palestinian security officials have told their Israeli counterparts that the current situation cannot continue, complaining that they cannot be expected to cooperate with the Israelis when armed commandos enter their homes every day. towns and villages, leaving the Palestinian forces to pick up the bodies. The message was simple: if you want us to restore order, get out.

But Israel cannot afford to disengage, arguing that its presence on the ground is vital to thwarting hundreds of planned Palestinian attacks.

Last week, Israeli police arrested a Palestinian armed with an improvised submachine gun and two homemade bombs in Jaffa, a mixed Arab-Jewish neighborhood of Tel Aviv, a few minutes before committing an attack. In the pre-dawn hours of September 14, a deputy battalion commander, Maj. Bar Falah, was killed in an exchange of fire with Palestinian terrorists along the “junction line” between Israel and the West Bank. One of the shooters was reportedly an officer in the PA counterterrorism forces. He and several others are said to be on their way to carry out a terrorist attack in Israel.

Israeli officials say that every downtime they take from their raids sparks new terrorist plots and attacks. Lapid and Gantz cannot afford a conciliatory attitude toward the PA in the run-up to the Nov. 1 election.

On the other hand, Lapid and Gantz realize that Israel’s intensive activity in Palestinian areas could hasten the collapse of the already much weakened PA, a script it is becoming more and more likely.

“The collapse of the PA,” a senior Israeli military official told Al-Monitor on condition of anonymity, “is a colossal disaster as far as we are concerned. Instead of a central administration, official institutions and the rule of law, we will once again find ourselves faced with armed gangs as we did at the beginning of the second intifada [2000-2005]. This is the darkest scenario imaginable. »

For now, Israel is trying to hold the stick at both ends, with continued military operations in the West Bank and a combination of blandishments and threats urging the PA to send its forces into trouble spots in northern Samaria to restore order.

Israel is considering various responses, including providing the PA with more effective weapons to confront the gangs and stop their advanced training in anti-Israeli terrorism. Lapid and his government face a stark choice: how to avoid the collapse of the Palestinian Authority and at the same time prevent a terrorist attack on Israelis that would ruin their prospects in the next election.

Are the Palestinians on the brink of a third uprising? Former Shin Bet director Nadav Argaman sounded the alarm to that effect in his final public appearance before leaving office last October, warning of an optimistic Israeli attitude, saying the Palestinian problem will not go away not and that the apparent calm on the ground was deceptive and masked. a bubbling cauldron.

His strategic assessment now turns out to be true, but not to the full extent, so far. A similar warning was issued earlier this year by former IDF Chief Lieutenant General (Res.) Gadi Eizenkot, who is now running for the Knesset on Gantz’s national unity list.

Israeli intelligence officials point to various catalysts for the upsurge in Palestinian violence. “There is a younger generation of Palestinians, aged 18 and 20, who did not experience the horrors of the second intifada…and do not want to continue living without hope,” a senior intelligence official said. Israelis to Al-Monitor on condition of anonymity. “This is the TikTok generation. They are influenced by video clips of terrorist attacks, the fact that every terrorist immediately turns into a local TikTok hero, and are not afraid of the IDF or the Shin Bet.

This, combined with the complete lack of hope of ending Israeli control of the West Bank and the future Palestinian state, as well as the continued decline of the PA and its perception as an inefficient and corrupt entity, explains the unrest. current.

At the same time, there are mitigating circumstances. Most Palestinians realize that they are relatively better off these days. They can count on a regular power supply, much more than their brothers in the Gaza Strip or Lebanon, the economy of the cities of the West Bank is flourishing, they enjoy relative freedom of movement within the West Bank and tens of thousands of people are allowed to work in Israel or in Israeli settlements.

“We are not yet seeing widespread protests, and most Palestinians do not want another round of fighting against Israel, but that does not mean the situation cannot deteriorate,” the source said. information. “In the Middle East, things tend to get out of control.”