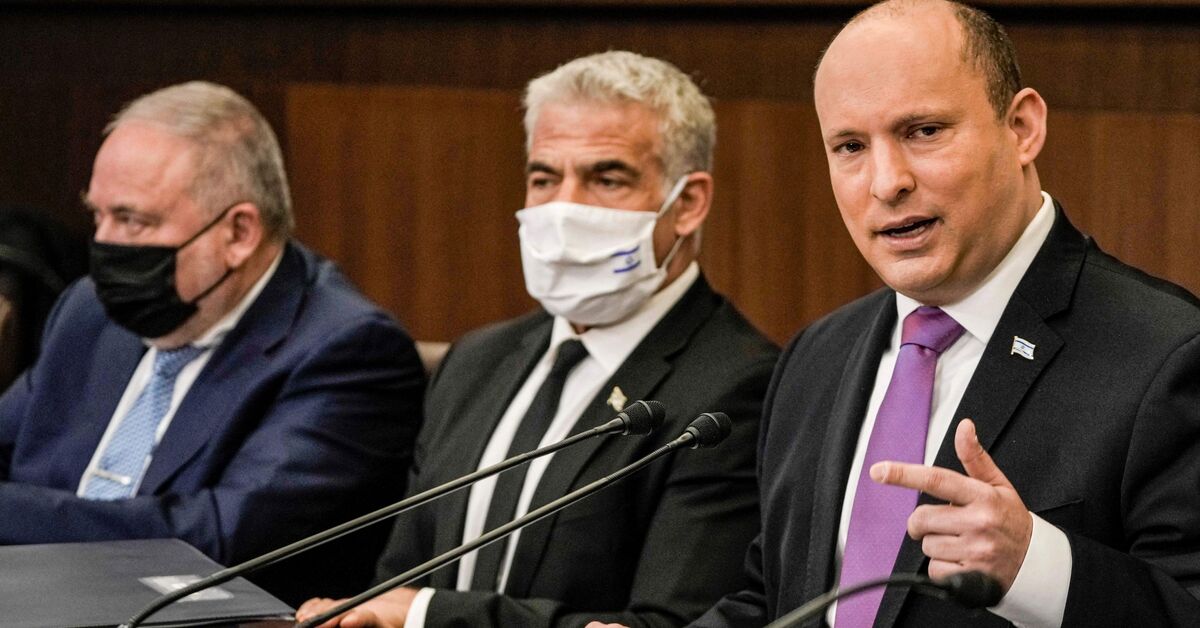 Reports pouring in from Vienna seem to indicate that a new nuclear deal between Iran and the P5+1 will be signed within days. This presents new Israeli leaders with a serious political and diplomatic challenge.

Prime Minister Naftali Bennett, unlike his predecessor Benjamin Netanyahu, prefers to avoid any conflict with the Biden administration, despite reports that the United States is eager to reach a deal at all costs. Last month, Bennett said in an interview that he would not oppose any deal between Iran and major world powers. “We are not automatic opponents. We take a practical approach. Unlike others, we do not seek to fight for the sake of fighting; we rather try to bring a result.

The Prime Minister seems to believe that this approach will ensure a better chance of a beneficial agreement. He may have learned a lesson from the bitter clashes Netanyahu had with President Obama over this very issue.

But now that a preview of the deal is starting to leak, Jerusalem has announced that it is, in fact, bad for Israel. The problem is that it may be too late to do anything.

In Israel, Bennett and Foreign Minister Yair Lapid, who is expected to replace Bennett as prime minister, face off against Netanyahu, the man in the world most identified with the fight to stop Iran’s nuclear program. For fifteen years, Netanyahu managed to label the program an existential threat to Israel and himself as “Mr. Nuclear.”

Bennett and Lapid have said in recent days that the deal is bad. However, unlike Netanyahu, they are not getting into a public clash with Biden, at least for now.

The deal taking shape with Iran will lead to “a more violent and unstable Middle East,” Bennett said Feb. 20, in a speech to the Conference of Presidents of Major Jewish Organizations in the United States. He noted that Iran “has hidden and continues to hide materials that can be used to build nuclear weapons. He insists we forget what he’s already done, but the gun still smokes.

It was in this context that he told his audience that the emerging agreement presents new challenges to Israel’s security, but that Israel will meet all of these challenges. He also said: “We have a red line. When it comes to defending itself, Israel maintains its freedom of action.

Bennett said it was important to praise the alliance between Israel and the United States and the actions of the two allies to prevent Iran from obtaining nuclear weapons. Unlike his predecessor, however, he did not threaten an Israeli attack on Iran.

Lapid also attacked the new deal without saying anything that could be construed as an attack on Biden. On Monday, in his weekly statement to the press, he called it “terrible”. Lapid pointed out that Iran would have the capability to enrich weapons-grade uranium for a bomb in just two and a half years.

He added: “And if that’s not enough, … Iran is seeking to delist the Revolutionary Guards as a terrorist organization. If not a terrorist group, then what are they? A folk dance club? The world cannot accept these audacious conditions.

Lapid concluded: “Let’s be clear: we are not bound by this agreement. Israel will maintain its security on its own. We have a powerful army, we have the Mossad and we have a determined government. We will not hesitate to prevent Iran from achieving its goal.

While Bennett and Lapid seem determined, it’s not at all clear what their policy is and how they think they can influence the deal.

During the Netanyahu era, Israelis closely watched the country’s efforts to prevent Iran from going nuclear. They saw their leadership developing a military option and even clashing with Obama. They saw Netanyahu launch his own attacks on the deal and later President Donald Trump pulled out of the deal in 2018 and reimposed the sanctions.

On February 21, Netanyahu, “Mr. Nuclear” himself, launched a campaign against the deal in Hebrew and English. In a meeting with visiting Republican and Democratic members of Congress, he said Israel had taken military action to prevent Iraq and Syria from acquiring nuclear weapons. The deals are not the way to prevent Iran from obtaining nuclear weapons, Netanyahu argued.

In one maintenance Along with the English-language I-24 network, Netanyahu was asked if the ministries involved in the negotiations should step down.

Netanyahu responded confidently: “Yeah, sure…or demand a better deal: a deal that forces Iran to dismantle its military nuclear infrastructure, that doesn’t let them develop their ballistic missiles to deliver a weapon, that stops development.” of weapons, which stops the terror. …Israel must do what it takes to defend itself against this extraordinary threat to its existence.

This means that Bennett and Lapid will also have to respond to Netanyahu’s political campaign. Bennett has previously said that over the past few months he discovered that Netanyahu had abandoned a scorched-earth policy, bringing Iran even closer to obtaining a nuclear weapon.

Daniel Sobelman of Hebrew University’s Department of International Relations has studied Iran’s emergence as a regional power. He says if the deal is a fact, there will be no way for Israel to affect it. He told Al-Monitor that he would advise Lapid and Bennett to focus on long-term politics instead, given Iran’s ability to establish itself as a home power even without nuclear weapons. “Israel must act against the strengthening of an axis of rejection led by Iran and Hezbollah, which has become a geopolitical force in recent years, as well as a prime military threat to Israel.”

Franco A.: The double life of a German far-right soldier