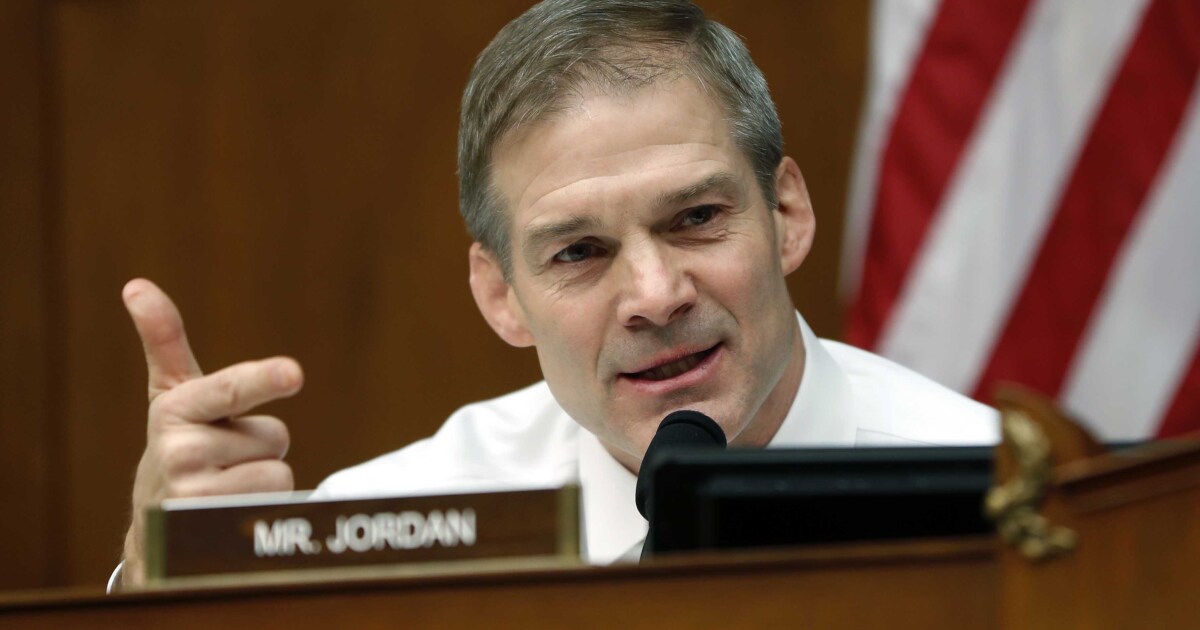 Rep. Jim Jordan (R-OH) said Wednesday he had received information from a whistleblower accusing the FBI of labeling groups domestic terrorist organizations even after they were the subject of an investigation and that they are not considered a threat.

Jordan, the senior member of the House Judiciary Committee, said in a letter to FBI Director Christopher Wray on Wednesday that the whistleblower alleges the FBI has designated a veteran-led group, American Contingency, an organization ” domestic violent extremism” despite the group being investigated and cleared by the FBI as a non-threat in 2020. Jordan further accuses the FBI of reclassifying the cases as DVE to artificially populate its data in order to advance a political narrative.

“Mike Glover is a veteran doing a good job there, but a woke FBI analyst says we’re going to investigate this guy,” Jordan said on Fox News on Wednesday, referring to the founder of American Contingency.

Jordan went on to say that if you’re “flying the flag, owning a gun, and voting for Trump, you kind of fall into that category that Joe Biden says is extremist or fascist.”

American Contingency’s website says the group is dedicated to “fostering a network of people and teams ready to respond and able to recover from difficult situations,” including helping communities affected by natural disasters. Glover claims he is a former Green Beret.

Jordan said in the letter to Wray that the FBI viewed the U.S. contingency as a potential threat because Glover “had exercised his First Amendment right to speak out in protest against the federal government” and appeared to be “gathering individuals to” take action. “.

Citing internal FBI memos, Jordan says the bureau “searched Glover’s life — obtaining his military records, his veteran disability rating, and even his monthly disability benefit — before concluding that American Contingency” wants to help. Americans to prepare for catastrophic events and not overthrow the government of the United States.'”

However, Jordan claims the bureau later labeled the group a violent extremist group in an official FBI alert, even after determining the US contingency was not a threat.

In July, Jordan said whistleblowers described the level of politicization within FBI leadership as “basically rotten,” with the bureau pressuring employees to label groups and individuals as domestic extremists despite the lack of criteria to meet such a classification.