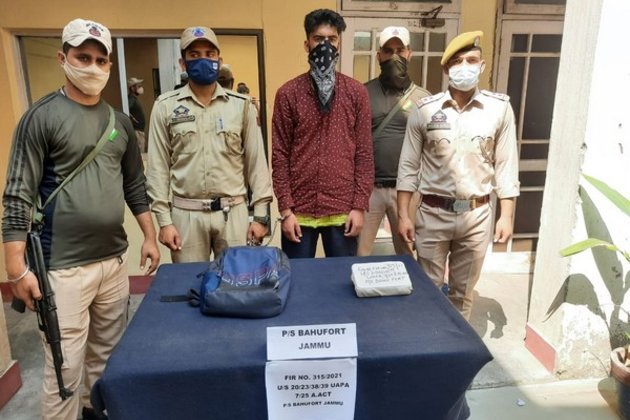 In an official statement, SOG the accused is identified as Sheikh Sunain Yousuf alias Raja alias Sultan, resident of the Gadapora region in the Shopian district of Jammu and Kashmir.

Based on reports of terrorist groups in the area, SOG said traps were set at checkpoints at various locations in Jammu City.

“A two-wheeler driver dropped the arrested accused some distance around 50-60 meters behind the checkpoint and fled. The accused began to move quickly towards a nearby lane and was carrying a blue bag on his back. On this suspicious move, part of the police pursued him and he was restrained from a distance, ”the statement said.

According to the statement, a one-star pistol loaded with seven rounds was recovered.

The statement said a case has been filed against the accused under the UAPA and weapons laws and that further investigation is underway. (ANI)