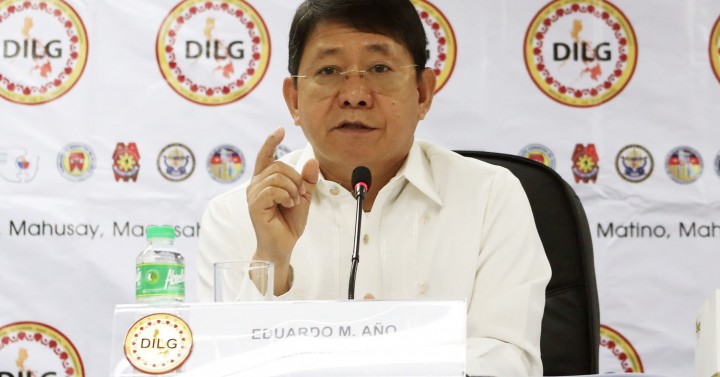 MANILA – The Ministry of the Interior and Local Governments (DILG) assured on Friday that the villages which received funds under the Barangay Development Program (BDP) after being cleared of the communist insurgency have done so. subject to a rigorous selection process.

“The selection of 822 barangays to receive BDP funds was the subject of an extensive validation process in which various stakeholders participated, in particular people from the barangays concerned. These barangays share a common history, being exploited or subjected to abuse and deception by the CPP-NPA (Communist Party of the Philippines – New People’s Army), ”Interior Secretary Eduardo Año said in a message to the Philippine News Agency (PNA).

Año’s remarks came in response to a report by the Philippine Daily Inquirer citing human rights group Karapatan as saying that the areas that received the funds were in the areas that saw the highest number of extrajudicial killings. (EJK) and incidents of human rights violations.

“Karapatan’s allegations are mere allegations and speculations which have never been substantiated by a court of law or by an official investigation. This so-called EJK has never been a policy of this government. It is not surprising that Karapatan makes these baseless allegations because everyone knows the true color of Karapatan, ”he added.

Based on DILG data, the Department of Budget and Management (DBM) approved funding for 812 barangays, covering 2,276 projects, through the issuance of a special allocation release order ( SARO) and a Fund Allocation Notice (NCA) amounting to PHP 16.24 billion as of June 30.

Meanwhile, Año said that funds allocated to the remaining 10 villages had not yet been released as these still met the documentary requirements of the project, as prescribed in policies and procedures under local budget circulars issued by the DBM.

Earlier, Año said the majority of projects identified by beneficiary barangays are infrastructure projects, which make up the bulk of the funds with 926 farm-to-market roads; 516 water and sanitation projects; 156 health posts; and 135 school buildings.

“These projects are tangible proof of the government’s willingness to bring development to remote areas that have not seen government projects for a very long time,” Año said.

Meanwhile, DILG Undersecretary Jonathan Malaya, also spokesperson for the National Working Group to End Local Communist Armed Conflicts (NTF ELCAC) on the BDP, assured that the department would closely monitor BDP projects to ensure its progress and compliance with guidelines and standards set by law.

Malaysia said the DILG would use part of its budget for third-party oversight to be conducted by an accredited non-government entity.

He also urged the public to follow the progress of these projects by regularly visiting https://www.ntfelcac.org/bdp-dashboard.

The BDP is a flagship initiative of the NTF ELCAC, the ultimate objective of which is to bring development and implement various government programs in conflict-affected and geographically isolated villages that have been considered to be “cleared” of l influence of communist rebels.

The CPP-NPA is listed as a terrorist organization by the United States, European Union, United Kingdom, Australia, Canada, New Zealand, and the Philippines. (ANP)

Twelfth message: Remember: 90% of murders in Troubles were committed by terrorists