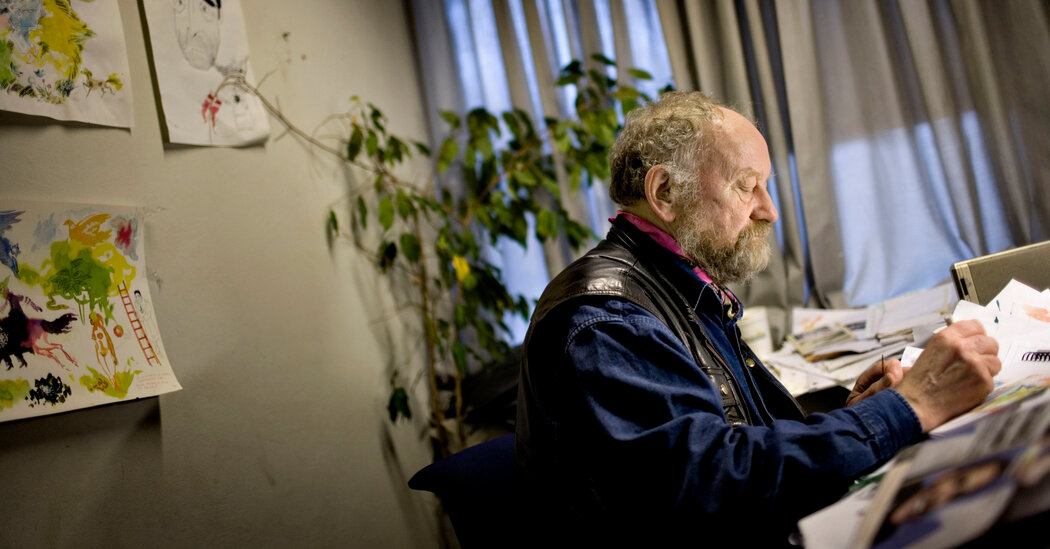 Kurt Westergaard, the Danish cartoonist whose 2005 cartoon of the Prophet Muhammad wearing a bomb-shaped turban sparked violent protests from Muslims, sparked a massacre that left 12 people dead in the offices of a French satirical magazine and made he a target of assassins for the rest of his life, died Wednesday in Copenhagen. He was 86 years old.

His family announced his death to Danish media on Sunday. No specific cause has been given.

Mr. Westergaard was one of 12 artists commissioned by Jyllands-Posten, a self-proclaimed center-right newspaper in Denmark, to draw Muhammad “as you see it”. The newspaper said that “the Muhammad cartoons” as they have come to be known – although some depict other characters – were not intended to be offensive but rather to raise questions about self-censorship and limitations. criticism of Islam.

Mr Westergaard said that in drawing his cartoon he sought to emphasize his point that some people were invoking the prophet to justify wanton violence. He later explained that the bearded man he represented could have been any Islamic fundamentalist – not necessarily the founder of Islam.

Yet many Muslims were outraged because they believed that any image of the prophet, let alone a provocative image related to terrorism, is considered blasphemous.

In 2006, Danish embassies in the Arab world were attacked in riots that left dozens dead. In 2008, three people were charged by Danish authorities with threatening to assassinate Mr. Westergaard. Two years later, a Somali Muslim intruder armed with an ax and a knife entered the artist’s house in Aarhus, which was equipped with steel doors, bulletproof glass and surveillance cameras.

At the time, Mr. Westergaard and his 5-year-old granddaughter were curled up in a walled bathroom. The intruder was shot by police and later convicted and sentenced to 10 years in prison and deportation.

In 2015, three Islamist activists stormed the Paris office of Charlie Hebdo magazine, which had reprinted the cartoons, and killed 12 people, most of them staff.

In an interview with the National Post of Denmark in 2009, Mr. Westergaard expressed his disappointment at the reaction to his cartoon by many newcomers to his country.

â€œA lot of immigrants who came to Denmark had nothing,â€ he said. â€œWe gave them everything: money, apartments, their own schools, a free university, health care. In return, we asked for one thing: respect for democratic values, including freedom of expression. Do they agree? This is my simple test.

He was born Kurt Vestergaard on July 13, 1935, in Jutland, Denmark, the peninsula bordered by the North Sea and the Baltic Sea.

Raised in a conservative Christian family, he experienced what he described as religious liberation as a high school student. He then enrolled at the University of Copenhagen to study psychology, then taught German and worked at a school for students with disabilities in Djursland. He joined Jyllands-Posten in 1983 and retired in 2010, at the age of 75.

His survivors include his wife, Gitte; their five children; 10 grandchildren; and a great-grandchild.

In 2008, Mr. Westergaard won the Sappho Prize from the Free Press Society of Denmark. In 2010 he received the M100 Media Award from German Chancellor Angela Merkel for his contributions to freedom of opinion.

“I want to be remembered as the one who struck a blow at freedom of speech,” he once said. “But there is no doubt that others will remember me as a Satan who insulted the religion of a billion people.”

Mr Westergaard and his wife lived in high security after authorities foiled the first assassination attempt on him in 2006, although it was difficult to hide a man so often neatly dressed in red pants , a black wide-brimmed hat and a giraffe-headed step. paste.

He has chosen to live openly in Aarhus in recent years.

â€œI don’t see myself as a particularly brave man,â€ he told The Guardian in 2010, adding: â€œBut in this situation, I got angry. It is not fair that you are threatened in your own country just because you are doing your job. This is an absurdity that I actually took advantage of, because it gives me a certain distrust and stubbornness. I will not stand it. And that really reduces fear a lot.