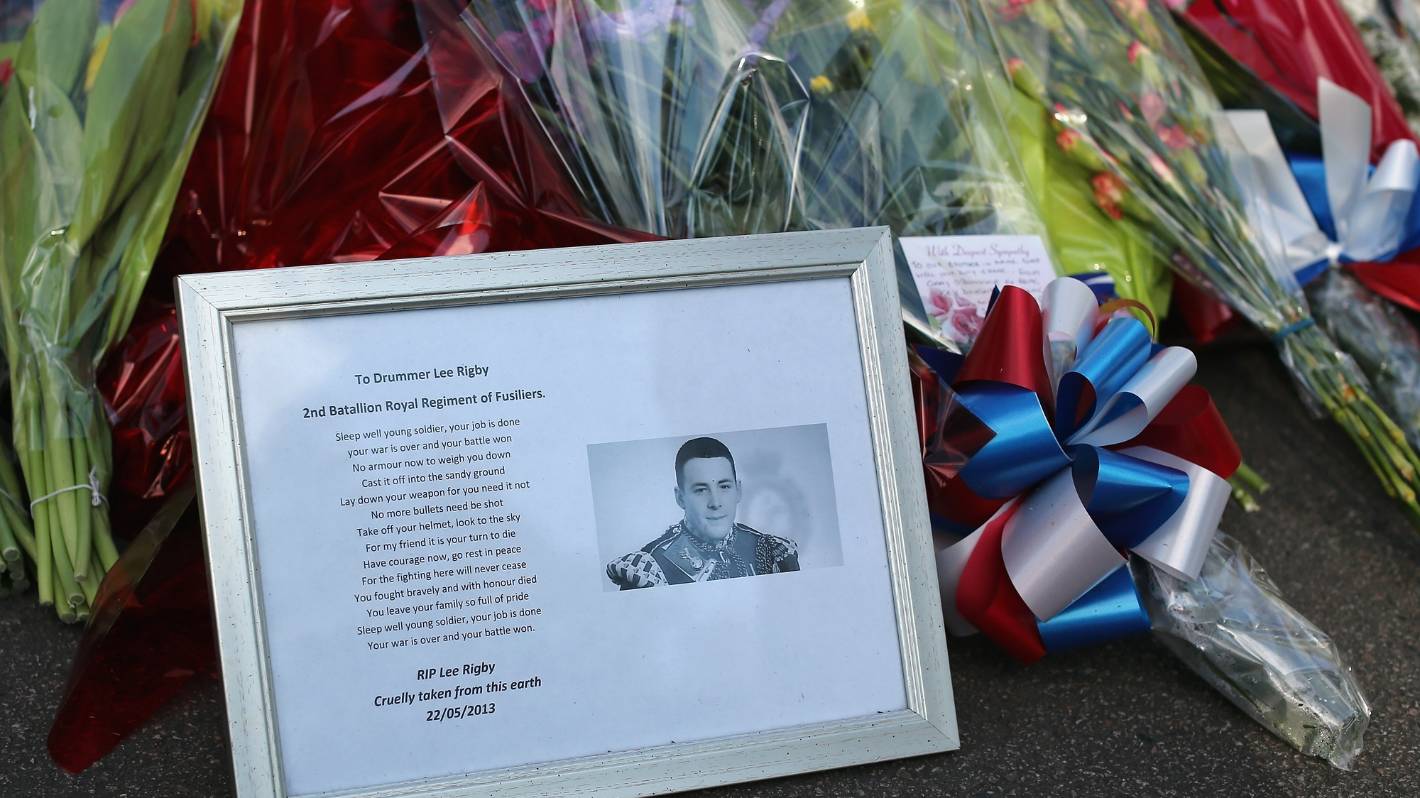 The brutal murder of drummer Lee Rigby outside Woolwich Barracks in London in 2013 changed the face of the terrorist threat in the UK and beyond, writes Donna Miles.

Donna Miles is a Christchurch-based Kiwi-Iranian columnist and writer

OPINION: Would you be surprised to learn that UK civil servants, including teachers and healthcare workers, have a legal responsibility to report individuals showing radical tendencies?

Known as the ‘duty of prevention’, the requirement came into force around July 2015, largely in response to the horrific murder of Fusilier Lee Rigby by two British Muslim converts outside an army barracks in the south east from London.

The murder was met with a huge outpouring of public grief and changed the face of the terrorist threat in the UK and around the world.

For the first time, it has been shown that deadly terrorist attacks can be carried out without sophisticated weapons, overseas training camps, foreign money or coordination with a larger network. In other words, anyone with access to a car and a kitchen knife, and enough hate in their hearts, was potentially capable of lethal violence.

Another difference was the level of brutality and the fact that the shocking murder was recorded for posterity. The attack became something of a model and was followed by similar acts of terror carried out by both Islamists and far-right extremists. The Christchurch Mosque terrorist was also a lone and random actor who developed far-right extremist views online.

This new nature of terrorism is important because it makes it nearly impossible for intelligence services to predict who the next terrorist will be. As a result, counter-terrorism efforts are increasingly focusing on reducing the risk of radicalization.

This is exactly what the UK’s Prevent program claims to achieve, but its approach to intervening at a pre-criminal stage has drawn heavy criticism from human rights lawyers, some teachers and representatives of the Muslim community who say this approach “encourages well-meaning public figures”. civil servants to look for a threat where it does not exist”.

They warn that such statewide surveillance is not only discriminatory but actively counterproductive.

I was shocked to read that an eight-year-old Muslim boy had been questioned by Prevent agents, without his parents present. The boy was reportedly asked about Islam and if he prayed, and what he thought of other religions etc. It is not difficult for this child to imagine that he is treated differently because of his religion – and also for his family and local community to lose faith in a system that allows such treatment.

And if you think none of the above is relevant to New Zealand, think again.

A 2019 report from the FinancialTimes mentioned that a large study into the evidence of the de-radicalization program was underway in Britain on behalf of the “Five Eyes” intelligence alliance, which, of course, includes New Zealand.

The report also states that the most damning assessment of Prevent comes from an unpublished report from a company partly owned by the UK government. The Behavioral Insights (BIT) team specializes in applying behavioral science to public policy. Their conclusion was that the success rates of Prevent were probably greatly exaggerated and that many government de-radicalization programs were not supported by a “sufficiently strong standard of evidence”.

Prevention remains one of the UK government’s most polarizing and controversial policies. Its budget is currently over £40m (NZ$76.6m). Rishi Sunak, as part of his bid to become Britain’s next prime minister, promises to broaden the scope of Prevent and widen the definition of ‘extremism’ to include people who ‘defame’ Britain. The plan was criticized by the former head of the UK’s counter-terrorism police as “straying into thought crimes”.

We now know a lot about the factors behind violent extremism. Generally speaking, these factors relate to structural problems within society (pull factors) and also to psychological problems (push factors). Examples of structural factors are poverty, discrimination, marginalization and inequality, while psychological issues stem from an individual’s background and personal circumstances that make them more vulnerable to extremism.

Loneliness and isolation are obvious examples, as is the search for identity and meaning. Personal or group grievances and the misuse of beliefs, political ideologies, social networks, and ethnic and cultural differences are also cited as potential push factors.

Knowing what leads to extremism is extremely useful as it helps lawmakers design policies that block radicalization. Loneliness and isolation, for example, was a huge global problem even before the arrival of Covid-19. Britain and Japan have Loneliness Ministers, and the UK has set up a £4million Local Connections Fund to connect small groups of people through projects and activities that they appreciate.

Factors of inequality and discrimination are also known, but the political will to tackle these problems is less.

As the threat of far-right extremism grows in New Zealand, so will the need to counter it. It is important that dangerous individuals and groups are not given the opportunity to reinforce themselves. But before deploying a de-radicalization program, it is necessary to require a solid empirical basis to support it, otherwise we risk intrusive surveillance of people’s daily lives.