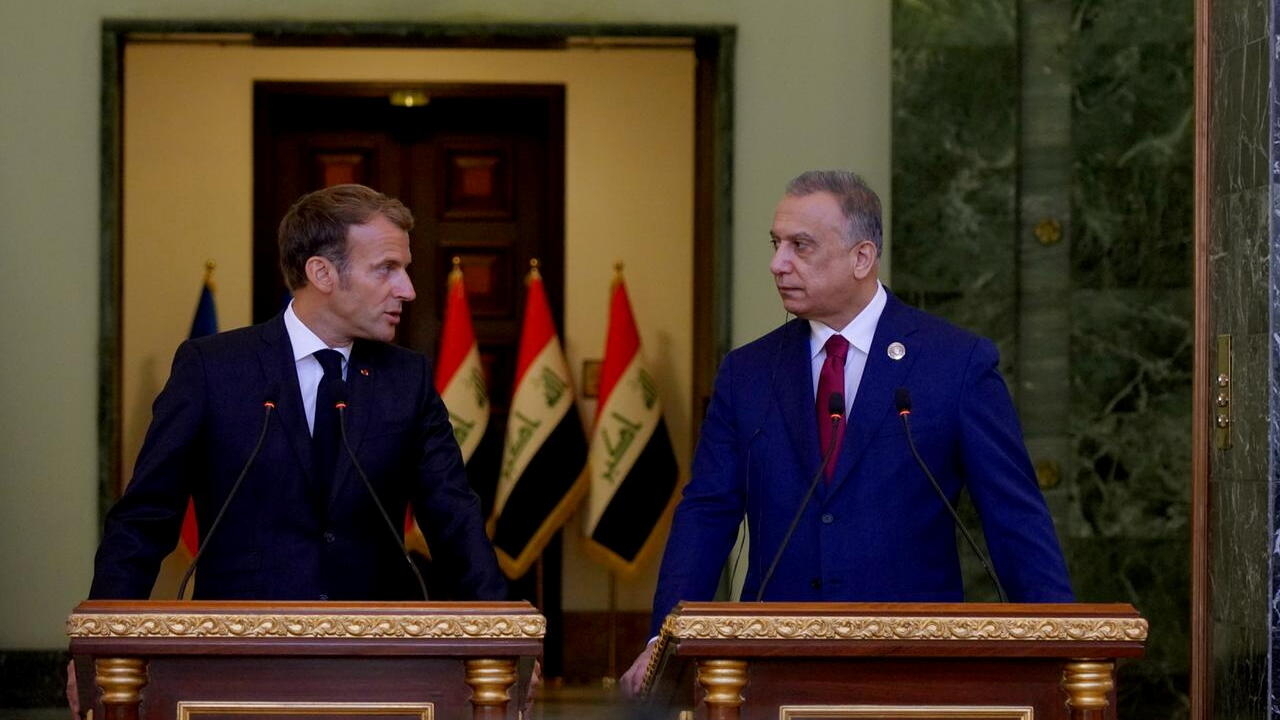 Speaking at a regional summit in Iraq, French President Emmanuel Macron said his country would continue to deploy troops there to fight terrorism, even if the United States pulled out. The comments follow a deadly attack claimed by Islamic State in Afghanistan, a country that has come under Taliban control.

“Given the geopolitical events, this conference has taken a special turn,” Macron said at the summit convened by Iraq as he seeks to play the role of regional mediator.

“No matter what choices the Americans make, we will maintain our presence in Iraq to fight terrorism,” Macron said at a press conference in Baghdad.

“We all know that we must not let our guard down, because Daesh (the Islamic State group) remains a threat, and I know that the fight against these terrorist groups is a priority of your government,” Macron told earlier in the outcome of a meeting with the Iraqis. Prime Minister Mustafa al-Kadhemi.

“The Baghdad conference is historic. It is already a success in itself, a new form of cooperation has been born.”

Fight against terrorism, support structuring regional projects and real responses to the challenges of the Middle East. All of this can only be done together. The Baghdad Conference is historic. It is already a victory in itself. A new cooperation was born. pic.twitter.com/aOT8PfFXMW


The French president considers Iraq as “essential” to stability in the Middle East.

“We refuse to allow Iraq to be used as a theater for regional or international conflicts,” Macron said.

France is currently providing military support to Iraq, including the air force, with 800 troops deployed as part of a US-led international coalition against Islamic State extremists.

In July, President Joe Biden said US combat operations in Iraq would end this year, but US soldiers would continue to train, advise and support the country’s military in the fight against ISIS.

Iraq and France are “key partners in the war on terrorism,” Kadhemi replied.

The meeting comes as Iraq, long a victim of jihadist activism, is also trying to establish itself as a mediator between the Arab countries and Iran.

Iraq, rich in oil, has been caught for years in a delicate balance between its two main allies, Iran and the United States.

Baghdad has been negotiating since April between the American ally Riyadh and Tehran on repairing the links broken in 2016.

“It was really not easy to put the Saudis and the Iranians in the same room,” said a French diplomatic source.

But an adviser to Kadhemi said the mere presence of the two foreign ministers together was in itself a “success.”

The summit comes shortly after the subsidiary of the Islamic State (IS) group claimed responsibility for Thursday’s suicide bombing in Kabul which left dozens of people dead, including 13 US servicemen.

The explosion occurred in the last few days of US-led evacuations from Afghanistan after the Taliban takeover.

The attack has rekindled concerns that the extremist organization, which seized swathes of Syria and Iraq before being driven from both countries, is reappearing, analysts said.

While in Baghdad, Macron had separate talks with the Emir of Qatar over a possible role for Doha, which has good contacts with the Taliban who have organized peace talks, in organizing further evacuations beyond. of the August 31 deadline set by Washington, sources close to the president said.

The French leader told reporters that Paris was in talks with the Taliban via Qatar to “protect and repatriate” Afghans in danger.

The evacuations are planned jointly with Qatar and could involve “airlift operations,” Macron said after the summit.

He added that France, which ended its evacuations from Afghanistan on Friday, had evacuated 2,834 people since August 17.

Macron is due to visit the Iraqi city of Mosul, the last stronghold of the IS organization before its fall in 2017, on Sunday, followed by Arbil, the capital of the northern Iraqi Kurdistan region.