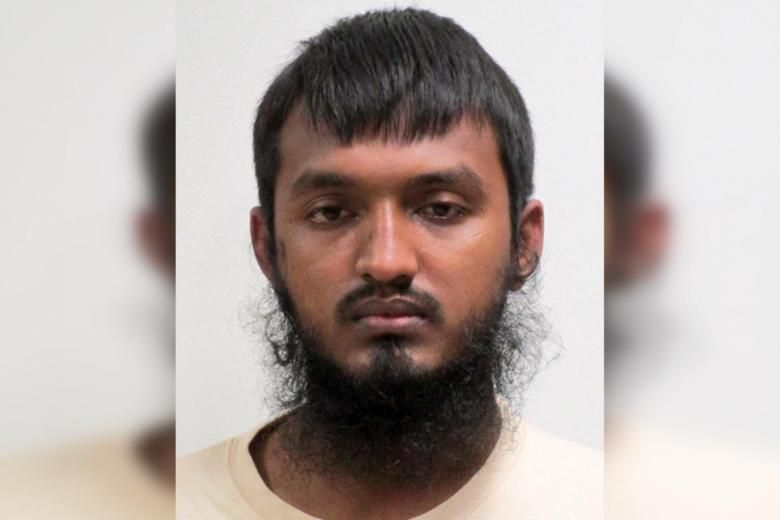 Bangladeshi Ahmed Faysal, 27, who appeared in court via video link, has been charged with 15 counts under the Terrorism (Suppression of Funding) Act.

He was later drawn to the goal of the Islamic State militant group in Iraq and Syria to establish an Islamic caliphate in Syria.

The MHA added: “In mid-2019, Ahmed Faysal pledged allegiance to (HTS), another militant group fighting to establish an Islamic caliphate in Syria.

“HTS is designated as a terrorist entity under United Nations Security Council Resolutions on the Prevention and Suppression of Terrorism and the Financing of Terrorism.”

According to court documents, Ahmed transferred the money through online platforms JustGiving, Heroic Hearts Organization and GiveBrite from February to October of last year.

He is accused of doing so to help with two fundraising campaigns – Medical Aid Syria and Ramadan 2020 Emergency Homes for Syria.

Court documents do not indicate whether these were facades for HTS.

In its statement, the MHA said it was aware that these funds could be used in whole or in part to benefit the cause of HTS in Syria.

A spokesperson for MHA said: “It is a serious offense under of the law).

“Terrorism and the financing of terrorism pose serious threats to national and international security, and global action is needed to deprive terrorist groups of funding and equipment. Singapore is part of this global effort and is firmly committed to combating terrorist financing, whether or not the funds are used to facilitate terrorist acts locally or abroad.

Ahmed was subsequently arrested under the Homeland Security Act for terrorism-related activities and issued a detention order.

On Thursday, the court heard that he intended to plead guilty on February 16 of next year.

If he is found guilty and sentenced to prison, the detention order against him will be quashed and he will serve the sentence imposed by the court.

To prevent him from spreading his radical ideas to other inmates, he will be held separately while serving his prison sentence.