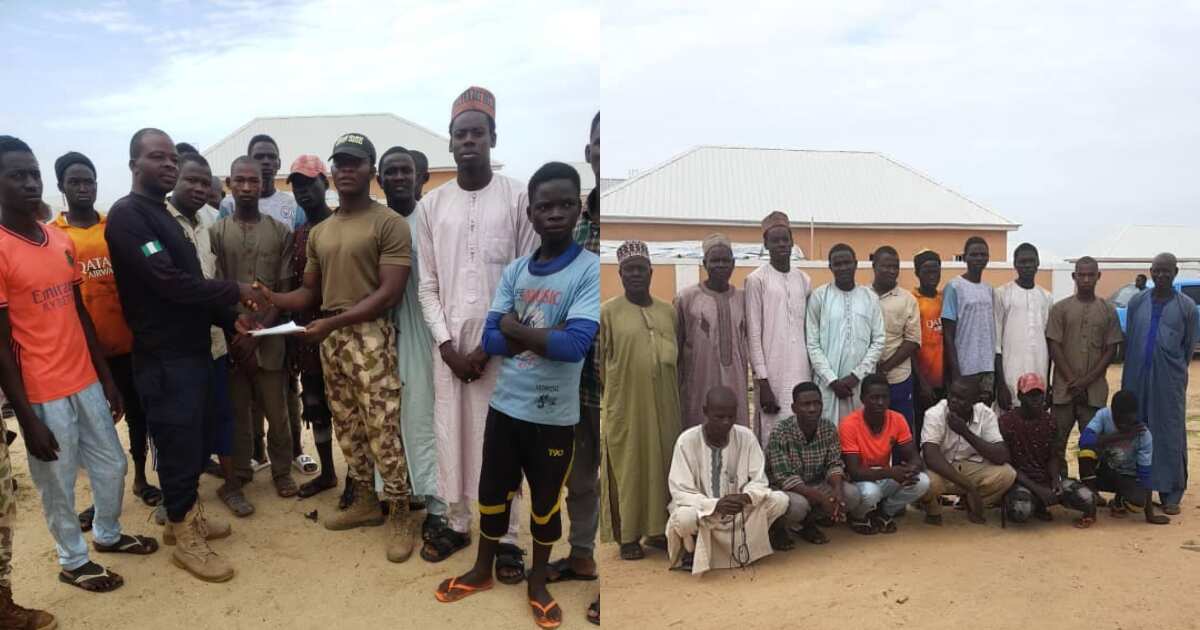 Abuja – The Nigerian military continues to record successes in the fight against terrorism as it pounces on insurgents in the northern region of the country.

Nigerian troops rescued seventeen people from an attempted kidnapping by Boko Haram terrorists in an attack along Kontori along the Maiduguri – Damaturu road in Borno state.

Soldiers attached to Operation Hadin Kai from Sector 1 deployed to the Forward Operating Base (FOB) rescued the victims after suspects attempted to infiltrate the village of Auno on Wednesday, July 7.

Onyema Nwachukwu, the director of public relations for the army in a shared statement on the Facebook Nigerian army page on Tuesday, July 13.

According to Nwachukwu, the insurgents in large numbers were intercepted by the troops who engaged them in a cannon duel.

It was also concluded that the successful operation rescued the commuting civilians who were kidnapped in the attack.

According to him, the troops carried out ambushes and demining operations as well as responded to distress calls, repelled terrorist attacks on troop sites and dominated the theater of operations.

Boko Haram: Buhari reacts to Adamawa attack, reveals what will happen to criminals

In another development, the valiant troops of the 195 Battalion, Sector 1 of Operation HADIN KAI (OPHK), in collaboration with the Civil Joint Task Force (CJTF) arrested two suspected Boko Haram logistics providers in the state of Borno.

Troops grabbed the vendors on Saturday July 3 in the general area of â€‹â€‹Muna in northern state.

The deputy commander of the Joint Task Force in the northwest region, Air Commodore Abubakar AbdulKadir, made it known in Zamfara state.

According to AbdulKadir, one of the students died during the meeting while four others and a teacher were saved alive.