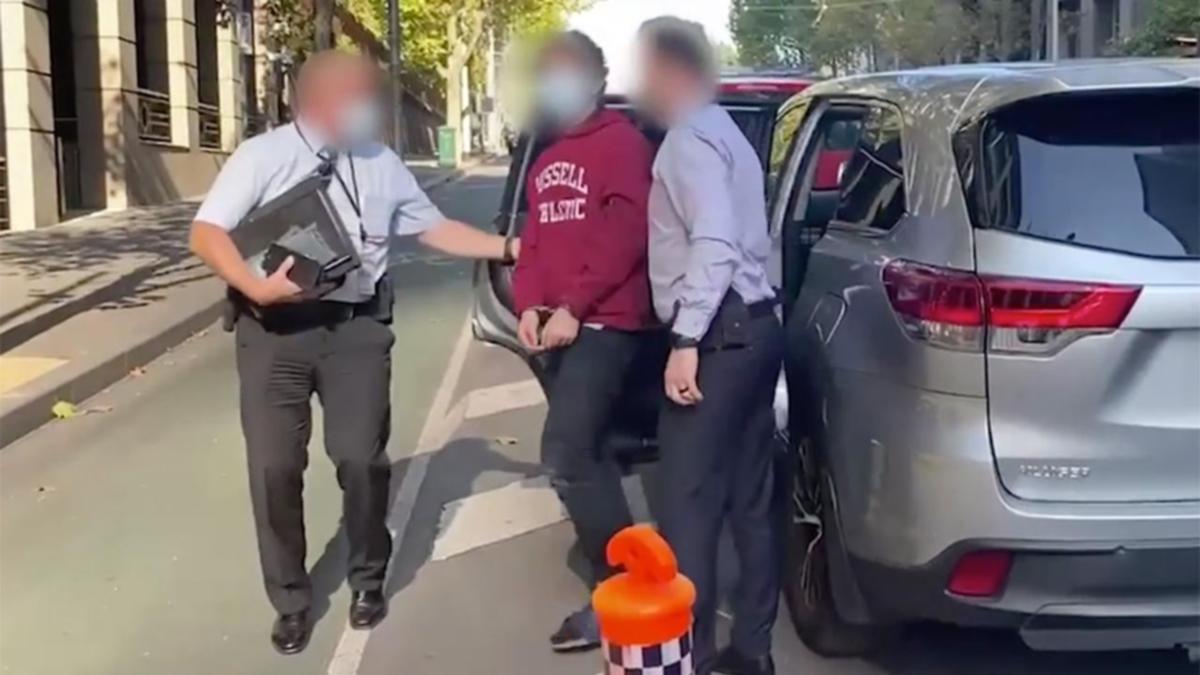 A Melbourne man made a jihadist video in which he brandished a knife, talked about shedding blood and pledged allegiance to Islamic State, a court heard.

Two brothers, Aran Sherani, 21, and Ari Sherani, 20, have been charged with attempting to carry out a terrorist act.

The court heard that Aran Sherani made 25 videos, some of which were posted on Instagram.

Early on the day of his arrest last March, he allegedly bought a knife from a Coles supermarket in north Melbourne, before making an online video in which he swears allegiance to the Islamic State.

Prosecutor Brett Sonnet said Aran Sherani filmed himself smiling as he brandished the knife and spoke of the bloodshed, expressing a desire to engage in violent jihad.

“Is the blood of Muslims cheap? No,” the 21-year-old reportedly said.

“I will punish the kafir [unbeliever] when I can.”

But defense barrister Patrick Doyle SC argued that one of the charges against Aran Sherani should be struck because there was insufficient evidence he used the knife to prepare an act. terrorist.

“Despite all the ranting and ravings this man goes on on his cell phone, no jury could ignore the fact that he never does anything with the knife consistent with attacking anyone,” Mr. Doyle.

It is also alleged that the brothers started a bushfire in Humevale on February 18 last year, in an attempted terrorist act, while Aran Sherani has also been charged over a second fire at Kinglake 10 days later.

According to testimony from police forensic officer John Kelleher, video of the Humevale fire shows it was started using flammable liquid, as well as fire starters that he later found at the scene.

“The person lighting the fire could be seen throwing several fire starters into fallen leaves and small branches near the road,” he said in a statement given to the court.

“With the third firelighter, the fire ignites and, in what seems like less than a second, travels about four meters.”

The court previously heard that the Kinglake fire was started in an area badly damaged during the deadly Black Saturday fires in 2009.

The Sherani brothers were arrested during counter-terror raids in Melbourne last March.

Earlier during the three-day committal hearing, the court was told that police believed Aran Sherani was going to a conflict zone and that he potentially posed a danger to the community if he he was unable to do so.

Magistrate Kieran Gilligan has yet to decide whether the brothers should stand trial over the allegations.

They will return to court on March 15.

The Man Nobody Knows Who Changed Boston

Now that Russia has attacked Ukraine, the West must stop Putin